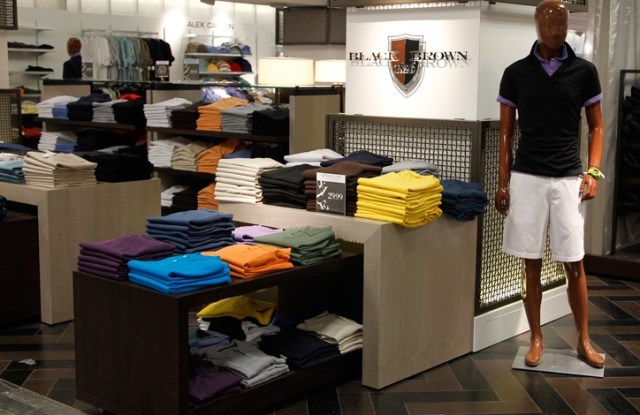 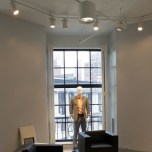 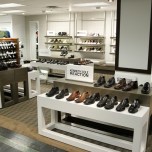 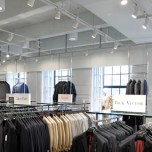 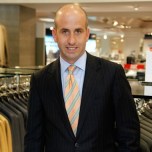 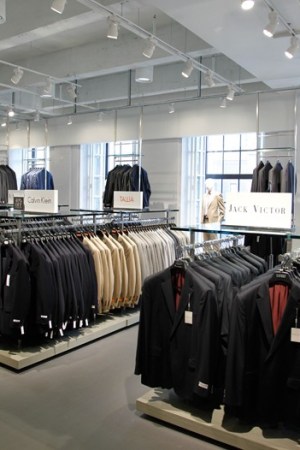 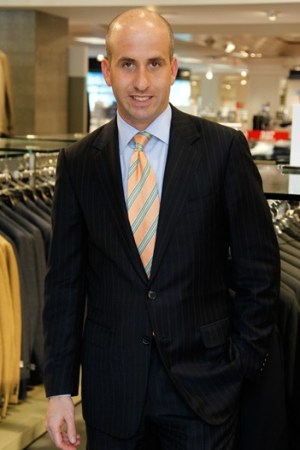 Jonathan Greller is a man on a mission.

The senior vice president and general merchandise manager of men’s for Lord & Taylor is overseeing a major renovation of the flagship’s 37,000-plus-square-foot men’s store that is expected to boost sales by 30 percent annually when completed this fall.

“The men’s business has a lot of opportunity here,” he said during a walk-through of the main and 10th floors at the landmark Fifth Avenue building. “So far we’re up 28 percent for the season, but I’m not too excited. We gave up a lot of business over the past several years and it’s time to get it back.”

Right now, men’s accounts for 12 percent of L&T’s annual sales of $1.2 billion, a figure that is lower than many of its competitors, whose men’s sales can be as high as 20 percent. And Greller is feeling the pressure.

“I owe this company a lot of sales,” he said. “The men’s business has been beaten down for many years, but I believe we’re going to get back up with our strategy of good, better, best. We offer affordable merchandise with a luxury experience.”

The flagship, too, lags many of its competitors in productivity, bringing in only around 11 percent of the company’s annual sales. Saks Fifth Avenue’s flagship, for example, accounts for 19 percent of its volume of $2.6 billion.

Although the flagship is the company’s top men’s wear volume producer, the Westchester store in Scarsdale, N.Y., runs neck and neck. “Westchester does as much business as here,” he said. “But they shouldn’t be even. We should do 30 percent more business in men’s here.”

The men’s renovation is part of a larger project by NRDC Equity Partners, L&T’s parent, which committed to spending $250 million to renovate the current fleet of 46 stores. The 650,000-square-foot Fifth Avenue flagship is getting $150 million of that money to overhaul the main, second and 10th floors.

“In my 17 years at Lord & Taylor,” Greller said, “this is the first time men’s has gotten this kind of renovation.”

On Wednesday, the updated main-floor men’s department made its debut. Although marginally smaller — 3,868 square feet versus 6,224 square feet before — updated fixtures allow the store to house as much merchandise as in the past. “We have a little less space, but we won’t lose capacity,” he said, pointing to the wooden shelves that have been added to the store’s historic columns.

Underwear, loungewear and hosiery have been relocated to the 10th floor, allowing dress shirts, neckwear and accessories such as hats, belts and bags to spread out. Among the top vendors here are Lauren by Ralph Lauren; Black Brown 1826, the Joseph Abboud-designed proprietary brand; Hugo Boss; Ike Behar; Joseph Abboud; Calvin Klein, and Kenneth Cole.

Although there is an express elevator to the 10th floor, it’s located on the south side of the store, meaning most male shoppers don’t even know it exists. As part of the renovation, one of the elevators directly behind the furnishings department will be designated a men’s express in June with clear signage indicating a straight shot to the 10th floor.

Upon exiting there, customers will walk into a new, larger Polo Ralph Lauren shop, which is currently under construction. “It will be like a Ralph Lauren store within a store,” Greller said. Polo is L&T’s top men’s vendor, he continued, and as a result, will gain around 400 additional square feet, giving it 2,875 square feet when the shop is completed in June.

Behind Polo will be Tommy Bahama, Callaway golf and Calvin Klein, as well as a jeans shop for brands as diverse as Lucky, Diesel, Levi’s and Buffalo.

Right now, only the tailored clothing and shoe departments have been completed on 10. There is improved lighting, polished floors, better displays and fixtures that enhance the mix. Whether Cole Haan or Kenneth Cole, all the shoes are given equal weight in the department.

Vendors also are highlighted more effectively within the new tailored clothing department. The biggest change here is that the stockroom in the rear has been eliminated, allowing the store’s floor-to-ceiling windows to shed natural light throughout the area. “You used to have to shop out of bunkers,” Greller said. “Now, this is a modern shop and you can really see the merchandise. This feels cooler and younger, and we know we can sell more when it’s in a better environment.”

Eventually, shirts, ties and sportswear will be merchandised with suits in order to provide more of a lifestyle presentation.

The store also added a seating area in the corner outside the newly constructed fitting rooms, which are located near a bank of windows.

Although L&T has done no advertising for the renovation, Greller said tailored clothing and shoes are both benefitting already. “The New York store as a whole is up in the high-single digits, but tailored clothing is up in the 20s,” he said. And shoes, which picked up 400 square feet in the renovation, is “the second most productive business on the floor,” Greller continued. Still to come are lifestyle shops for Joseph Abboud and Hugo Boss.

Also on tap over the next several months will be a revamped Lacoste shop and a completion of the Black Brown department. So far, a herringbone wood floor has been added to the latter and fixtures have been updated. “We made it look like a new environment,” he said. “We’re looking at expanding into other categories,” such as cuff links and belts in the short term, followed by gifts and shoes in the future.

Other vendors that will be moved around the floor include Kenneth Cole, French Connection, Perry Ellis and Ben Sherman, as wells as a Tumi shop, which will be installed at the rear of the shoe department.

Greller said that, in the past few weeks, he has been seeing a “newer, younger customer checking us out.”

All told, the men’s department is still around the same size — the elimination of the stockroom on 10 allowed selling space to expand to 33,752 square feet from 28,229 square feet, canceling out what was lost on the main floor — but these numbers don’t mean much to Greller.

“I don’t need more space,” he said, “I need to sell more. I believe the Lord & Taylor men’s store is the best-kept secret in New York. This will always be a women’s store, but my mission is to keep the women shopping here and gain more men at the same time. That way, it’s a win-win for everyone.”

Throughout the men’s department, Greller said there has not been a change in the vendors carried.

Greller said there is an opportunity to “add more luxury brands” down the road, “but not in all doors.” He said every manufacturer must earn its keep at the sales register, and if a higher-end brand can work in New York; Stamford, Conn., and Westchester, that’s where it’ll be added. “We want to understand every store we have,” he said, and adjust the mix according to the customer at each location.

The assortment was changed after Brendan Hoffman joined the company in late 2008 as chief executive officer. He quickly moved to reposition the business and bring back moderate brands that were dropped. In men’s, Jockey and Gold Toe were reintroduced, along with Levi’s and Calvin Klein Jeans. “It’s hard to run a men’s business without Jockey and Gold Toe,” Greller said. “And the customer was upset with us since they had to go elsewhere to get the brands they wanted.”

When the renovation is completed on Sept. 1, Greller said the store will launch a multimedia marketing campaign to let shoppers know about the changes.

“We want this to be the best men’s store in the city, and we believe the renovation can take us to the next level.”