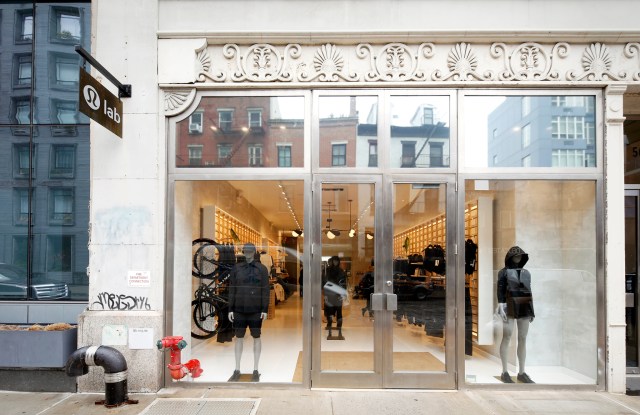 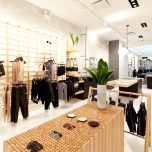 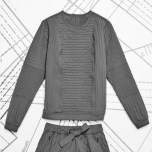 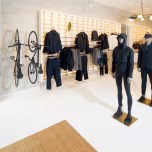 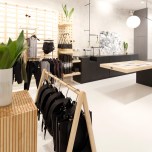 The 2,893-square-foot space, located at 50 Bond Street in NoHo, will carry the brand’s most fashion-forward selection of apparel to date. High-waisted, wide-leg trousers and crisscross backed crop tops that are bonded with heat, pressure and glue and sleek, waterproof anoraks in cropped, boxy silhouettes will be a draw to Manhattanites who might not gravitate towards the poppy prints and color heavy aesthetic of Lululemon’s main line.

The Lab is the almost 20-year-old company’s latest effort to compete in a crowded marketplace where consumers are increasingly opting to wear activewear outside the gym — and are more particular than ever about what they wear inside the gym. Nike just released images of its ongoing collaboration with Givenchy designer Riccardo Tisci that comes out this summer, and the past few years have also seen the rise of popular contemporary brands such as Tory Burch, Rebecca Minkoff, Mara Hoffman, Ramy Brook, Elie Tahari and Cynthia Rowley producing their own activewear collections. The success of retailers such as Bandier, the multibrand activewear shop that’s opened four locations in the past year, is evidence that shoppers are hungry for variety and designs that mirror fashion trends.

While Lab’s mission remains consistent — pushing the envelope regarding aspects of design, fabrication and techniques — no two cities will carry the same product in their concept stores.

For instance, the original Lab in Vancouver, which has been open since 2009, has completely different product than the New York store. Each lab is intended to reflect the city it lives in, which in New York is focused on functional, versatile pieces for commuters — and a lot of black. Touches of navy, nude, olive green, gray and ivory are present throughout the spring collection, and there is nary a hot pink tank or turquoise sports bra in site.

“I always love to start with outerwear,” Marcus LeBlanc, Lululemon head designer of New York Lab, said during a walk-through of the space Monday morning, picking up a tailored ivory anorak that retails for $350. He explained that the piece is made in Vietnam in the same factory that produces activewear for some of the best-known performance brands in the world. “We’re pushing them [the factory] into a much more tailored area. They are the best at functional, quality pieces that have all the waterproofing and technology, and we do it in a more designer way.”

The decor riffs on the idea of a modern “laboratory” theme. Oversize hand-blown “beakers” affixed with matte gold spouts sit behind the register — store associates are also armed with mobile points of sale — and will be filled with water to hydrate consumers. Like the product itself, the city and its textures were the inspiration for the store’s interior, including raw concrete finished walls, brass tipping on fixtures and blackened steel. Wooden grids fastened to the walls have removable wooden dowels, shelving and rack hanging systems that can be customized to each delivery.

Even the shopping bags are decidedly more “New York.” Instead of the brand’s signature red totes emblazoned with white logos and branded content, Pascale Gueracague, director of future concepts, textiles at Lululemon, created bags that are solid matte black with a tonal logo and quote. Gueracague was also responsible for creating the two large mixed media paintings displayed in-store. She mixed ink gesso, charcoal and gouache on Masonite to mirror the industrial surfaces — such as like asphalt and concrete — that one sees while moving through the city.

The catch is that the limited-edition range, which retails from $60 to $450, is exclusive to this location and sold in-store only, with between 50 and 100 pieces produced of each item. Prices are a bit higher than the main collection, largely due to proprietary fabrics and more intensive design processes, such as bonding and quilting.

“We took a proprietary fabric that Lululemon has been running for years — Warpstreme wicking — and had this idea to do quilting to add texture. It’s not filled because it’s for spring. The dimension that you see is created by tension underneath rather than insulation,” LeBlanc said of a pair of $90 belted, flared, a-line shorts and corresponding $160 crew neck sweatshirt that were the first to be made with the new technology.

The pieces have what LeBlanc, who worked at Theory and John Varvatos previously, described as a “bit of a patch work intricacy.” The garments are split into panels with different geometric quilting patterns made up of a triangular grid and vertical and horizontal lines — the main point of differentiation from the original collection, which is built on curved lines and femininity.

“We’re able to focus beyond just athleticism and be able to provide garments for your entire life. [It’s a] full wardrobe. You aren’t wearing it to the gym and that’s part of what is unique about the lab,” said LeBlanc of another point of differentiation: pieces that aren’t intended for the wearer to sweat in.

Pants are a highlight at Lab, where leggings designed for performance sit alongside wide-leg and flared trousers that are “wear to work” pants. Black or navy fitted high-rise flares retail for $130 and a wide-leg version costs $200. A $150 Curve Pant is a high-rise trouser with an engineered shape that results in a loose fit throughout the leg that tapers at the bottom. It’s laser cut and bonded — but also wicking and quick dry thanks to a proprietary “sensitive double bond” fabric that embodies the notion of “all day style” that Lab is trying to achieve.