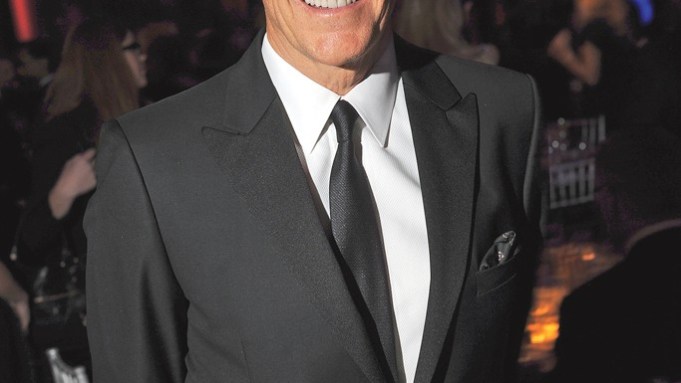 TUCSON, Ariz. — What’s the biggest challenge in retail this year?

In an answer that he thought might surprise attendees, Terry J. Lundgren, chairman, chief executive officer and president of Macy’s, stressed inventory optimization is at the top of the company’s to-do list this year. “This is the big, big idea for me and for my company to focus on in 2013,” he said. “I have dreamed about improving our inventory for 10 years and have been unsuccessful in my efforts to do that.”

Macy’s inventory efforts center around making stores fulfillment centers to facilitate shipping over shorter distances and store associates to satisfy orders with merchandise from another store if an item is unavailable in their location. By the end of this year, Lundgren said, Macy’s would turn 500 stores into fulfillment sites, up from close to 300 now. He detailed that number would make 90 percent of Macy’s inventory available at point-of-sales systems inside Macy’s stores.

“If you would have asked me 10 years ago, ‘Do you have too many stores?’ I probably would have said yes,” said Lundgren, adding, “Today, I think I’m so happy that I have all of these stores.”

Shoring up its inventory and logistics infrastructure will help Macy’s keep pace with Amazon Inc., which has accelerated delivery by initiating same-day delivery, a service that’s also being tried by Google, eBay and Wal-Mart. At Macy’s, Lundgren said, “Next-day delivery is a very, very real idea.” When it comes to same-day delivery, he was less certain. “You just have to weigh the cost-value relationship,” said the ceo.

Lundgren has reversed course on an e-commerce-driven idea before, though. He said Macy’s customers are soon going to be able to order online and pick up their online purchases in stores. “I didn’t really think that was a really big value to our customer. I’ve learned that is wrong,” he said. He underscored, “However the customer wants the product, we are going to give it to him, we are going to give it to her.”

Getting to customers at all times means embracing mobile. Doug Mack, ceo of One Kings Lane, the home decor flash-sale Web site, was adamant that mobile is the most significant issue facing retail players online and offline. He said 28 percent of One Kings Lane’s sales are attributed to mobile, but indicated that, in the next year or so, mobile could surpass desktop as a source of sales. “No matter how much we are spending on mobile right now, we are still not spending enough. This is such a massive opportunity to completely change the customer experience,” said Mack.

Breaking down One Kings Lane’s mobile sales, Mack revealed 60 percent of them are attributed to tablets, with the remainder from phones. He said customers behave differently on the phone, which he dubbed an “on-the-go” technology, from on a tablet, which he called a “magazine replacement” that customers use in bed at night. “Tablet customers are actually higher average order value and longer linger time….Smartphone [customers are] lower average value, high conversion, shorter time. These are very different scenarios to think about,” he said, emphasizing that One Kings Lane creates unique content geared to specific platforms.

Responding to a question from the audience about what keeps him up at night, Neil Cole, president and ceo of Iconix, said it was acquisition targets in the last few years, but that he’s sleeping pretty well these days after Iconix’s recent purchases of Lee Cooper, Buffalo David Bitton and Umbro. If anything, he said he’s thinking more about spreading Iconix’s brands abroad, noting Canada, Australia, Israel, Japan, Russia and the Middle East are where Iconix is seeking growth. Cole pointed out that 33 percent of Iconix’s sales are international, but his goal is to boost the percentage to 40 in the next two years. Iconix has entered into joint venture partnerships with Reliance Brands in India, the Falic Group in Latin America and The Licensing Company for Iconix Europe.

“If I was young, I would travel East because America’s tough,” Cole told the crowd, directing his comments to the many students from The Terry J. Lundgren Center for Retailing at the University of Arizona that were in the audience. “There’s a lot of excitement around the world, and that’s where we are working. We have started to buy a lot of worldwide brands.…We are big believers in global growth.”

When Hudson’s Bay Co. president Bonnie Brooks became president and ceo of The Bay in 2008, she had plenty of work to do in the department store’s home country of Canada. Back then, she said, the retailer was “very old, very discounted” and was registering consistent sales declines. “By comparison, it made J.C. Penney look modern,” she quipped.

Brooks outlined that the strategy for turning around Hudson’s Bay began with “Canada’s most robust research” rooted in interviews with 7,000 shoppers and non-shoppers. “We determined our market share in each [merchandise] category and the ones we needed to dramatically increase in order to be relevant to the target customer,” she said. She elaborated that the retailer considered how to engage customers in contemporary brands and elevate prices. “We would take the price up, but we would never let go of the bottom, and I think that is something very important to understand if you are planning any kind of repositioning,” said Brooks.

In the first year of the repositioning, Brooks said 900 tired brands were excised from stores and 450 brands were brought in giving Hudson’s Bay more international designer brands than any other retailer in Canada. Hudson’s Bay isn’t just paying attention to designer brands. Brooks highlighted the deal for the exclusive franchise rights to Topshop and Topman in Canada, where it has five locations at the moment within Hudson’s Bay’s portfolio. “High and low is how modern women and men want to shop,” she said.

The revamp of Hudson’s Bay has been bearing fruit. Brooks noted it has led to a tripling of earnings before interest, taxes, depreciation and amortization and, in the 14-week period ending Feb. 2, sales at Hudson’s Bay climbed 6.7 percent, although results were dragged down by Lord & Taylor, where same-store sales dipped 2.9 percent for the comparable 13-week stretch. Brooks said the formula that was applied in Canada is being utilized at Lord & Taylor to better the American department store. The Room, Hudson’s Bay’s designated designer space where the likes of Mary Katranzou, J.Mendel, Nina Ricci, Jason Wu, Lanvin and Prabal Gurung are situated, is headed to Lord & Taylor’s New York store on Fifth Avenue.

“We need to inject modernity and newness,” said Brooks, discussing Lord & Taylor. She teased, “You are going to see some very exciting things going on there.”

Tory Burch and Jim Sinegal, cofounder and former ceo of Costco, had stories dissimilar from Hudson’s Bay to tell about their companies, which have become successful based on instinct and sticking to a cautious approach to growth. Burch emphasized she says “no” to about 95 percent of the opportunities she’s offered and has never regretted it. The company has only signed three licensing deals — for eyewear with Luxottica Group, watches with Fossil Inc. and fragrance with Estée Lauder launching in October, for which Tory Burch will run its first advertising campaign — and is in no rush to blanket the world with retail. The brand will open 20 to 25 stores this year in cities that include Shanghai, Munich and Mexico City.

“Because we have such a careful approach, we look at new opportunities when they come our way and ask ourselves tough questions. We have to be comfortable with the answers before we move forward,” said Burch. She emphasized, “Sales are not the only metric by which we measure our success or our long-term prospects. We want to understand our customers.” Talking about retail in particular, Burch said, “We don’t want to be everywhere. We want to be in the right places and always at the right time for our brand.”

Since Costco went public in 1985, Sinegal mentioned that the membership warehouse operator’s net sales, net income and stock price have climbed at annual compound rates of 18.5 percent, 13.5 percent and 16.9 percent, respectively. It is the third largest retailer in the U.S. and sixth largest retailer in the world with a market capitalization of $46 billion and $101 billion in sales in the last 12 months. “We’re good merchants. We know how to buy and sell goods,” said Sinegal, stating that the retailer’s goal is to “improve over the next 15 years as we have in the past.”

While other retailers are busy expanding in China, Costco doesn’t have a store there — and Sinegal didn’t make it sound like one was around the corner. “We think that there are a lot of problems to overcome in China,” he said, adding, “We have a lot of stuff on our plate. We’ve got plenty of growth to do in the countries that we are in….We can go there when we’re ready on our schedule.” Costco also hasn’t been keen on concepts beyond its core warehouse store. It had two Costco Home locations, but decided to discontinue that business. “Despite the fact that we had been profitable in the business all along, we just concluded it was a business we didn’t want to pursue.”