Lush has introduced 220 new products exclusively for the space. 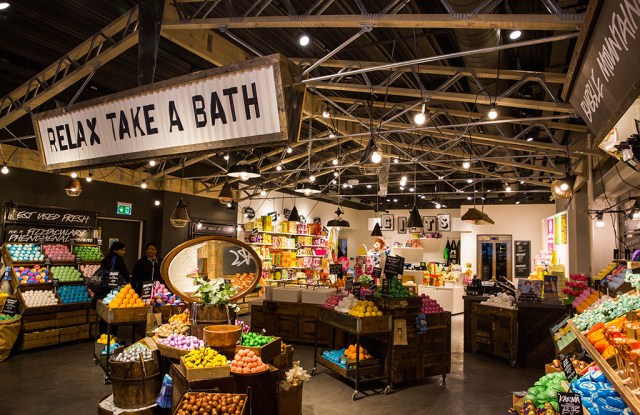 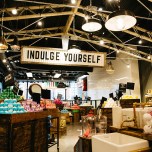 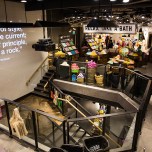 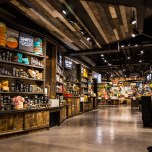 LONDON — Lush Cosmetics, the firm known for its handmade products that spotlight natural ingredients, on Thursday opened the doors to a sprawling, 9,500-square-foot space on London’s Oxford Street, its largest store globally.

The three-story space is filled with Lush’s colorful product ranges, that span fizzing bath bombs to bar shampoos to Lush’s own fragrance line, called Gorilla perfume. There is also a Lush Spa with four treatment rooms in the store’s basement.

Mark Constantine, cofounder and managing director of Lush, said at a launch breakfast for the store Thursday that while he had originally planned to focus on services in the store, such as grooming and hairdressing stations, he came to the conclusion that “people want stuff.”

“Stuff is what you’ve got — we did 220 new products that aren’t available anywhere else, just for this store,” Constantine said. They include bath bombs in the shape of purple lotus flowers, a Life’s a Beach shower scrub and an Oxford Street soap.

The firm has also introduced a new, three-hour treatment in the store’s spa, called The Planets, which combines massage, palm reading and a facial. A number of the exclusive products and treatments will launch at Lush stores globally over the next 18 months. The space is Lush’s fifteenth store in London.

The space has a rustic-meets-industrial feel, with timber beams, shiny white tiled walls, pendant lights, concrete floors and wooden crates and barrels that house Lush’s vivid products. And in keeping with the brand’s ethical credentials, the wood in the store is either reclaimed or certified by the U.K.’s Forest Stewardship Council, while the LED lighting scheme is energy efficient and the wall and floor tiles are made from 50 percent recycled content.

Lush counts 935 stores in 49 countries, with Constantine noting the firm is now seeking out larger stores. “We would rather [all the stores] were all like this,” he said of the store’s size. The firm said earlier this year that following the Oxford Street opening, it intends to “find similar sites in other major cities worldwide.”