The segment is playing to the extremes, with some brands courting customers online, while others want to keep luxe in high-end boutiques. 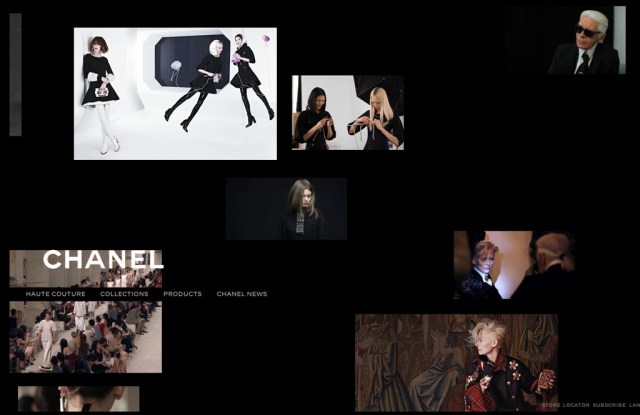 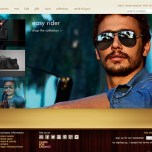 The luxury segment is playing to the e-commerce extremes.

This story first appeared in the September 18, 2013 issue of WWD. Subscribe Today.

On one hand there are the brands — such as Gucci, Hermès, Burberry, Missoni and others — that are actively courting customers through their own and third-party e-commerce sites, selling everything from $5,000 furs to $100 iPhone cases.

On the other side, there are those who want to keep luxe in the rarefied world of the high-end boutique or department stores, such as Chanel and Prada.

When this past spring WWD asked Miuccia Prada, chairperson and creative director of Prada Group, about the company’s conservative e-commerce stance, the designer didn’t hold back. “Yes, we don’t like it,” she said. “I don’t care. My husband [chief executive officer Patrizio Bertelli] hates it and we think for luxury it’s not right.”

Prada’s accessories do have a robust e-commerce presence worldwide — even on prada.com — but ready-to-wear is another story.

“It’s good in countries that don’t have the shop nearby,” she said. “[Otherwise] the choosing and sending home is too complicated. Personally, I’m not interested.”

The pressure for brands to sell online might only increase as e-commerce booms and the “O” word — omnichannel — comes to define retail more and more. The long-term question is: Can brands afford to remain aloof from online?

Federico Marchetti, founder and ceo of Yoox Group, which operates 36 monobrand designer shops online, described the luxury sector as “black and white,” divided into brands that have fully embraced e-commerce, and those that prefer to maintain no selling presence online at all.

Even though he is clearly a big supporter, and beneficiary, of e-commerce, Marchetti said he “really respects brands with a clear, well-defined strategy,” even if it’s one that means not selling online, like Céline.

“Don’t get in the middle — like different shades of gray. The middle is not clear,” Marchetti said of brands that say they don’t “believe in e-commerce” but then wind up experimenting or just selling select items online. “If you’re going to do it, you do everything.

“We’re at the very beginning of the story” he said. “The potential is much bigger; the future is more important than the present,” he said, noting that if a luxury brand right now has 2 percent to 3 percent e-commerce turnover, the goal should be to increase that to between 5 percent and 10 percent. “In five years’ time we can answer the question about preserving integrity, but right now there is no risk of dilution.”

Luxury powerhouse Kering, for one, believes in the all-in approach to e-commerce, having entered into a joint venture with Yoox in June.

Nearly all of Kering’s luxury brands sell online, including Gucci, Bottega Veneta, Stella McCartney and Saint Laurent. (Boucheron and Girard-Perregaux are the exceptions). Gucci.com, for instance, sells apparel for men and women, handbags, shoes, jewelry and even dog accessories.

“E-commerce is something that we have to do or we have to define how to do it,” said Federico Barbieri, senior vice president of e-business at Kering. “I can’t understand why the industry has been hesitant or shy about jumping into it. In digital, if you want to keep engaging the consumer and keep positioning your brand and molding your business, you have to do it. There is no barrier, and the future is there, and you have to define what a luxury brand experience is online.”

E-commerce’s market share is still small — Forrester estimates more than 90 percent of all luxury transactions are still made in a store — but because the channel is growing so rapidly, Barbieri said any company that wants to develop a solid, global business must sell online.

“You must do it even to support your physical distribution. It’s not one channel against the other, they are very interconnected,” Barbieri said, noting that omnichannel promotion is especially important in the high-end sector.

More and more brands are increasingly jumping into the e-commerce pool with both feet. Narciso Rodriguez and Victoria Beckham unveiled e-commerce destinations carrying their full range of products earlier this year. Oscar de la Renta also sells a broad array of goods at oscardelarenta.com, which was relaunched last fall.

Many designers focus their online efforts on their accessories businesses. Louis Vuitton’s digital flagship only sells accessories and Proenza Schouler recently redesigned its site, which focuses on accessories.

But there are also very successful brands that have foregone e-commerce entirely, most notably Chanel and Céline. Neither appears to be suffering.

Apparel and accessories from French house Céline are not available via celine.com or barneys.com, and if a consumer tries to search for the brand on the department store’s site, a message pops up notifying them that product is only available at physical Barneys New York locations. Chanel is the most posted-about brand on Instagram — there are millions of images with the hashtag #chanel, despite the fact that the brand doesn’t have an official presence on the platform. Chanel’s e-commerce reach is strictly limited to cosmetics.

For Ketty Pucci-Sisti Maisonrouge, adjunct professor at the Columbia Business School who teaches the master class “Marketing of Luxury Products,” such extreme exclusivity could be part of a carefully constructed marketing strategy.

“Some brands say, ‘We are so exclusive that we don’t wish to sell online. Period.’ It might work,” Pucci-Sisti Maisonrouge said. “Take Tom Ford’s first fashion show [in September 2010, where no photos were allowed]. He suddenly got more press than anyone else. By making a stand [in this way], it’s also a marketing strategy.”

She believes that in the “very long term,” all brands will have an e-commerce presence in some shape or form, but unlike Yoox’s Marchetti, Pucci-Sisti Maisonrouge is confident that luxury brands can successfully take a “shades of gray” stance online.

“They might decide to selectively put certain things and not others — look at Hermès and Vuitton,” she said, adding that even if e-commerce isn’t in the immediate future, she recommends all brands experience at least a piece of the online space whether it’s on their own site or via any of the social platforms.

Carolina Herrera, although very active on Facebook, Pinterest and Instagram, still does not have e-commerce on the brand’s digital flagship at carolinaherrera.com. The company is not opposed to it, but has preferred to focus on wholesale partnerships with retailers like Neiman Marcus and Saks Fifth Avenue.

“[We] support all areas of digital communications for Carolina Herrera starting with the many ways to communicate online through to e-commerce,” said Caroline Brown, president of Carolina Herrera. “We view our e-commerce relationship with our wholesale partners just as we would another meaningful location in their network. In fact, what we have found is that the online business enhances the bricks and mortar and vice versa.” That rationale might eventually push the company to its own e-commerce site.

In the end, it might come down to dollars and cents.

“A brand could survive without e-commerce,” said Tony King, founder of digital agency King & Partners that most recently worked on Monique Lhuillier’s Web site. “But it’s a massive missed opportunity.”