Despite the recent buzz surrounding China, the Asian giant isn’t the only emerging market out there. Executives at luxury goods... 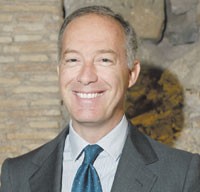 Despite the recent buzz surrounding China, the Asian giant isn’t the only emerging market out there. Executives at luxury goods organization Altagamma’s conference here last week stressed that Russia and the Middle East boast incredible opportunities for growth. But European luxury goods makers and the retailers that carry them were quick to point out that it would take more than just pushing products. They underscored the importance of reaching out to local tastes and of promoting Italian flair for style and good living, whether that means selling Missoni caftans or serving up espresso at an in-store cafe in Red Square.

“There are a lot people who have new money and who want exclusive products,” said Valentino chief executive officer Michele Norsa. “I think all of these markets will have double-digit growth.”

But winning over new customers requires careful study of these politically and economically diverse areas and, perhaps most of all, breaking through stereotypes and negative imagery.

“Everyone knows the Middle East from these people,” said Sheikh Majed Al Sabah, owner of Kuwait’s Villa Moda, as he projected photos of Osama bin Laden and Saddam Hussein on a screen. He and other retailers from the region explained that the Middle East is a complex, thriving market that requires specialized knowledge of each country and its cultural mores. Some countries haven’t even been penetrated. “Oman is not tapped at all. There’s not one luxury store there,” Al Sabah said.

Abdullah Saeed Binzagr, president and ceo of Saudi Arabian retailer Al Rubaiyat, began selling labels like Giorgio Armani, Ermenegildo Zegna and Gianfranco Ferré in the Eighties. He said he’s watched tastes evolve from the classic, conservative days when “people would go to the beach in a suit” to today’s market, when younger consumers are embracing trendier brands like Dolce & Gabbana and Prada.

Tony Salame, founder of a retail group present in both Lebanon and the United Arab Emirates, highlighted upbeat market prospects in Lebanon and said momentum is sure to pick up after Syria’s military withdrawal. He said that the quaint streets of Beirut, not unlike those of Europe, provide fertile ground for new stores. “It could be another Via Montenapoleone,” he said.

Dubai has made headlines of late, as both Giorgio Armani and Versace plan luxury hotel/resort complexes there to open over the next few years. “They have apartments going up like mushrooms,” said Santo Versace.

Fendi ceo Michael Burke noted the sophistication of the customer base in some Middle Eastern countries and said that customers often are better informed on particular pieces than Fendi’s own salespeople.

“The product has to be very high-end, [otherwise] you are pandering,” he said.

As for Russia, conference attendees noted that political stability in the Vladimir Putin era, a strong economy and a burgeoning middle class make the country an appealing market for both luxury goods and more moderately priced clothing and sportswear.

“You can see a new kind of expression on the streets,” said Vittorio Radice, the newly tapped ceo of Italian department store chain La Rinascente and an adviser to Mercury’s Tsum department store in Moscow. He said that Russians’ bold style dominated everyday dressing. “You can’t find it anywhere else.”

Bulgari ceo Francesco Trapani noted that areas like China and the Middle East dwarf Russia’s market potential, but that Russia still promises an “interesting growth rate.” Perhaps more significant is Russians’ spending power as tourists, he said, as more and more Russians are coming to Europe and purchasing big-ticket items. “In quantitative terms, there are fewer of them than the Japanese, but they spend more on average,” he said.

Khaled Jamil, ceo of marketing and retail company JamilCo,  noted that 80 percent of Russia’s luxury market is still concentrated in Moscow, but that other cities are quickly catching up. “Russia is at the beginning, and the regions are [up and coming]. We’re seeing it in the casual business.”

Mikhail Kusnirovich, who founded luxury retailer Bosco di Ciliegi in 1993, said that Russians are craving more than just gorgeous clothes and accessories. To some, sipping an espresso in Red Square at Gum department store’s cafe is the ultimate Italian luxury.

“Everyone in their head has their own concept of luxury and their own way of developing it,” he said.