LVMH, Kering, Richemont and L'Oréal are making hundreds of global debuts in the city as it steadily recovers from the COVID-19 lockdown.

The facade of top luxury shopping mall Plaza 66 in Shanghai.

LONDON — In order to boost spending, Shanghai’s municipal government is uniting retailers across the city and e-commerce players such as Alibaba, JD.com and Pinduoduo to host the inaugural Double Five Shopping Festival, running from May 5 to June 30.

Luxury houses are actively involved with the festival, especially in the Shanghai New Product Launch Festival 2020, which is one of the 133 special events lined up for the two-month-long shopping campaign that promotes spending in fashion, restaurants, leisure, automobile and home decoration.

They see this government-endorsed event as a launch pad for new products in the hope of regaining the losses during the lockdown and forming stronger ties with the world’s biggest luxury market.

Some 41 brands from LVMH Moët Hennessy Louis Vuitton participate in the festival. Louis Vuitton is making the global debut of the round Boite Chapeau Souple bag in Empreinte leather here, while Dior, Givenchy, Guerlain, Fresh and Benefits will debut new lipstick lines or fragrances.

Kering is also showcasing the latest in fashion, leather goods, jewelry, and watches from its brands, including Gucci, Alexander McQueen, Ulysse Nardin and Boucheron.

Jinqing Cai, president of Kering Greater China, told WWD that the event is “an exciting opportunity” and “brands from Kering luxury houses are enthusiastic about showcasing nearly 40 new products from 2020 spring-summer collections.”

“Our confidence in China’s long-term development remains strong and we are committed to the country. We greatly value the support of the Shanghai Municipal Government and welcome the opportunity to take part in this festival,” Cai added.

Compagnie Financière Richemont said it would debut more than 50 products from its hard luxury brands, while L’Oréal plans to unveil over 100 new products during the shopping festival.

Jean-Paul Agon, chairman and ceo of the beauty giant, said in a statement that “I believe the Double Five Festival will play a positive role in the recovery in consumption and economy. L’Oréal is honored to participate in this event, we will also use this opportunity to bring the best beauty products to consumers.” 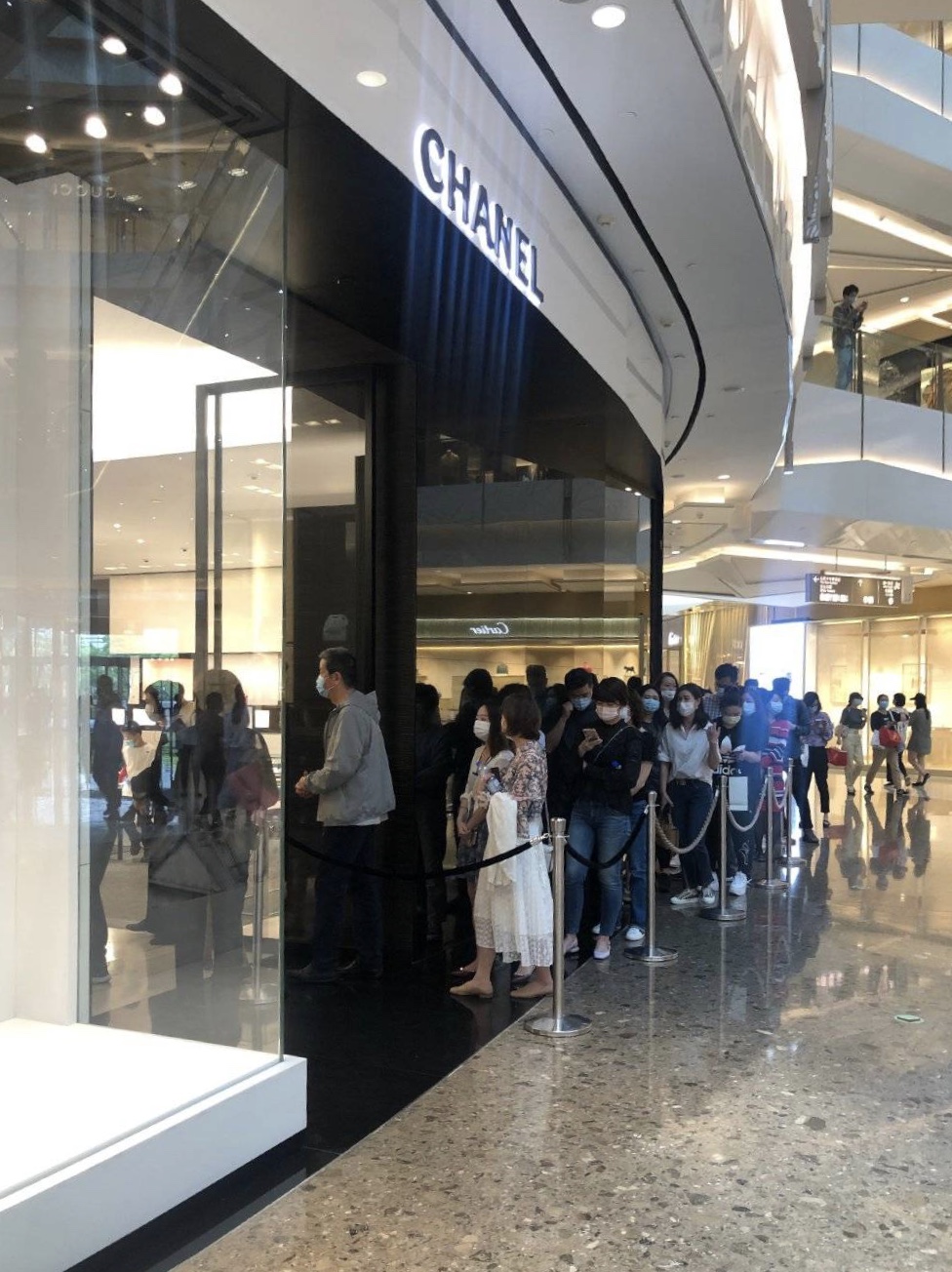 People lining up outside Chanel during the Labor Day holiday in Shanghai’s IFC shopping mall in Pudong.  Weibo

According to data from Cosmose AI, an offline behavioral technology firm, luxury retail traffic in Shanghai recovers the fastest in China. By the end of March, it has bounced back 63 percent compared to early January, with Plaza 66, iapm and Hkri Taikoo Hui seeing up to 70 percent of the pre-COVID-19 level of footfall.

With safety measures in place, lines were seen outside Chanel, Hermès in IFC shopping mall in Pudong and fashion boutique Le Monde de SHC in the city’s former French Concession, on the national labor day holiday.

Major shopping malls in the city release coupons and stimulus plans to lure customers back to the stores. Plaza 66, for example, home to the flagships of Louis Vuitton, Cartier and Prada, offers a cash-back voucher and a 33.33 percent off coupons for restaurants. Anyone who spends more than 50,000 renminbi will receive a 700 renminbi voucher, and a 1,500 one when spending over 100,000 renminbi.

Bailian Group, the biggest landlord of commercial properties in the city, with portfolios including TX Huaihai, a new brick-and-mortar experience for China’s digital youth and 21 other malls and outlets, is giving out 1.2 billion renminbi worth of vouchers via its WeChat mini-program.

“We engage our retail tenants in TX Huaihai to stimulate offline consumption by offering 20 renminbi coupons that have a value of RMB200 spent in TX,” said Dickson Szeto, founder of TX Huaihai.

“These campaigns and plans will encourage consumers to be more engaged. The marketing strategy of stimulating consumption is, on one hand, to adapt to the current situation, and on the other to offer more preferential and diverse consumption options,” he added. 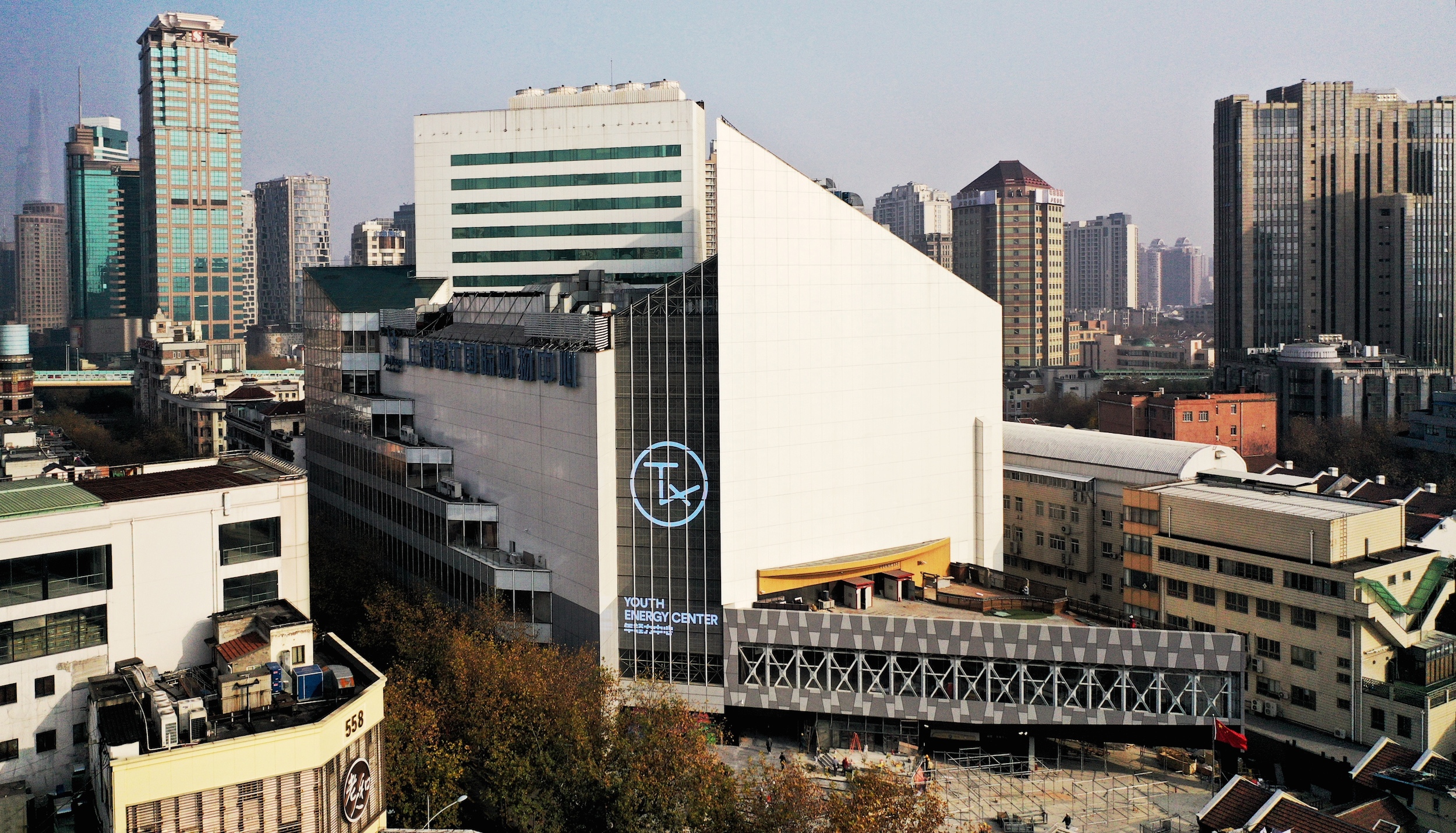 Brands and retail spaces are also working with social media platforms to do livestreaming to promote products or services, and build up applications to collect data and distribute helpful information.

Chatail is one of the tech companies that help brands and retailers to create new tools within WeChat to engage with potential shoppers for this festival, and beyond. It developed the WeChat mini-program “Cloud Shopping in Huaihai Business District,” upon request from the government, to aggregate brand information and coupons from shops on Huaihai Road, including K11, iapm, Xintiandi, Lane Crawford and many more.

“We direct traffic to the store for those who are nearby, and use our algorithm to correctly connect the right consumers with the right stores,” said Xuan Zheng, founder of Chatail.

“There are many ways to encourage shoppers to enter a store, but only through technology, you can increase consumer interaction and stickiness to the entire business community on a grand scale. Users can exchange coupons with their mileage from the existing pedometer function on WeChat. Some 77 percent of those who received the coupon will spend money in the stores,” he said.

While luxury brands are courting the affluent class, the e-commerce battle between Alibaba and Pinduoduo, focused on the lower-tier market, is extending to the Double Five Shopping Festival.

Alibaba’s Juhuasuan, a flash-sale platform, is sending out coupons from over 1,000 Shanghainese brands and 420,000 online stores, while Pinduoduo is setting up a special area for the festival and sending out hundreds of livestreaming specialists to help more than 100,000 stores in the city to bridge the gap between online and offline retail.