European regulations could affect luxury firm's ability to choose where and how their products are sold in the Internet age. 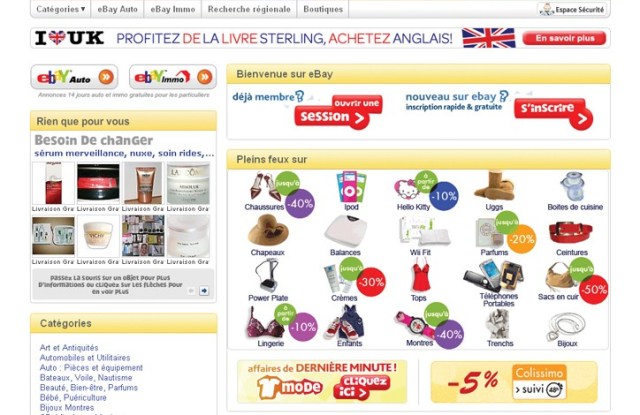 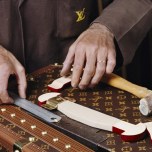 PARIS — Besides the financial crisis, luxury players say one of the biggest threats to their businesses is possible changes in European regulations that could affect their ability to choose where and how their products are sold in the Internet age. It could prove the biggest showdown yet in the ongoing battle between the luxury industry and eBay.

While the lobbying intensifies in Brussels over the proposed changes, a Paris court will next week release its ruling in a lawsuit waged by French cosmetics giant L’Oréal that accuses eBay of allegedly selling counterfeit fragrance bottles and for allowing the sale of genuine products by unauthorized dealers.

The ruling will come as Europe’s competition policymakers are reviewing 10-year-old retail regulations, referred to as Regulation 2790/1999 and Guidelines on Vertical Restraints, which allow for selective distribution networks, permitting manufacturers of everything from cars to jewelry to impose quality standards on distributors.

As part of the review, competition commissioner Neelie Kroes initiated a consultation last fall to investigate the opportunities and barriers to e-commerce for the estimated 500 million Internet users across Europe. As reported, she recently met with Karl Lagerfeld.

While the consultation continues, Kroes intends to present her main proposals this summer and the updated — or unchanged — regulation will be implemented in May 2010 when the existing rule expires.

The review is expected to iron out discrepancies in how national competition authorities interpret selective distribution in the online world, to harmonize consumers’ access online across Europe’s 27 member countries.

Luxury players warn that removing manufacturers’ power to impose quality standards on online retailers as part of a wider move to liberalize the Internet could both hamper anticounterfeiting efforts and threaten the survival of some 30,000 luxury boutiques, hundreds of thousands of jobs in Europe and the luxury business model itself.

Being able to impose certain criteria, such as excluding Internet-only retailers from their network, is critical, they say. A pure e-tailer buying products at wholesale prices, for instance, doesn’t have to pay store maintenance costs so can retail a product for, say, 20 percent less and enjoy higher net profits than brick-and-mortar stores, which is dubbed free riding. “Faced with that, the boutique is no longer in a position to compete, and boutiques will disappear over a certain period of time,” warned a spokesman for LVMH, which states the case for selective distribution in a 43-page report dubbed “Handle with Care.”

While possible solutions to free riding range from charging pure-players higher wholesale prices or even making customers pay for in-store advice, luxury groups say the freedom to exclude pure players is the ideal answer. But they want to reserve the right to choose. The successful Net-a-porter site, for instance, carries LVMH labels Fendi and Celine.

“If the luxury dream we create, and which is expected by our consumers, is interrupted at no matter which stage, everything crumbles,” said the LVMH spokesman.

In the same way as its products aren’t available through mass-market channels or catalogue retailers, selling them any which way on the Internet would damage the image of its brands.

“It would be useless to make all these investments at the design stage, in advertising, in manufacturing,” continued LVMH’s spokesman. “If our product is sold as a banal product, it is no longer a luxury product.”

Authorized LVMH retailers with physical boutiques can sell on the Internet provided they create a Web site whose quality is equivalent to that of their boutiques. LVMH also allows individual sellers to sell its products via some 40 auction platforms that on its request have imposed measures including refusing professional sellers, banning the use of pseudonyms and asking for payment only upon delivery, to reduce the volumes of counterfeit goods. Ebay has declined to take such measures, maintaining its professional sellers, of which there are around 250,000 in the U.K., for instance, play an important role in creating new markets and spurring growth.

LVMH claims 90 percent of its luxury products available on eBay between 2006 and 2007 were fakes.

Arguing the right to selective distribution is already a major concession from normal European competition rules, eBay contends there should be no discrimination between the online and the offline worlds. U.K. consumer group Which also doesn’t believe manufacturers should be able to insist on a brick-and-mortar presence.

Since authorized retailers are allowed to establish e-tail sites, they should be allowed to do so on eBay, argued Nash. “Retailers can take advantage of design tools and set up shop on eBay, offering the same images, the same branding experience and information about products, in exactly the same way as a non-eBay site,” he said. “If distributors fulfill contractual arrangements on their own Web site, there’s no reason to preemptively say you can’t do that on eBay.”

Extreme examples include that sales only be made to customers with Web cameras or that Web sites carry recommendations that the consumer buys from a store instead.

Online and offline shopping are complementary, insisted Nash. “It becomes a choice issue for the consumer. If they find a physical outlet, there won’t necessarily be a market for Internet-only shops.”

Echoing the “there’s no need to fix what isn’t broken” message that Lagerfeld conveyed to Kroes last month, luxury players say there’s no need to intervene in what they insist is already a highly competitive industry.

Ponsolle des Portes pointed to the success of relatively new players, like Viktor & Rolf or Acne Jeans, as further proof. “We want to show how much of a growth driver we are for 21st century Europe,” she said.

“The luxury business in Europe represents the activity the least affected by the current economic crisis,” added LVMH’s spokesman. “It would be madness, under the pretext of leaving freedom to e-business to develop uncontrollably, to condemn a sector which works so well.”