CityCenterDC has played a key role in redefining the shopping experience in downtown Washington, putting the urban center in the nation’s capital on the map as a premier luxury destination. 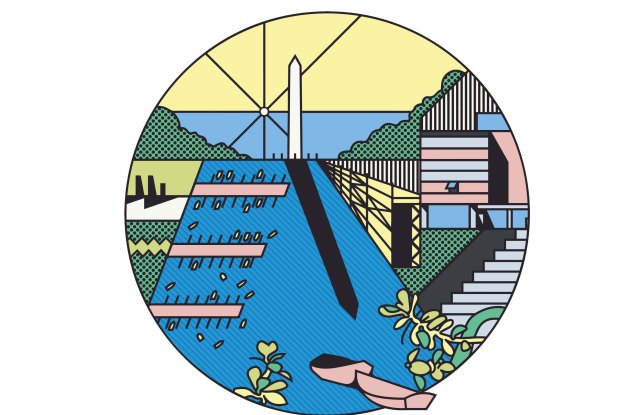 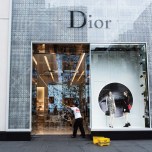 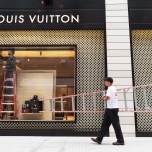 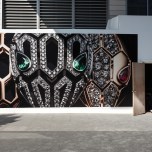 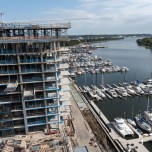 CityCenterDC has played a key role in redefining the shopping experience in downtown Washington, putting the urban center in the nation’s capital on the map as a premier luxury destination.

In the nearly three years since it opened in December 2013, the heart of luxury shopping in the D.C. area has migrated to the mixed-use center.

The center’s tenants read like a who’s who of luxury retailers and brands.

And luxury retailers continue to line up to fill the remaining available retail space.

Bulgari is set to open a 2,800-square-foot store in early October and Tiffany & Co. will open a flagship in the second phase of development of the project that also includes the Conrad Washington D.C., a 360-room Hilton luxury hotel, slated to come online in the spring of 2019.

Two codevelopers are behind the success of CityCenterDC: Hines, a privately held international real estate firm, and Qatari Diar, the real estate development arm of the Qatar Investment Authority.

They are close to completing phase one of the 10-acre, mixed-use center located on a 4.5-block parcel bound by New York Avenue and Ninth, H and 11th streets.

When completed, it will feature more than 60 apparel stores, restaurants and cafés in approximately 220,000 square feet.

The first phase of the development is close to being fully leased and another 30,000 square feet of retail space is in active negotiations as part of phase two.

Part of the center’s success can be attributed to the urban revival of downtown D.C. But another key component has been the ability of the developers to build a critical mass of luxury retailers tied to a successful marketing campaign that has created an experiential shopping environment.

An estimated 20 million people visit D.C. each year. There are 15,000 hotel rooms within 15 to 20 blocks of the site and the close proximity to the Walter E. Washington Convention Center has provided a stream of potential shoppers and diners to CityCenterDC.

The center is located in the heart of the nation’s capital, drawing from federal office workers, lawmakers, foreign embassies, tourists, convention goers, local residents and financial and technology industries.

Howard Riker, managing director of Hines, said the objective behind the center has been to establish CityCenterDC as Washington’s luxury shopping destination.

CityCenterDC appears to be have won the battle for that mantel. One of its main competitors — The Collection at Chevy Chase — has seen several of its luxury tenants, including Gucci, Christian Dior and Louis Vuitton, leave the Wisconsin Avenue site to open stores at CityCenterDC. Tiffany & Co. is the latest in a long string of high-end retailers relocating to downtown D.C.

Riker based the success of the center on “building a critical mass of fashion and specialty and continuing to complement the opportunities downtown. Traditionally, we had four or five department stores downtown and that’s where everyone in the metro area came to shop.…”

But D.C. has gone through an urban revival transformation.

“This is a trend that we are seeing around the country and around the world,” Riker said. “One of the true benefits is that what we’ve been able to do downtown with our project is very authentic, whereas the whole town center phenomenon and a lot of the projects that have come online were trying to replicate urban experiences.”

“This is a moment where D.C. is having its own renaissance, as many other cities are having,” said Timothy Lowery, senior manager at Hines.  “Until about a decade ago, most of the buildings downtown had the kind of retail that would accommodate a businessperson who was there from 9 to 5. Now you are seeing activated spaces like CityCenter and others in development where there are options for people doing things after 5 p.m. and [well into the night].”

The urban experience and critical mass of luxury retailers were a big draw for Bulgari, which is slated to open a 2,800-square-foot store in CityCenter in early October, said Daniel Paltridge, president of Bulgari North America.

“Like many brands, we had been keen to look for a site that is actually in downtown D.C. But for years there was not an obvious solution or set-up for us,” Paltridge said. “Obviously, when Hines put together the CityCenter concept, it was something that was very relevant to a number of luxury brands — Louis Vuitton, Dior, Hermès — which were already there.”

The historical aspect of the nation’s capital was also important to Bulgari, which has its own legacy, having been founded in Rome in 1884.

“We need to have a mix of great brands all together. We need to have the mix of retail plus dining and in a location [that] is good for traffic and good for entertainment. At the end of the day, CityCenter is very close to the convention center and there are a number of hotels going up around it as well,” Paltridge said. “We believe that when that continues to develop in the future, it is going to be a real hub for downtown Washington, D.C. We have high hopes for it.”
The Wharf

It took an act of Congress — four acts, to be exact — to get The Wharf development project that is situated along a mile of Washington’s waterfront off the ground.

After cutting through red tape at the federal and local levels, The Wharf is under construction and in the process of transforming the nation’s capital’s waterfront. Once completed, the massive project promises to deliver a new mixed-use concept along the Potomac River that finally gives the city something the developers said it has always lacked: a true waterfront destination.

Taking the best features other worldwide harbor cities, the developers — PN Hoffman and Madison Marquette — aim to create a new project for the 20 million annual visitors and an estimated nine million local residents within an hour’s drive of the project.

“Washington, D.C., has 26 miles of waterfront, but it has never really been embraced as a waterfront city. We’re going to change that. This is a very transformative project. It’s a deal changer,” declared Monty Hoffman, founder and chief executive officer of PN Hoffman. “This [will] provide us with a world-class waterfront. We went all over the world cherry-picking the best — from Oslo to Helsinki to Barcelona [abroad] to San Francisco, parts of Miami and Seattle in the U.S. and picked the best of these areas, hoping to bring it here.”

The $2 billion mixed-use development will cover a mile-long strip of the city’s Southwest waterfront with 3.2 million square feet of residential, office, hotel retail and cultural space, and four newly built piers, 550 boat slips and 2,500 parking spaces. It is situated on 25 acres of land and covers about 50 acres of water, which the developers had to work with the Obama administration and Congress to secure.

All told, it will have 1 million square feet of office space, 335,000 square feet of retail, 1,400 residences and 685 hotel rooms with ballroom and meeting space, fitness centers and spas.

The first phase will include three hotels: a Canopy boutique hotel by Hilton, a Hyatt House and an Intercontinental four-star luxury hotel. Phase one will see 800 residences, a combination of condominiums and apartments and 475,000 square feet of office space in two separate buildings.

The entertainment centerpiece of the first phase is a 6,000-seat concert hall designed by the Rockwell Group, which also designed Hollywood’s Kodak-turned-Dolby Theatre, along with 9:30 Club music impresario Seth Hurwitz.

Phase one will also include a rum distillery and a market comprising seafood, meats, cheeses and other offerings.

The Harbor’s biggest competitor could be considered another waterfront mixed-use property located about 15 miles south of D.C. on the Potomac River in Oxon Hill, Md. The property — called National Harbor — boasts more than 150 boutiques and restaurants. There are also six on-site hotels ranging from such brands as Marriott to Wyndham and the Gaylord National Resort and Convention Center. It also features apartments and condos as well as a giant Ferris wheel attraction.

Washington also has a small harbor community in Georgetown, replete with an intimate boardwalk and flanked by The Watergate Hotel on one end along with waterfront dining establishments.

Hoffman said the waterfront in Georgetown is about one-tenth of the size of their planned project, which will differentiate itself with its location, boat slips and piers, among other amenities.

While The Wharf will contain some of the key elements of other mixed-use developments, what the developers stress is that people will not find anything traditional about it from a retail, office, residential or entertainment perspective.

“Rather than create a retail environment that is very predictable or replicated every 10 miles within the region, we wanted to create an environment that is dynamic, that is popular today but also timeless, not very fad-driven,” said John Asadoorian, president of Asadoorian Retail Solutions.

To that end, a focal point is centered around entertainment. Not only does phase one boast the 150,000-square-foot concert hall venue, but it also features an area dubbed Pearl Street, which is something akin to Bourbon Street in New Orleans and will feature several performances along the street.

Edward de Avila, senior development director for Madison Marquette, said, “Shifting industry demographics are forcing all real estate owners to reevaluate how they offer space to users particularly in retail. This focus is on experiential, and retail is at the center, whether you are in an urban or suburban environment. That’s why food and beverage and entertainment have become so relevant here, and why the principals here are focused on that initially. It was the right move at the right time.”

Asadoorian said they are in lease discussions with retailers as part of the soft-goods strategy, which will feature a “tightly curated mix of users.”

Several retailers are in the letter-of-intent stage of lease negotiations but the developers declined to divulge names.

“Some names are known; some are independent and offer something you can’t find elsewhere and some might be players that are coming into Washington for the first time that have relevance,” Asadoorian said.

They promise to deliver a retail environment that “speaks to how people live. If you live within walking distance and you work here and you need something that fits your lifestyle, whether it’s a pair of running shoes or makeup, this is the place you can come to.”