Luxury brands may be eager to capitalize on China's expected boom in demand for upscale products; all they have to do is figure out how. 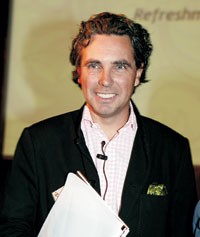 SHANGHAI — Luxury brands may be eager to capitalize on China’s expected boom in demand for upscale products; they just have to figure out how.

Despite a continued increase in average annual income, a plethora of Western designer and luxury brands opening stores in Shanghai and Beijing and increased levels of Chinese tourism, there is still no one clear strategy for tapping into the Chinese consumer’s growing spending power. Among the challenges brands face are:

Many brands remain cautious about even entering the Chinese market, and some executives say Russia and India offer more short-term potential than China. Others say that Chinese tourists will be the first market to tap, but Mainland China is a long-term priority that won’t bring benefits for years.

“Luxury is not the most immediate need for China,” admitted Gianluca Brozzetti, chief executive officer of A&G Group. “Things like infrastructure and maintaining the maturing economy necessarily come first. But luxury goods are at the top of meeting a need for rewards.”

A&G, which owns the Asprey and Garrard brands, has ambitious Asian expansion plans, including shops in Hong Kong, Japan, Malaysia and South Korea. There are no plans for Mainland China until 2006, but Brozzetti is familiar with the market here from his previous position as president and ceo of Louis Vuitton and a 13-year stint with Bulgari.

“With brands like Louis Vuitton and Bulgari, they have been active in the evolution of the Chinese market, the creation of a demand for luxury to satisfy demand for something to reward oneself for hard work … There is an intelligent way in; China has a culture that brands must be cognizant of.”

Brozzetti was among several luxury goods and fashion ceo’s who discussed their views of the China market while visiting Shanghai for the Financial Times Business of Luxury Summit last month. As noted, the executives speaking at the conference believe it will be a long time before China overtakes Japan as the most important luxury market in the world.

However, Patrizio Bertelli, chief executive officer of Prada Group, predicted that by 2010, Chinese consumers would have a total of $500 billion to spend on luxury goods. He added that China could overtake the U.S. in importance as a market for luxury goods by 2020.

While wealth levels in China overall lag far behind those in America — according to EU Business, China’s per-capita annual income last year was equal to about $5,300, compared with $38,000 in the U.S. — they are rising rapidly. Credit Suisse First Boston estimates that Mainland urban incomes have doubled since 1995 and predicted they would rise another 46 percent by 2015.

Much of today’s spending power in China remains in the hands of government officials, both national and local, and their children, Chinese observers said. It is these consumers that luxury brands are now chasing, and they are finding that Chinese taste levels are already far advanced when it comes to luxury goods.

Umberto Angeloni, ceo of Brioni, found China’s evolving understanding of luxury fashion to be “the same as in Russia, where eight or now nine years ago, all the rich would just go to Armani, but now Brioni has four stores in Moscow.”

Angeloni described Brioni’s China core customer as “the tycoon, the new rich and the establishment, the government officials, but eventually they will get more sophisticated, and appreciate well-made suits and customization … In China, there is actually an advantage over Russia in that they understand the culture of custom tailoring.”

In addition, “there is a huge group of aspirational clients who will buy just one piece. This is different from Russia, where it is just the rich. They do not have the same spending attitude.”

The company is only a few steps ahead of A&G in establishing a foothold in Mainland China: It opened a counter, licensed to a local partner, in Shanghai’s Plaza 66 only six months ago, although it has outlets in several multibrand stores in Hong Kong, said Angeloni.

The Hong Kong-based Shanghai Tang brought an entirely different perspective, as its current business and upcoming expansions focus on Asia in general and Mainland China in particular. Shanghai Tang, part of Compagnie Financiere Richemont, has five stores in Hong Kong and three on the Mainland, and a fourth is opening in Shanghai’s Pudong in early July. Overall, the company operates 16 stores worldwide. Additional stores in Zurich, Tokyo’s Ginza, and a third outlet in Bangkok are slated to open this year, and Milan and Beijing are on Shanghai Tang’s calendar for 2006.

The company positions itself as the first Chinese luxury label. “We would like to be like Armani is for the Italians, to be the future ambassadors of Chinese culture, as Shanghai Tang gains strength,” said chairman Raphael le Masne de Chermont. “The West needs to understand and respect China, in a friendly way. China is not like the Western view of it, but rather is eager to learn and share, and is fair in business.”

Le Masne de Chermont resisted defining his brand’s clientele. “I dislike the idea of core customers, as if people below or above a certain age shouldn’t wear Shanghai Tang. That said, I would define them as sophisticated working and traveling people, sophisticated personalities, with standards. To be modern, we need to have younger, more fitted models, more feminine, and for men [to be] more fitted — it’s impossible to be modern and baggy.”

He has been at the helm of Shanghai Tang for three and a half years, and along with creative director Joanne Ooi has been behind the recent reversal in the brand’s fortunes. “Our main goals are being accepted by the Chinese; they are very important consumers for us, plus being accepted outside of Asia. But that is what we’ve been focusing on for at least two years.”

“To brand in China,” Ooi added, “you must be prestigious, since that’s what people respond to. You must be expensive, prestigious and international to seduce the Chinese consumer.”

With that in mind, “we are producing styles that are more ‘Western,’ or merely inflected with Chinese design, but not heavy-handed chinoiserie. It must be beautiful, precious, unique.”

To raise Shanghai Tang’s prestige in Mainland China, the brand has organized several cultural events, such as a Glenn Luchford shoot at Beijing’s Forbidden City and Temple of Heaven, and it held a fashion show at the gala party concluding the FT Summit.

With its Sino-fied stylings, Shanghai Tang has long relied on tourists buying at its Hong Kong flagships. Its Western counterparts at the summit were preoccupied with a different group of tourist shoppers: the growing ranks of Mainland Chinese traveling — and shopping — overseas. However, like much of the China market, the Chinese tourist remains mostly a hopeful glimmer in the eye of Western brands. A&G’s Brozzetti reported that visitors from Asia represent only a small percentage of tourist sales in the company’s stores, although the units receive special orders from clients in Hong Kong, Malaysia and Indonesia.

Brioni’s Angeloni said that 20 percent of its sales come from tourists, who have declined due to the current American reluctance to travel abroad because of the weak dollar. Asians remain a small portion, and the Japanese dominate. However, he did envision China — both domestically and in tourism — eventually overtaking Japan.

“China will definitely replace Japan someday. It has similar attitudes of being fascinated by Western lifestyles, but is five times bigger, and potentially has bigger spending power.”