By Katya Foreman and Alessandra Turra and Gordon Sorlini on January 9, 2013
View Slideshow 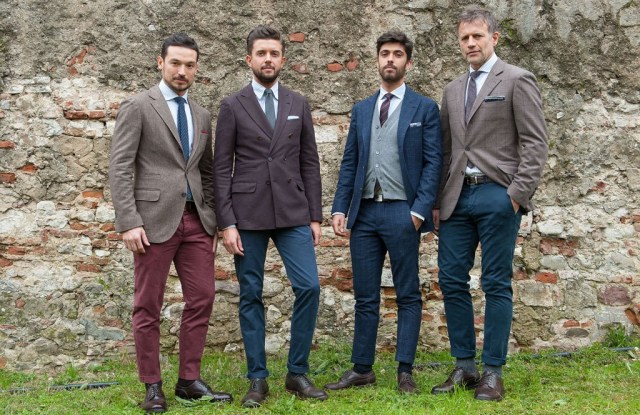 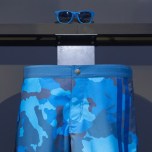 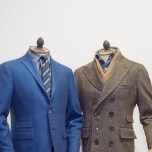 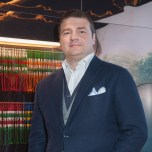 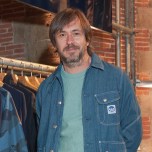 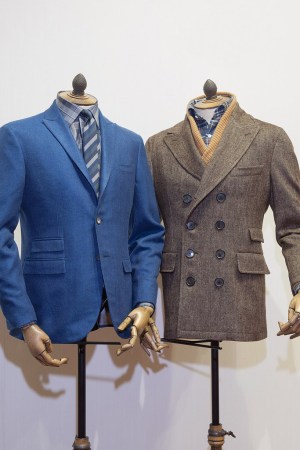 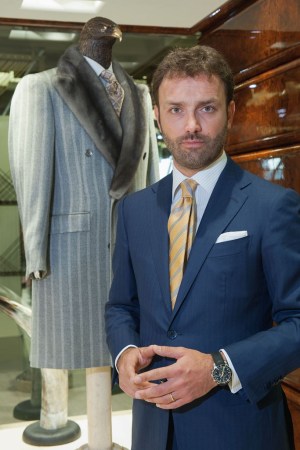 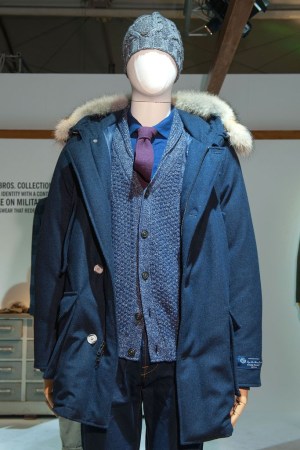 The Bloomingdale’s Battle for Holiday Sales

FLORENCE — Despite the patchy economic environment, a feel-good energy pulsed through the Pitti Immagine Uomo trade fair here, reflecting an optimistic outlook from vendors for 2013. The four-day event, which wraps up Friday, got off to a slower-than-usual start due to fog-induced transport disruptions and an overlap with London Collections: Men.

With designer brands ruling the men’s market, messages from retailers to luxury vendors included a call to sharpen the scissors, with fit among the key issues.

“Without question, the taste level of the luxury exhibitors is exceptional; however, it is geared for the local market more than international,” said Tom Kalenderian, executive vice president and general merchandise manager of men’s wear at Barneys New York. “The sportswear is the biggest issue. We would be able to buy more if it was styled in a more contemporary way. There is tremendous opportunity as there is a great audience for luxury and good taste, but while the product is beautiful, with exquisite materials and details, they haven’t been able to translate it into a modern lifestyle. When you think about what Brunello Cucinelli, Massimo Piombo and Zegna, who is not showing here, have been able to do…it’s about filling this void; the younger guys really do appreciate luxury, but they still want it to fit in a modern way.”

RELATED STORY: This and That From Pitti Uomo >>

Underscoring its global stance, the Brunello Cucinelli collection integrated a spectrum of iconic international style codes. Tailored clothing carried traditional British men’s wear patterns such as Prince of Wales and glen plaid; the American biker jacket was revisited in Spanish shearling, and a capsule line of pants and jean shirts was built from luxury Japanese denim.

The firm’s namesake founder and chief executive officer said that he was “very positive” on the prospects for the luxury goods sector in 2013. In 2012, sales at the company, which listed on the Milan Stock Exchange last spring, jumped 15 percent, to 279 million euros, or $368.3 million at average exchange rates for the period.

Treading the workwear route, Andrea Canè, creative director of WP Lavori, which holds the worldwide licenses for the Woolrich John Rich & Bros., Woolrich Woolen Mills, Baracuta, B.D. Baggies and Avon Celli brands, as well as various distribution rights for Barbour and Blundstone, revealed the company is in the final stages of acquiring an undisclosed heritage American brand, which it plans to keep in the U.S.

A WP Store, stocking its portfolio of brands, is planned for New York in fall 2014, based in a building on Bond Street, which will also serve as the headquarters for its U.S. subsidiary. In the same year, the firm plans to introduce Woolrich John Rich & Bros. to the Canadian market in partnership with Wool Can., Canè said, adding that distribution there will focus on wholesale.

But from the buyers’ perspective, there was no major shift in trends across the Pitti Uomo collections.

Tancrède de Lalun, merchandise manager for men’s and women’s wear at Printemps, commented on the avalanche of outerwear, notably down jackets and parkas, be it from sportswear, contemporary or classic brands. Volumes were either supersized or fine and slim, with a number of fitted down jackets, à la Uniqlo. Creative knits will be among the season’s star items, he predicted, with key pant styles including the “winter chino,” in the season’s key “sober” shades of caramel, gingerbread, bordeaux and bottle green. Suits, de Lalun believes, will be usurped by interchangeable separates that “can take you from the office to casual occasions.” He saluted the Hardy Amies diffusion line for its balance of affordability and creativity. “There’s a whole new market there.”

Matthew Singer, men’s fashion director, Neiman Marcus Group, said he was excited to see the market using more patterns in clothing and sportswear. “Isaia and Brunello Cucinelli are great examples of this. Fabrics feel nostalgic and have a sense of heritage.”

Maurizio Purificato, owner of Antonia Uomo, said he was looking for items featuring a “classic, very clean style.” He singled out the Camoshita by United Arrows collection, “which was very sartorial, chic and elegant;” TS(S) for its incredible fabrics; Nanamica, “which showed very beautiful camouflage windstoppers,” and the classic Neapolitan shirts by Salvatore Piccolo, which “were great and featured interesting fabrics, very Japan-oriented.”

Provenance, performance, innovation and luxury were among the watchwords for vendors, with a continued blurring of classifications.

Tailoring players reported healthy business across the board, with a continuing divergence between high-end and low-end. “The typical consumer is buying less, in general, going either upmarket or down,” said Giancarlo Isaia, chairman of Isaia. “Those of us who moved upscale managed to do well, for our customers are consumers who are more informed and attentive. In our showroom, we explain to customers how the product is made. The consumer wants to be taught about this.”

The company — whose 2012 sales increased about 18 percent, to nearly 33 million euros, or $43.6 million — is seeing strong growth continue in markets like the U.S. (which alone represents some 50 percent of sales), Japan, Russia and Ukraine. The company is also making a push into China, where it recently opened stores in Beijing and Shanghai. “Feedback has been positive,” Isaia said, adding that another three stores are planned: a second Beijing location, a second Shanghai store and a new location in Shenzhen.

The company forecasts further growth in 2013 propelled by sportswear, which represents around 30 percent of sales and is expected to grow to 50 percent in the next three to four years. “Men these days choose to wear casual most of the time, so the company is following the business.”

Belvest has broadened its offer to include shirts, knitwear and even jeans (like the B5 — its five-pocket line). “Men [in the U.S.] are dressing less formally — except for East Coast bankers,” said Roberta Cocco, president of the company’s North American unit.

At Florentine luxury label Stefano Ricci, the company’s ceo Niccolò Ricci confirmed the firm is still eyeing a stock-market flotation. “In the next couple of years we should decide among three options: keep Stefano Ricci a family-owned business; sell some shares to private equity, or do an IPO.”

In 2012, the brand opened flagships in Vienna, Zurich, Saint Moritz, Switzerland, and Abu Dhabi and saw a 54 percent increase in sales versus 2011.

The firm is looking to boost its own brand’s development, with its private label business — which includes customers like Ralph Lauren — representing some 70 percent of sales.

The heritage trend still has a lot more mileage in men’s wear, meanwhile, though for labels with true legacies it doesn’t equate with vintage product. Instead, the market’s dinosaurs are looking to stay relevant by delivering product with a contemporary edge.

“The point is how the company itself lives up to the new challenges of contemporary lifestyle,” said WP Lavori’s Canè, whose collection included a slim-fit three-piece suit in an authentic buffalo check tricked with waterproof zips.

“If you’re going down the provenance route, it’s about fact not fiction,” said John Sugden, marketing director of Mackintosh. “We’ve got the name, and we’re known as a heritage brand but I wouldn’t say that the range is necessarily geared towards solely heritage, we’re bringing out all sorts of interesting designs, we’re not doing a worn look.

“It’s amazing the amount of people who have come knocking on our door because of the heritage trend, and they don’t take it very kindly when we say, ‘No,’” he continued. New customer Celine made the grade, though, with Mackintosh producing some coats in rubberized fabrics for the brand’s fall collection, he said. Mackintosh is also in talks to collaborate on a “big heritage push” by Mulberry for this fall and next year. Around 15 to 20 percent of Mackintosh’s sales come from manufacturing for other brands.