By Julie Naughton and Evan Clark on February 3, 2015
View Slideshow 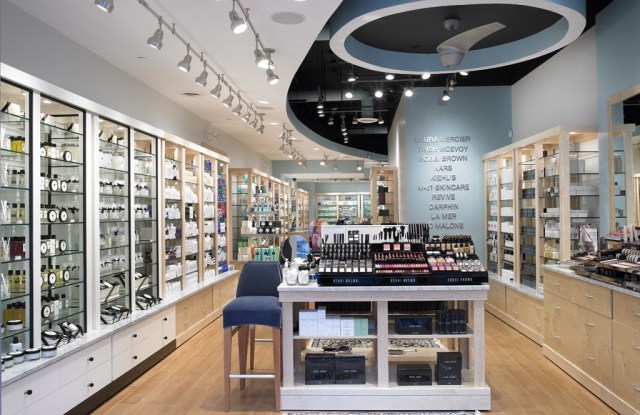 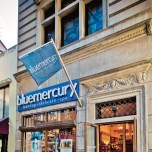 NEW YORK — Macy’s Inc. gave a strong statement Tuesday that it is revving up its omnichannel strategy on all cylinders, revealing plans to acquire the Bluemercury indie beauty chain for $210 million in cash.

The proposed deal could be interpreted as a warning shot across the bow of Sephora, which has been growing rapidly and pressuring Macy’s leading position in the beauty arena.

The Bluemercury acquisition, Macy’s first in a decade since it acquired May Co. in 2005, was revealed on the same day the retailer made a number of senior executive shifts, including that of Jeff Gennette, president of Macy’s, who will give up his role as chief merchandising officer to focus on broader responsibilities within the corporation. He is being succeeded as chief merchandising officer by Timothy Baxter, currently the retailer’s executive vice president and general merchandise manager for ready-to-wear.

The Bluemercury transaction is expected to be completed in Macy’s Inc.’s fiscal first quarter (which ends on May 2) and be accretive to Macy’s Inc.’s earnings in fiscal 2016, its first full year.

“Beauty is such an important category for our company,” Terry J. Lundgren, Macy’s chairman and chief executive officer, told WWD. “We have strong relationships in this marketplace, both at Macy’s and Bloomingdale’s, but we’ve never been in the specialty store business. So this is an opportunity for us to enter a new channel of distribution with fantastic, high-end brands, with a whole service and treatment connection with the customer that is unique to Bluemercury. It’s plus-numbers and new customers for Macy’s. They have some fantastic niche brands ­— and in most of the country, we don’t have about 80 percent of the brands that Bluemercury has, so there’s little overlap.

“Our plan is to operate and significantly expand Bluemercury stores as a stand-alone business with an enhanced omnichannel component for a seamless customer experience across stores, online and mobile. Concurrently, we also plan to add selected Bluemercury products and boutiques to Macy’s stores nationwide,” Lundgren added.

High-tech skin-care and makeup artistry brands are a hallmark of Bluemercury, including the Laura Mercier and Trish McEvoy color lines and skin-care lines such as Darphin and RéVive. The chain also markets its own skin-care line, M61, and most of its locations have spas.

Bluemercury operates 60 stores in 18 states. “We have a huge opportunity to roll out [more Bluemercury] stores,” Lundgren said. “It’s in its early stages with 60 stores, and we think there’s a lot more potential for growing the brand as it is. I think, over time, there will be some opportunities for Macy’s and Bluemercury to work together to do stores, as well. We’re in a brainstorming mode at this point.”

Lundgren declined to speculate on how many stores Bluemercury will top out at, although the beauty retailer said in October it planned to have 100 stores in operation by year-end 2015. “I don’t want to speculate on an exact number, but certainly far more than the current 60 stores,” said Lundgren. “I’ve wanted to invest in another category for a long time and we’ve looked at so many opportunities. We’ve been open to lots of different ideas, but this one was the one that made the most sense.”

Founders Marla Malcolm Beck and Barry Beck will remain in their current roles as ceo and chief operating officer, respectively, said Lundgren, who also noted that the upscale specialty retailer will continue to be run as a stand-alone business — although Macy’s muscle will soon be behind Bluemercury’s Web site. Both Becks will report to Lundgren.

Lundgren noted that macys.com is the seventh-largest U.S. retail Web site, alongside such heavy hitters as Amazon.com and walmart.com, and the Becks are eager to leverage Macy’s infrastructure. “I spend all of my time on the floor, listening to our consumers and what they want,” said Marla Malcolm Beck. “They’ve asked for a lot of things that Macy’s has — a store loyalty program, access to products wherever they are in our chain. I can’t wait to take all of Macy’s omnichannel and retail technology and supply chain and apply it to our business model. I’m like a kid in a candy shop. We’ll also continue to expand our makeup artistry and skin-care categories.”

While some industry observers view the move as a desire to compete with Sephora, owned by LVMH Moët Hennessy Louis Vuitton, for specialty store beauty dollars, Lundgren disagreed. “I think Bluemercury is quite different from any other specialty retailer or department store retailer in the beauty business today,” he said, pointing out that consumers already have other choices, such as Ulta and Bluemercury. “Also, the brands that are in [Sephora and Bluemercury] are different from each other.”

Barry Beck noted Sephora opened a store right next to Bluemercury’s first unit, in the Georgetown neighborhood of Washington, D.C. “We’ve been next to them for a very long time,” he said. “We do have some customer overlap, but our brand mix is very different and we believe that we’re a higher-service model than Sephora.”

The average age of the Bluemercury customer is 44, noted Marla Malcolm Beck. “Most interestingly, lately we’re seeing teenagers starting to shop with their moms in our suburban stores, especially. So we’re actually bringing up the newer consumer — this teenager is learning from Bluemercury how to care for her skin. She’s coming in for makeovers.”

The younger consumer in Macy’s beauty department is targeted with the brand’s Impulse Beauty area, which the department store rolled out in 2010. “Impulse Beauty is really marketed at the Millennial consumer, but it’s not stocked with the prestige consumer brands that are in Bluemercury,” Lundgren said. “Impulse Beauty has the more affordable options, more contemporary smaller brands that work together in an open-sell environment. Bluemercury is far more service-based.”

In the executive reshuffle that Macy’s revealed Tuesday, the company said Gennette will concentrate more of his time on facilitating broader growth strategies within the company’s existing omnichannel businesses to attract shoppers to its combination of national and private brands, and to strengthen customer relationships, consistent with the group’s single view of the business across stores, online and mobile. Going forward, Gennette will oversee Macy’s merchandise planning, as well as maintain oversight responsibility for merchandising and marketing of stores and digital, and private brand product development. He continues to report to Lundgren.

Others promoted on Tuesday include Molly Langenstein, previously executive vice president for men’s and kids’ private brands, who has been named chief private brands officer, succeeding Tim Adams, who becomes chief for international business development for Macy’s and Bloomingdale’s. Patti H. Ongman, previously executive vice president for omnichannel strategies, has been promoted to Macy’s chief merchandise planning officer, succeeding Julie Greiner, who will retire later this year after 40 years with the chain.

Martine Reardon continues in her role as chief marketing officer, now with responsibility for all Macy’s omnichannel market presence and strategy, including brand, promotional, store, digital and events marketing activity, as well as customer analytics.

Peter Sachse, Macy’s chief stores officer since 2012, has moved to a new role as chief for innovation and business development. In this capacity, Sachse will oversee current and future growth initiatives, including international development, exploration of a Macy’s off-price strategy, potential new store formats, expansion of the company’s offering for wedding-related occasions and gifting and application of technology to the shopping experience. Kent Anderson, who has served as president of macys.com since 1998, will assume a new role as president for innovation.

Jeff Kantor, previously chairman of macys.com, has become Macy’s chief stores officer, reporting to Lundgren. Kantor will oversee all aspects of stores strategy, management and operations, including the field stores’ organization of regions, districts and stores with responsibility for localizing the customer shopping experience and customer engagement. Kantor also is responsible for store visual merchandising, design and construction, and real estate. R.B. Harrison continues in his role as Macy’s chief omnichannel officer with responsibility for coordinating omnichannel retailing strategies, as well as oversight of systems, technology, logistics, fulfillment and distribution for Macy’s and Bloomingdale’s. Going forward, he will assume responsibility for the technology infrastructure, programming, site development and analytics for macys.com and bloomingdales.com — bringing together all of the company’s technology capabilities under a single executive officer. He continues to report to Lundgren.

Macy’s also boosted its earnings guidance for 2014. It now expects adjusted earnings per share of $4.35 to $4.37, up from the $4.25 to $4.35 projected last month. The projection excludes charges of $100 million to $110 million related to the previously disclosed merchandising and marketing restructurings, store and field adjustments, store closures and asset impairment charges.

Comparable sales for the fourth quarter inched up 2.5 percent, at the low end of the 2.5 to 3 percent range laid out last month.