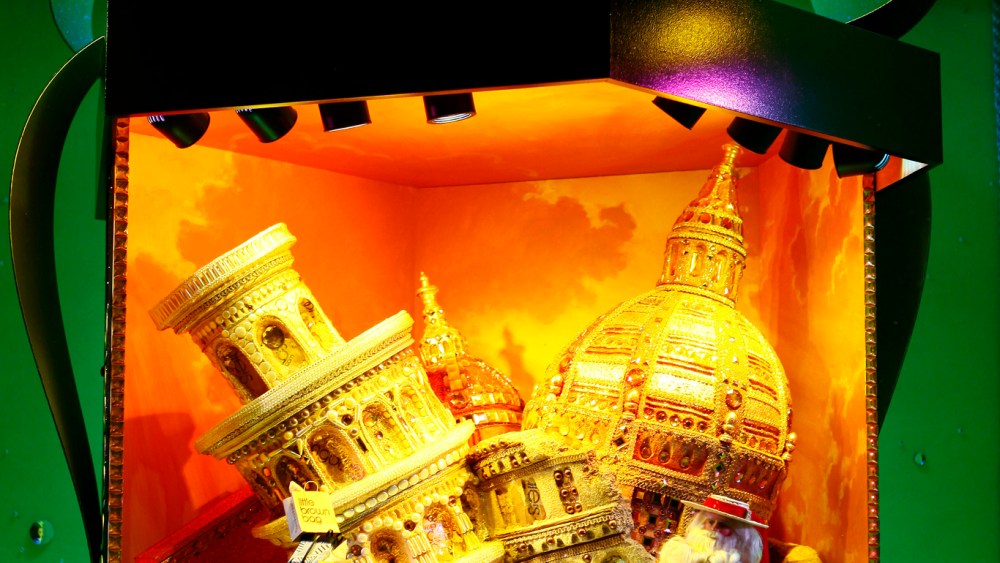 An older tradition dating back to the early 1870s is its window displays for the holidays at its Herald Square flagship in Manhattan. Its sister retail brand Bloomingdale’s — both operations are owned by Macy’s Inc. — also participates with its own themed-window displays.

Here is a selection of store windows from 2012 to 2014. Macy’s has a whimsical take on holiday traditions in New York in 2012, a “Dream” and “Believe” theme of the magic of Christmas in 2013, and a view of Santa’s journey to other planets through a magical telescope in 2014.

The inherent shopping frenzy of the season, with Christmas wrapped up in a series of gift boxes, was the theme at Bloomingdale’s in 2013. The retailer featured Idina Menzel in 2014.

The photos are part of the archives made available from WindowsWear Pro.

WindowsWear has an archival collection of select fashion windows and visual displays dating back to 1931. The collection provides retailers, designers, brands and creative professionals with photos for competitive research, inspiration and trend ideas over the years as they look to create visuals for today’s store windows.

The creator of the digital look book on store window displays counts as clients Nordstrom, Macy’s, Calvin Klein and fashion schools such as the Fashion Institute of Technology and LIM College.