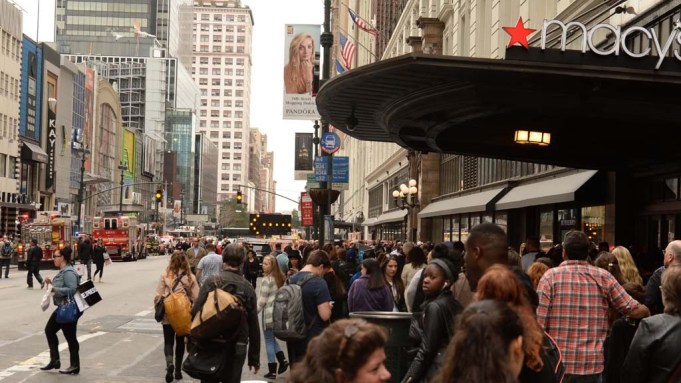 Macy’s Herald Square was back in business at about 1 p.m. on Friday, after a small fire broke out on the loading dock forcing customers and workers to evacuate the store and triggering a massive presence of fire fighters at the scene.

“Customers and associates have all been allowed back in. We got the all-clear,” said Macy’s spokeswoman Elina Kazan.

She added that Macy’s turned the fans on reverse to help clear out the smoke. No injuries were indicated.

Macy’s Herald Square has experienced a handful of fires in the past years, some of which were attributed to the building’s aging infrastructure. However, the company has a multiyear $400 million overhaul in the works involving top-to-bottom renovations and upgrades.