The retailer's Herald Square flagship in New York has added 40 percent more space to the category. 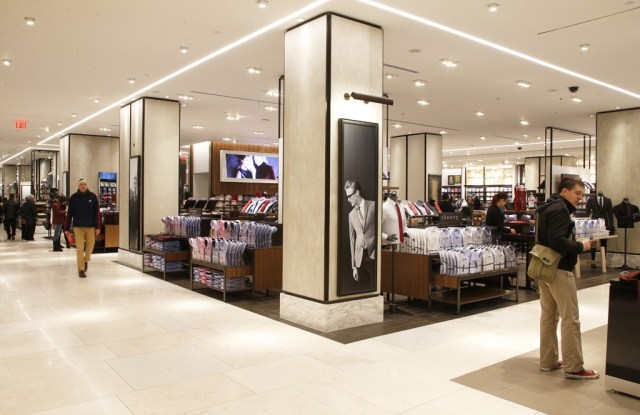 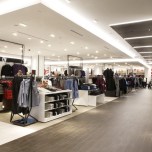 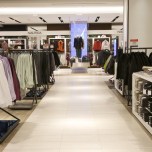 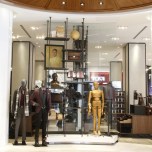 As part of the corporation’s massive four-year, $400 million renovation of its 34th Street flagship, men’s wear is picking up half of the 100,000 square feet of added selling space and expanding its reach from five floors to seven — bringing its total size to 180,000 square feet from 130,000 square feet within the 1.2 million-square-foot building.

The revamping of the main and second floors marks the completion of phase one of a three-pronged project for the men’s department that is slated to be finished in 2015. Three floors will be revamped next year and the final two in 2015. The main floor is home to men’s dress furnishings as well as fragrances and skin care, while the second floor houses traditional and collection sportswear.

“We’re picking up 40 percent more square footage and the extra space gave us the ability to do things right.”

Macy’s has the second-largest men’s business in the country after Wal-Mart Stores Inc., according to figures from The NPD Group Inc. Lumped together with children’s wear, men’s represented 23 percent of Macy’s $27.7 billion in sales for fiscal 2012. “This is the authoritative destination place to shop for men’s wear,” Arnstein said.

Just inside the Seventh Avenue and 34th Street entrance, a “grand entrance” has been created with a circular marble and wooden rotunda. In addition, a new Michael Kors shop has been installed and there’s a leased Sunglass Hut shop.

All told, the main floor is easier to shop with cleaner, straighter aisles as well as enhanced lighting. Escalators have been opened up to provide easier access for customers.

The renovation allows Macy’s to elevate its merchandise assortment. As an example, the main floor now offers a “street of shops” for dress furnishings, Arnstein said. This includes the addition of Thomas Pink, Ike Behar and Ted Baker to complement Polo Ralph Lauren, Theory, Calvin Klein, Hugo Boss and Michael Kors. “We have a strong international customer as well as a local shopper, so this allows us to satisfy different lifestyles,” he said. Arnstein said that because Macy’s appeals to a broad base of customers, the floor also offers more moderate-priced lines such as its own Alfani and Club Room labels.

A Tumi shop was added to the department, as was a haberdashery area. The company’s Bar III Carnaby capsule collection also has a home near the Seventh Avenue entrance.

Many of the shops offer technological elements such as video screens, digital walls and other omnichannel features. “It enhances the marketing and branding experience,” Arnstein said. And the added space gave Macy’s “the ability to play with spaces and push envelopes.”

Arnstein said in the two weeks since the floor has been completed the response from customers has been “fabulous.” In addition to shirts and ties, he said small leather goods “have also been flying since we gave it the right space.”

The second floor is anchored by a large Polo Ralph Lauren shop that is segmented by lifestyle and includes rugged, active and haberdashery rooms. There’s also a separate big-and-tall area. “We’re bringing in elevated product here as well,” Arnstein said of the shop, which is believed to be the largest Polo shop in the world within a department store at more than 9,800 square feet.

Other featured shops on this floor include Lacoste, Nautica and Tommy Hilfiger.

The Lacoste shop embraces its heritage as a tennis brand by adding dozens of tennis racquets, painted white, on one column, and its signature alligator — supersized and also in stark white — on another. On the ceiling is a green pneumatic tube where tennis balls constantly roll back and forth.

Not to be outdone, the Nautica shop offers fitting rooms that look like ships’ cabins, complete with portholes running video of water scenes. There’s also a large screen that shows the brand’s marketing images.

The Tommy Hilfiger shop features an Americana flavor that is indicative of the brand, with lots of wood and heritage elements. Arnstein said it “has the same flavor as any Tommy shop in the world.”

The elevators leading into the Broadway building have also been given a facelift with the addition of wooden paneling and a modern finish.

“And we’re negotiating to bring in new brands for this building,” he said. Although he declined to name names, he said premium denim is one area that will be expanded.

He said all seven floors will be segmented by lifestyle, but the location and square footage of individual brands and categories will be determined by “productivity. We have the ability to plan the store the way the customer shops; enhance the assortment to make stronger presentations with key brands such as Tommy, Polo and Nautica, and create a fun environment for people to shop.”

Arnstein said some of the ideas that are making their debut at Herald Square will show up in the branches, particularly the most productive ones such as South Coast Plaza and Beverly Center in California.

“We have 700 locations, from very small to Herald Square, and My Macy’s allows us to tailor the assortment to the local level,” he said. “But this is the international face of Macy’s for the customer and brings everything up a notch.”

Editor’s Note: For more on Macy’s $400 million renovation, see Friday’s WWD for a detailed look at the new beauty floor at the Herald Square flagship.