Macy's 150th birthday is being celebrated coast-to-coast, but the national chain staged its biggest bash Tuesday in New York, the department store’s hometown. 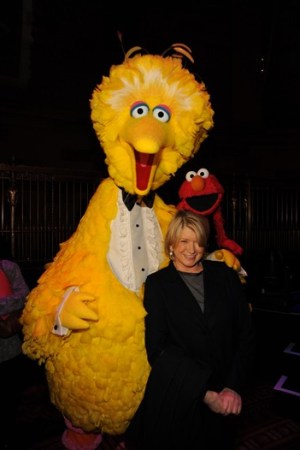 Macy’s 150th birthday is being celebrated coast-to-coast, but the national chain staged its biggest bash Tuesday in New York, the department store’s hometown. Macy’s served up cocktails, fireworks and a red carpet for the top brass as well as 1,200 employees, celebrities, designers and vendors at Gotham Hall, a block from the Herald Square flagship. The timing was perfect, with the Dow soaring almost 900 points and taking Macy’s Inc. up 15.9 percent.

This story first appeared in the October 30, 2008 issue of WWD. Subscribe Today.

“It’s the Barack [Obama] bounce,” said shoe designer Steve Madden. “He’s so fashionable, with it and cool — he’ll be great for the fashion industry.”

Macy’s vice chairman Tom Cole steered clear of politics and economics. “We are so focused on what we have to do to win. If you worry about outside forces, you go crazy.”

“We were around before Coca-Cola and Ford,” said Macy’s vice chairman Susan Kronick. “There is something about the resilience of Macy’s and this [department store] model and the specialness of the people here.” That morning, there was a big crowd inside the Herald Square flagship to fete the 150th. “If you would have walked in, you would have thought that there couldn’t be anything wrong with the world,” Kronick said.

On the red carpet were Macy’s celebrity designers Jessica Simpson and Martha Stewart, as well as Eva Mendes, Tommy Hilfiger, Kenneth Cole, Steve Madden, Clinton Kelly and the “Ace of Cakes” crew from the Food Network. Inside they joined Big Bird, Miss Piggy and Elmo, and Macy’s chairman, president and chief executive Terry Lundgren and his wife, Tina. Macy’s executives Ron Klein, Jim Sluzewski, Martine Reardon, Bill McNamara, Janet Grove, Karen Hoguet and Robin Hall were also present. The crowd was wowed by huge projections of the original Macy’s on 14th Street, a high-octane performance by Alex Da Silva and Alien Ramirez from the hit show “So You Think You Can Dance” and singing by Michael Feinstein and 16-year-old Charice, who was discovered on YouTube by Oprah Winfrey and David Foster and is working on an album.

“Who knows what Macy’s total sales were on its first day?” Mayor Bloomberg asked the crowd. “Anybody know the answer? It was $11.06. I don’t know what you can get at Macy’s for that today. Perhaps a pair of socks.”