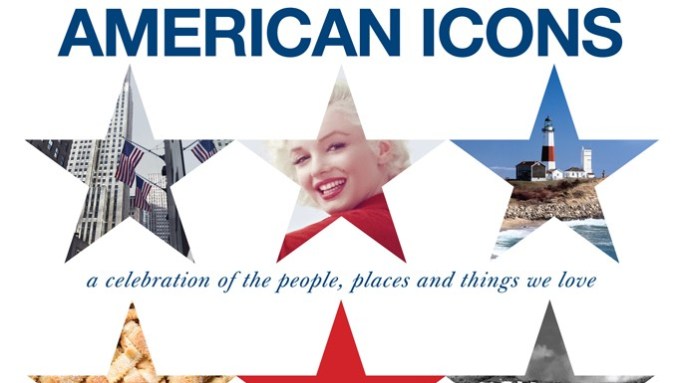 It’s up for grabs, with Lord & Taylor, the nation’s oldest department store, playing “The Star Spangled Banner” daily to open its Fifth Avenue flagship; Bloomingdale’s brandishing the U.S. flag and those of other nations on its facade, and J.C. Penney with a red, white and blue logo evoking Old Glory.

Macy’s will strike a patriotic chord on May 15 when it kicks off “American Icons,” a promotion running through the Fourth of July touching all 800 of its stores and macys.com.

American Icons will be billed as a tribute to America’s great outdoors, historic destinations, pastimes and traditions like drive-in movies, baseball and grilling in the backyard — and of course, American fashion designers. Through the promotion period, much of Macy’s merchandise as well as its marketing and in-store visuals will revolve around Americana, with fashion and home goods created just for the occasion by top domestic designers and brands. The promotion will also raise money for veterans.

“Macy’s is America’s department store, and through this campaign we’re celebrating the unique people, places and things that make our country great,” Martine Reardon, Macy’s chief marketing officer, told WWD. “This is one icon celebrating a lot of other icons.”

Macy’s maneuver this spring seems like a response to Penney’s, which aside from its red, white and blue logo is attempting to reinvent itself under chief executive Ron Johnson into “America’s favorite store.” So far the theme hasn’t resonated as the Plano, Tex.-based chain has been losing popularity and market share.

Asked if American Icons is a broadside at Penney’s, Macy’s Reardon replied, “Absolutely not. This is all about Macy’s country approach.”

That’s a relatively new approach for Macy’s, and refers to an evolving annual strategy focusing on a country for several weeks. In spring 2012, Macy’s staged a promotion called “Brasil: A Magical Journey.” Both Brasil and American Icons represent attempts to make the store more entertaining at a time of year when business is less robust compared with back-to-school, fall or holiday. As Reardon acknowledged, there is an “open window” of opportunity to generate greater shopping interest during the spring.

For American Icons, Ralph Lauren, Calvin Klein, Michael Kors, Tommy Hilfiger, Nike and Levi’s are among large vendors participating with promotion-specific product. With the designers and brands, each has its own interpretation. Some drew inspiration from the flag, others from different regions of the country, such as the desert, or from a great monument, such as Mount Rushmore. Macy’s private brands will be “just as important,” Reardon added.

The event will encompass women’s, men’s, children’s and home. Casual merchandise like denim, strappy sandals and T-shirts will be a major component, given the time of year and because America’s pastimes, like picnics and baseball, are being celebrated. There will also be more inventory involved compared with Brasil, when the goods seemed spotty in some locations, though they had lots of color and sex appeal.

Graphically, too, American Icons will be more dramatic, with large graphics hanging from the ceiling, videos and nine-foot-by-nine-foot “uniframes” with either one big image or nine separate ones. Macy’s will have fashion statements in the aisles and distribute two catalogues, shot in locations including Miami, New York, Napa Valley and Washington.

In 20 mall parking lots, Macy’s will put up screens to show classic American films for free, simulating the near-extinct drive-in movie. Macy’s will also have events at some still functioning drive-ins.

To support the Got Your 6 veteran initiative and its nonprofit partners, the store is introducing a savings pass with the goal of raising $3 million. Beginning May 12, customers can give $3 at any register or buy a $6 Got Your 6 pin to get a savings pass for a day. The Megan and Liz music duo will take a cross-country road trip in a Ford Mustang to explore the musical history of America. The journey can be followed online at macys.com/icons.

Martha Stewart, who some consider an American icon, is even participating in the promotion, in a Macy’s sweepstakes involving submitting recipes to win an “exclusive experience” with the home diva. She’s scheduled to be on hand at Macy’s Herald Square on May 17 to discuss and demonstrate recipes from “Martha’s American Food,” a book featuring her favorite national dishes. Her participation is an interesting twist considering she’s in a contract dispute with Macy’s over the right to sell Penney’s certain categories of products. Some Martha Stewart product lines, including window coverings and party goods, will be sold at Penney’s in a few weeks, while some core categories, such as bedding, remain contested.

Between June 3 and 16, Macy’s will be up on stadium scoreboards announcing giveaways at 10 major league and 35 minor league baseball games. The store is also having a grilling contest, whereby recipes can be submitted on Macy’s Facebook page April 9 to 27, and six finalists will compete in a “sizzle showdown” on June 8 in Atlanta, judged by chefs from Macy’s Culinary Council. One winner will be crowned “America’s Greatest Grill Guru” and receive $10,000 and a trip to Macy’s Fourth of July Fireworks display.

While celebrating all that is American, Macy’s officials noted that American Icons is not a campaign to promote Made in the USA.