Macy’s has snagged another exclusive. 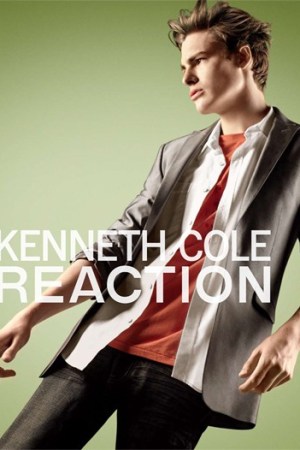 Macy’s has snagged another exclusive.

This story first appeared in the March 2, 2010 issue of WWD. Subscribe Today.

In an effort to bolster the assortment within the men’s sportswear department, the retailer will reveal today it has signed a deal with Kenneth Cole Productions Inc. to launch a new collection of sportswear under the Kenneth Cole Reaction label this fall. The line will debut in 150 Macy’s stores and online in September and is eventually expected to roll out to 550 doors.

Under the terms of the deal, Macy’s will be the exclusive department store retailer of the sportswear in the U.S. and its territories. However, Reaction classifications merchandise will continue to be sold at other department and specialty stores.

“We saw white space in the men’s collections arena,” Jeff Gennette, chief merchandising officer of Macy’s Inc., told WWD in an interview Monday. In terms of pricing, the line will sit “above INC and below Hugo Boss,” he added. “It will be collections-focused but will also have very strong, key items.”

“Usually these things start out as sportswear and then develop into a lifestyle brand and then classifications,” Gennette said. “But this is the reverse. The footwear, dress shirts, neckwear and pants have performed so well for us that we started conversations about [adding sportswear.] We wanted to go with a brand that a guy would immediately trust.”

Macy’s declined to provide a volume projection for the new label.

Jill Granoff, chief executive officer of Kenneth Cole, said the addition of sportswear allows the company to dress “the Reaction guy for all occasions. We realized we could dress him for work or after work but not weekend.”

In stores, Macy’s will install some iconic graphics to promote the line in all doors that will carry it. In flagships, there will be “fully developed, state-of-the-art” shops, Gennette said. The retailer will also employ a full marketing campaign for the collection, although details have not been finalized. He said founder Kenneth Cole will be “personally involved” in working with Macy’s.

Granoff said under the terms of the agreement, some of the Reaction sportswear may also be sold in Kenneth Cole’s own retail stores and on its Web site. And the collection may also be offered overseas someday. “But Macy’s is the sole department store retailer,” she stressed. “Macy’s is a huge, iconic retailer and an important part of our distribution strategy. We believe there is tremendous potential here. We’re focused on launching this right with shops, an ad campaign, and the right product assortment and architecture.” The deal is unrelated to Kenneth Cole New York, the company’s higher-priced brand, which will continue to be sold at select Macy’s stores as well as better department and specialty stores around the country.