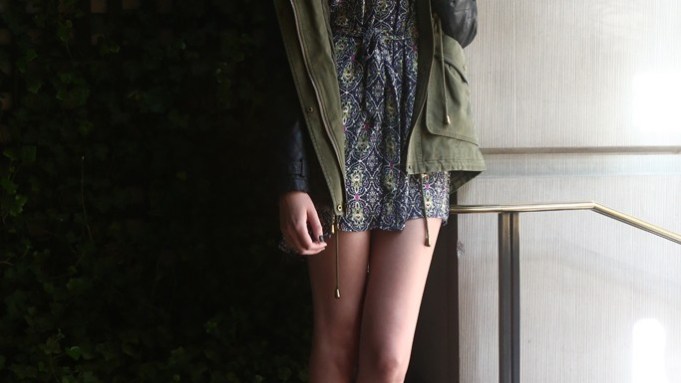 Macy’s Inc. is reaching out to Millennials through YouTube.

The department store has linked with StyleHaul, a network of fashion and beauty YouTube channels, to create online videos launching Monday by four YouTube personalities — DulceCandy87, or Dulce Candy Tejeda; Carlibel55, or Carli Bybel; Sarahbelle93x, or Sarah Eichelberger, and Carly Cristman — to promote its merchandise aimed at Millennial customers. Although Macy’s has placed its own videos on YouTube before, this effort marks the first time the retailer has loosened its reins on the content by working with outside YouTubers to spotlight its apparel, accessories and beauty products.

“We have given the four video bloggers as much latitude as we can to take a look at Macy’s and what they might shop for at Macy’s, and to come up with content that is a reflection of their impression of Macy’s, with the hope that their individual fan bases will be more excited about shopping at Macy’s when they hear one of the vloggers they follow had a great experience with us,” said Jennifer Kasper, group vice president, digital media and multicultural marketing at the retailer. She added that Macy’s believes its assortment speaks to shoppers in their teens and 20s, but conceded, “The challenge we have is putting ourselves on the radar screen with Millennials. We felt that the content that is being created here could bridge the gap.”

The effort also marks a first for StyleHaul, which tapped the resources of its newly formed agency and production house, StyleHaul Studios, to develop for brands videos that don’t look slapped together in a bedroom, as so many on YouTube do. During the shoot for Macy’s, for example, a five-person crew filmed the videos and professional editing helped with the final touches. The videos “are truly this hybrid between premium content and what the girls are already making,” explained Stephanie Horbaczewski, StyleHaul’s president and chief executive officer. “If you are watching it on their channels, you would never think they were not involved with the creation of the content, and if you were watching it on a premium channel, you would never not think it was premium.”

Each YouTuber chosen for the Macy’s initiative has her own style profile that interested the department store. Horbaczewski noted that Eichelberger is preppy and has a girl-next-door sensibility. Tejeda is a free-spirited and casual mom. Bybel is “always extremely polished and made up to the nines,” according to Horbaczewski. Cristman is the enviable type who can pull off most outfits, whether they are centered on sparkly, short evening gowns or shorts and booties. Together, the four YouTubers’ channels have nearly 2.6 million subscribers and 303 million views. When they tweeted and posted on Instagram from the Macy’s shoot about three weeks ago, those social media hints at the larger Macy’s campaign generated more than 4 million impressions and almost 100,000 engagements with the content.

Partly to attract Millennials, Macy’s has been increasing its digital ad spend. In total, the retailer’s advertising expense was $1.18 billion last year, up slightly from $1.14 billion in 2011, and it is estimated Macy’s has allotted at least 12 percent of its ad budget to the digital space.

Because leveraging YouTubers is so new to retailers, Horbaczewski said it remains unclear how Macy’s YouTube spots will translate to sales, and no specific sales targets were set. The videos are e-commerce enabled with annotation tools, however, and Horbaczewski is convinced sales will result. When Bybel was making her video for Macy’s, Horbaczewski recalled, “Her intention was for the products she mentioned to sell out. She was very adamant about that. Her point was that she takes very seriously how engaged her fans are with her, and she wants success for herself as well as for the brand. Her fans want to buy the things she wears. They like what she wears and her style.”