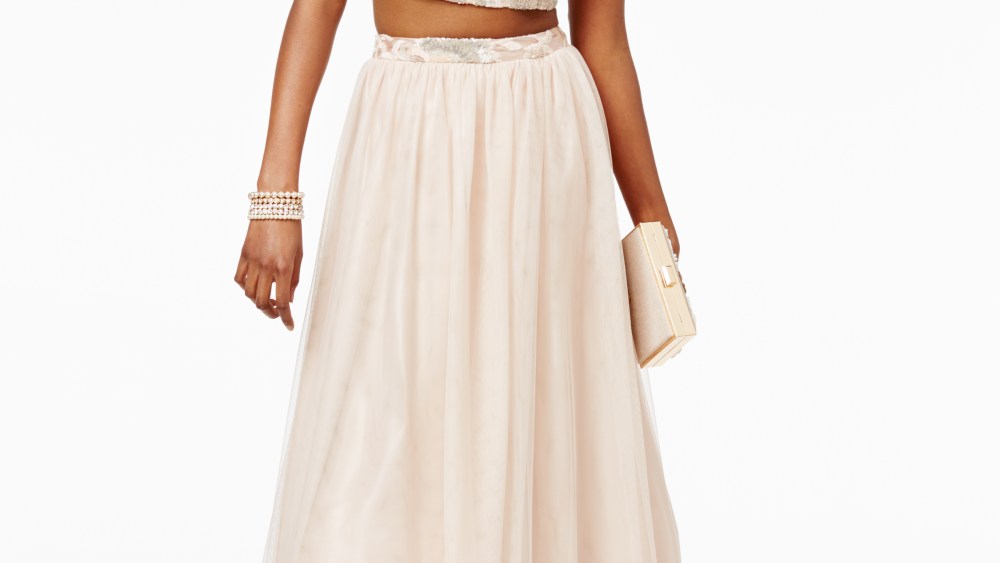 Discovery Consumer Products, the licensing arm of Discovery Communications, has teamed up with Macy’s to be the exclusive retailer for the new “Say Yes to the Prom” dress and jewelry lines.

Featured as a shop-in-shop in Macy’s juniors department, the “Say Yes to the Prom” collection will consist of 28 different styles of dresses from two manufacturers, Bee Darlin and City Triangles, all under the “Say Yes to the Prom” label. Dresses, in junior sizing from 0 to 15, retail from $149 to $189, while jewelry, which includes necklaces, earrings, bracelets and hair pieces, retails from $10 to $28. The jewelry was designed by K&M Accessories. Both the jewelry and dresses will be available at macys.com on Feb. 1 and at Macy’s, beginning Feb. 15.

The “Say Yes to the Prom” retail tie-in is part of a larger TLC philanthropic initiative created by Discovery Communications, which is in its sixth year. The initiative serves nearly 1,000 underserved and academically high-achieving students across the country, providing a complimentary dress or tuxedo for the high school prom. It also includes one-on-one style sessions with TLC’s Monte Durham and Betsey Johnson and mentorship, scholarship and internship opportunities as students prepare for their next journey: college and careers. The initiative was spawned by the popular “Say Yes to the Dress” on TLC, which has a devoted fan base with millions of viewers who have turned in weekly for 14 seasons to find the perfect dress for their weddings.

According to Leigh Anne Brodsky, executive vice president of Discovery Global Enterprises, the company started talking to Macy’s more than a year ago about the “Say Yes to the Prom” collaboration. “This is a franchise that’s so much a part of the zeitgeist. When you say, ‘Say Yes,’ people know what it is. It’s become part of the vernacular,” she said. Macy’s liked the idea because it was not just a flashy TV show, but that it would appeal to Millennials because “it actually has some heart to it and some meaning to it,” she said. “’Say Yes to the Prom’ has a pro-social component, which is a big attraction for Macy’s,” she added.

Brodsky described the initiative as a 360-degree program that has several different touch points, including digital, television, retail and e-commerce. The pop-up shops range from 400 to 500 square feet in 150 Macy’s doors, and 800 to 1,000 square feet in the top 50 doors. The stores will also provide prom tips on mannequin hangtags. Life-size paper doll cutouts for “Say Yes” selfie moments feature dresses from the “Say Yes to the Prom” line. Girls can snap a selfie and post to social media.

Macy’s is donating 500 of the “Say Yes to the Prom” dresses to the charity, and 2,500 in total from their portfolio of dresses. On April 8, for every prom dress sold at Macy’s, the retailer is donating a dress to Becca’s Closet, the program’s philanthropic partner, up to 5,600 dresses. Young men will be outfitted with tuxedo rentals and accessories from Men’s Wearhouse.

Cassandra Jones, senior vice president of Macy’s fashion, said this is the first time that Macy’s is partnering with “Say Yes to the Prom” which aligns very well with the store’s values, as well as TLC and Discovery. It  hasn’t been determined if this will be a multi-year program, but “it certainly could show up again,” she said.

As for the big prom trends that are evident in Macy’s offerings,  Jones cited many of the trends that were seen at the Golden Globe Awards Sunday night such as the ultra femme, romantic trend; old Hollywood glamour; beautiful colors, and feminine aspects such as sparkly sequins. “It’s almost fairy tale and princess-like,” she said. Another trend is much more “it” girl, including shine, embellishment, ornate bead work and fitted bodice and dress. “Two-pieces are very popular for the prom, as well as  off-the-shoulder and open shoulder detailing,” said Jones. She also said sleek and minimal and black and white are big trends for prom, some with embellishment such as ruffles and lace.

According to Adria Alpert Romm, chief human resources and global diversity officer, Discovery Communications, and creator of “Say Yes to the Prom,” girls and boys of high academic achievement who face challenging economic situations at home are selected by high school guidance counselors to participate. Runway events will be held in New York and Los Angeles, and students will be treated to custom tailoring services and full hair and makeup, as well as one-on-one style sessions with Durham and Johnson. A red-carpet reveal show will wrap-up each of these runway events, giving participants a chance to show off their new prom looks. In Miami, Chicago and Silver Spring, there will be a special shopping-only day with Durham.

“Say Yes to the Prom” will feature scholarship, internship and mentorship opportunities as part of educational and youth workforce partnerships with The Emma Bowen Foundation and New York City’s Center for Youth Employment in partnership with the NYC Department of Youth and Community Development’s Ladders for Leaders program, among others. Students at each event will be paired with professional mentors from the fashion and media industries.

Elsewhere, UsTrendy, which specializes in fashion for juniors and young women, has launched a philanthropic foundation called “The Believe in Yourself Project,” which provides thousands of dresses to girls and young women who couldn’t normally afford them, to wear at their upcoming school dances and homecoming. The company also seeks to create a mentor program that will provide mentoring services and other support and bring in women speakers to talk to the girls. Donations began last winter. In the past week, UsTrendy has been delivering dresses to the Boys and Girls Clubs around the country.