The flagship's renovation could be the template for a new urban format at stores across the country. 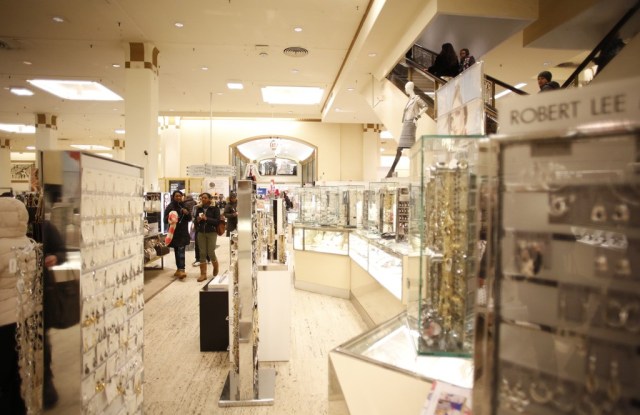 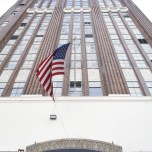 Macy’s is planning to renovate its Brooklyn flagship — and it could be the template for a new urban format at stores across the country.

This story first appeared in the January 24, 2014 issue of WWD. Subscribe Today.

“Brooklyn is a fantastic market,” Terry J. Lundgren, chairman, chief executive officer and president of Macy’s Inc., told WWD. “We are just waiting to figure out the right way to approach the Brooklyn store.”

Lundgren said a “couple of options” on how to renovate are being examined. “We have a very old building there with a complicated floor plate.”

Further complicating the process are the expenses. Macy’s owns the downtown Brooklyn store, meaning there’s no landlord to pitch in on the renovation costs. “We’ve already spent some money on the exterior,” Lundgren noted.

In addition, Macy’s last fall installed a large photo studio on the site for the marketing team and macys.com, not long after Amazon opened near the Brooklyn waterfront a 40,000-square-foot photography facility that has 28 bays for styling, shooting and editing apparel, footwear and accessories.

Lundgren wouldn’t go into further details of the Brooklyn project, but others spoke of the broader context.

“Macy’s sees this [Brooklyn] as a way to start looking at their existing old downtown locations across the country and address changing demographics,” said a source familiar with the project. “There’s a more educated, upper-middle-class, white-collar population moving into Brooklyn. It’s no longer the classic youth market or the aging market.”

The site has several striking features, including an elevator court, a rotunda, an Art Deco lobby, wood-paneled offices and lots of space — more than 1 million square feet. It’s composed of a few buildings that were cobbled together over the years, making renovations challenging. Also, some of the upper floors have low ceilings, though it’s believed Macy’s is focused on renovating the main and second floors, at least initially.

The source said that in Brooklyn, renovations would focus on pumping up Macy’s Millennial merchandising strategy. For the past few years, Macy’s has been aggressively launching brands that target Millennials, including Marilyn Monroe, Keds apparel, Argyleculture and G-Star Raw.

The source also said men’s wear will “be a bigger part in terms of the footprint,” that the women’s business is being reexamined in Brooklyn, with better brands top of mind, and that private brands with contemporary styling such as Bar III and INC International Concepts would be prominent.

According to another source familiar with the project, “Target is doing urban stores. Macy’s is buying into this urban thing, too. This won’t just be a renovation. It’s more of an urban concept appeal, a lot younger, more like Bloomingdale’s SoHo. This is kind of a test. They own a lot of old stores in downtown areas,” some original Macy’s stores, some inherited through mergers. “Baby Boomers are moving back” into city centers.

Target has begun opening CityTarget units to squeeze into dense urban areas. CityTargets are 60,000 to 100,000 square feet, or about half the size of typical Targets. So far only a handful have opened, though Target is exploring major markets. Target operates a regular store in the Atlantic Terminal in Brooklyn.

Wal-Mart is also entering urban markets with smaller formats, and Bloomingdale’s smaller, contemporary SoHo format has been adapted to other urban markets such as Santa Monica and Glendale, Calif.

With Macy’s putting the focus on Brooklyn, it’s clear the company wants to capitalize on the borough’s steady influx of better retailing to the area’s neighborhoods such as Cobble Hill, DUMBO, Park Slope, Fort Greene, Brooklyn Heights and Williamsburg. Recent entries include H&M, TJ Maxx, Shake Shack and A|X Armani Exchange. Century 21 is planning a 130,000-square-foot flagship in downtown Brooklyn on Fulton Street, seen opening in fall 2015. J. Crew is opening soon in Cobble Hill. Nordstrom Rack is coming to Fulton Street and Gateway Center in Brooklyn, and Apple is scouting the borough.

To some degree, the influx of better retail has altered the character of Brooklyn’s downtown shopping from what has long been a motley array of small independent retailers with an ethnic appeal, typically selling sneakers, cell phones and jewelry at price points generally lower than Macy’s. Decades ago, downtown Brooklyn had a cluster of department stores that included Gertz and Namm & Son, as well as A&S.

Recent major developments in downtown Brooklyn, such as the opening of Barclays Center on Atlantic Avenue just a few blocks away from Macy’s, and upgrades to the Fulton Mall, a pedestrian street mall covering 17 blocks from Flatbush Avenue to Smith Street, are encouraging retailers.

“This is still a neighborhood in transition,” said the first source. “Residential towers are going up all over the place, and they’re surrounded by cool, desirable neighborhoods. Downtown Brooklyn is ripe for a change. Brooklyn at this point doesn’t have a well-established retail center, just lots of boutiques.”