Sean “Diddy” Combs is set to follow in the footsteps of Tommy Hilfiger with his new Macy's deal. 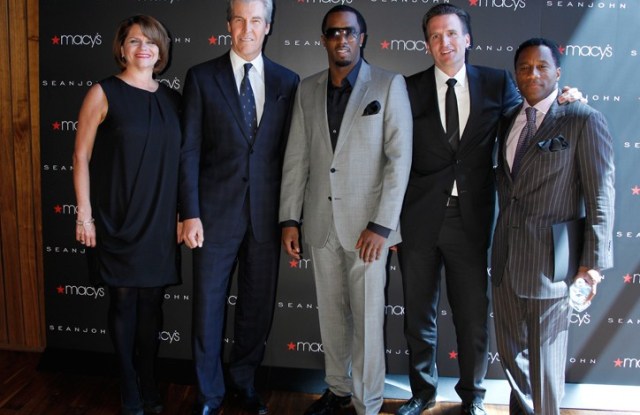 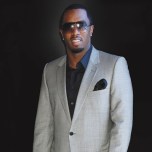 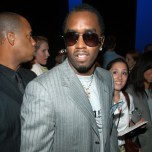 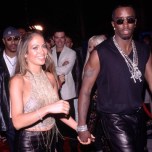 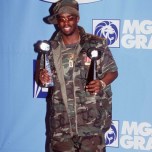 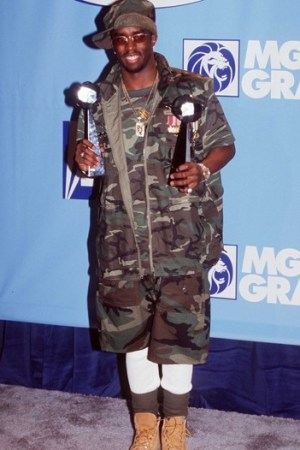 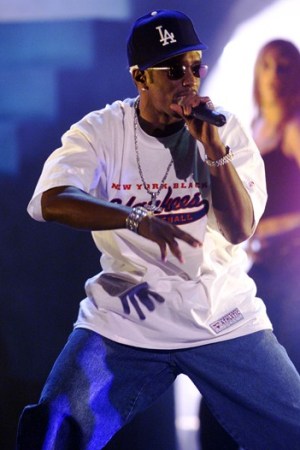 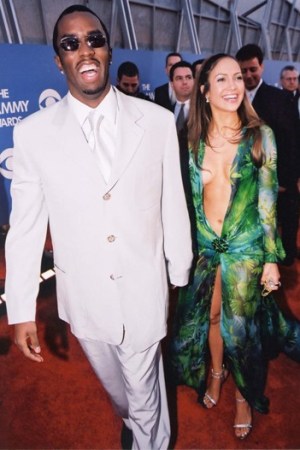 Diddy is set to follow in the footsteps of Tommy Hilfiger.

Sean John, the men’s label founded by the hip-hop artist/mogul/man-about-town, has inked a transformative deal with Macy’s Inc., similar to the one Hilfiger signed in 2007.

Beginning with the spring 2011 season, Sean John men’s sportswear will be only available at Macy’s stores and on macys.com, as well as in the Sean John flagship on Fifth Avenue in New York and eight Sean John outlets. The first exclusive product will begin hitting 400 Macy’s doors even earlier, in October, and Macy’s executives believe distribution will expand to almost all of its 850 stores in coming years.

“We started a relationship with Macy’s 11 years ago. They truly supported us from Day One and now we are taking our relationship to the next level,” said Sean “Diddy” Combs at the Standard Hotel Wednesday morning, where the deal was unveiled.

Terry Lundgren, chairman, president and chief executive officer of Macy’s, added, “This is something we take very seriously. We are committed to making this the most successful launch we’ve had. We know this brand and we’ve seen the evolution of the product.

It’s really elevated to a whole new level and that’s what has us excited about this opportunity.”

If Macy’s is excited, the likes of Dillard’s, Bon-Ton and Belk — plus specialty stores such as Man Alive, Jimmy Jazz and Underground Station — won’t be. Sean John men’s sportswear — which, according to Sean John president Dawn Robertson, accounts for more than half the firm’s $525 million in retail sales — will be pulled out of those stores.

The partnership is a gamble for both Macy’s and Sean John. The 40-year-old Combs long ago transcended his bad-boy reputation of gun-toting rapper and Jennifer Lopez’s squeeze — one of his last much-hyped megabashes was for his son’s 16th birthday — and his maturing image has taken some edge out of the Sean John brand.

The Macy’s deal brings the company a rock-solid retail partner and a level of security. The brand enjoyed fast growth in the first half of its life and became known for its high-voltage, million-dollar-plus runway shows. In 2003, billionaire Ron Burkle acquired a big share of the brand via his Yucaipa Cos. equity firm, injecting an estimated $100 million into Sean John, an amount Combs is said to have spent quickly.

“We are finally getting people to not put us in the urban box,” said Combs. “This is an affirmation of that hard work. We are becoming a more contemporary brand.”

Macy’s has done market research that shows Sean John appeals to a wide group of consumers, according to Jeff Gennette, chief merchandising officer at Macy’s. “This brand has broad appeal across all demographics and across most of our doors,” he said.

Macy’s has made exclusive brands a centerpiece of its merchandising and marketing strategy. In addition to Tommy Hilfiger, whose men’s and women’s sportswear became exclusive to the retailer in the fall of 2008, the retailer is the sole department store distributor of Martha Stewart home products, Kenneth Cole Reaction, Ellen Tracy, Donald Trump Signature, Rachel Rachel Roy, Kouture by Kimora, Threads & Heirs, Lush cosmetics and Vida for Espana by Eva Mendes, among others.

Last year, 23 percent of all merchandise sold at Macy’s was from exclusive brands or brands in very limited distribution. Another 19 percent was from private label merchandise.

Sean John is in about 375 Macy’s stores, and the new deal will add additional doors for the brand, as well as grow the presentation and assortments within each store. “It’s a big business now and it’s going to become much bigger,” predicted Lundgren.

Combs noted Sean John had done more than $1 billion in sales at Macy’s since the brand first launched there in 1999. “We’re going to do a couple billion more,” he said.

Macy’s will build out extensive Sean John shop-in-shops in major flagships, beginning this holiday or next spring, including Herald Square in New York, Union Square in San Francisco, State Street in Chicago, Dadeland in Miami and South Coast Plaza in Costa Mesa, Calif. The shops will carry a full range of sportswear, which will feature new standards of fit and workmanship, said Gennette.

“An expanded Sean John collection will reinforce Macy’s as a destination for modern men’s wear with a sophisticated aesthetic, both casual and dressy,” he added. “This will accentuate the assortment in our men’s departments and will set us apart from other department stores and specialty retailers.”

The Sean John shops will be situated in a new contemporary concept area called Impulse on the men’s floor, between young men’s and designer collections. Other brands in Impulse include Ben Sherman, True Religion, Diesel, English Laundry, Mek Denim and Joe’s Jeans. “We are pulling it out of the young men’s area and putting it next to collections,” explained Gennette.

“That adjustment of where we are in the stores will really show the direction of the brand and the partnership,” said Combs. “That’s the way the line has evolved from the sweatsuits we were known for. Now, we go from the block to the boardroom and I think our fashion evolution will really be seen.”

The Sean John and Macy’s organizations will collaborate to maximize the brand’s business. “We work very closely on merchandising together,” explained Gennette. “We are very clear on what classifications we want to build into, what value price points work for us, what percentage of the line should be fashion versus key items versus basics. With a collaborative partner that we are exclusive with, we will live in each other’s offices.”

In addition to the exclusive sportswear offering and new shop-in-shops, the brand’s licensed classification businesses will receive heightened visibility and marketing support throughout Macy’s stores. One category getting an immediate boost is Sean John underwear, which Macy’s is bringing back into its stores after previously dropping the line.

“We’re changing the positioning of the businesses into prime locations in every door that carries the brand,” said Gennette.

The exclusive deal with Macy’s is for the core sportswear business only and does not cover licensed categories. Competing stores can continue to carry those other classifications if they choose. “Everyone will make their own decisions and I think it will vary by account,” said Robertson of the company’s future relationships with other stores.

One of Sean John’s most lucrative ventures — Combs’ fragrance business with Estée Lauder — is in wide distribution with retailers including Dillard’s, Bon-Ton, Belk, J.C. Penney, Kohl’s and Sephora, and would not necessarily be impacted by the Macy’s sportswear deal.

According to Gennette, Robertson and Tweedy broached the possibility of an exclusive deal some time ago. “We’ve been in business for over 10 years and we had really candid conversations about what’s working and what the white space in the business was,” said Gennette. “We saw an opportunity for the best way to really cement ourselves and work much more closely on product and how to merchandise the line and improve cycle times and get back into trends much more quickly.”

Combs said his interest in a potential Macy’s deal was piqued by the Tommy Hilfiger agreement with Macy’s, which was inked in 2007 and went into effect in 2008. “I was looking at Tommy Hilfiger and I walked into a Macy’s store and thought, This is really a change. What is going on here? Tommy has as much space as Ralph Lauren and the shops are incredible,” recalled Combs.

The Macy’s exclusive has been a positive for Hilfiger, whose U.S. wholesale sales were in a long period of decline prior to the deal, having fallen from $1.55 billion in 2000 to $197.6 million in 2008. This year, Tommy Hilfiger estimates U.S. wholesale sales will enjoy their first increase in years, up to $237.4 million. Indeed, ensuring the continuation of the Macy’s agreement was central to Phillips-Van Heusen’s due diligence process leading up to its announced acquisition of Tommy Hilfiger, which is expected to close this month.

Combs will be featured in Macy’s television commercials this fall to push the partnership. He also talked up his plans to create viral online videos and material for blogs and social media sites. “I’ll be using Twitter and Facebook and MySpace. The way I’ll be getting the message out there will be unprecedented,” he said.

In June, Combs also will undertake a major media tour to promote his new album, “Last Train to Paris,” and his role in the Jonah Hill-Russell Brand film, “Get Him to the Greek.”

“I’ll be on every television show in the world and this will be one of my talking points to help drive customers to the store,” boasted Combs.

Lundgren said Macy’s, which posted sales of $23.5 billion last year, has the capacity to sign more brands to its roster of exclusives. “I think we are still in the infantile stages in terms of its potential,” he noted. However, he cautioned the retailer rejects about 95 percent of the overtures from potential partners looking for a deal. “It’s not just about having an exclusive brand. It’s about having the right brand that our customers are looking for,” he said.

Sipping a glass of celebratory Champagne with Lundgren and his Sean John colleagues at the press conference, Combs reminisced about his first encounter working with, or rather for, Macy’s.

“This is really full circle for me. I started working at Macy’s when I was 16 in the New Rochelle [N.Y.] mall,” he recalled. “I remember so vividly selling ties and dress shirts and belts and ringing them up. And now, I’m further building my relationship with Macy’s.”