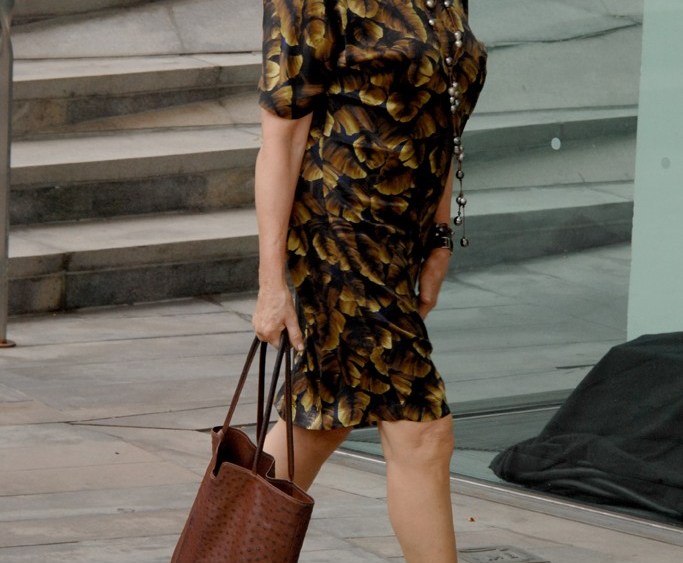 NEW YORK — The battle between Terry and Ron over Martha just got a little more heated — Macy’s Inc. is taking J.C. Penney Co. Inc. to court.

Macy’s, which exclusively carries certain Martha Stewart-branded products under a 2006 deal, was caught off guard in December when Martha Stewart signed an agreement to sell its home wares at Penney’s beginning next year. Penney’s also bought a 16.6 percent stake in the media and lifestyle company and received two seats on its board. The deal was one of the first major moves by Ron Johnson, who last year joined Penney’s as chief executive officer after a very successful stint running Apple’s stores.

Penney’s didn’t have much time to celebrate the deal. Macy’s — headed by Terry J. Lundgren, chairman, president and ceo — quickly filed a lawsuit against Martha Stewart in January, claiming that the home goods maker breached its contract, which it said wouldn’t expire until 2018. In July, a New York state judge sided with Macy’s and granted a preliminary injunction barring Martha Stewart from selling branded bedding, bath, kitchen textiles, dinnerware and cookware in Penney’s stores. The judge also scheduled the case to go to trial in November, but Martha Stewart put a wrench in that timeline by filing an appeal last week. The defiant company added that “nothing” about the ruling would change its decision to sell product at Penney’s next year.

That brings all parties to Macy’s lawsuit, in which the retailer is seeking damages and an injunction against Penney’s. If Macy’s prevails, it will keep its rival from manufacturing and selling Martha Stewart-branded goods, essentially taking the wind out of the Penney’s deal.

Both Penney’s and Martha Stewart declined to comment Thursday.

“Macy’s has an exclusive right to use the name and likeness of Martha Stewart in connection with the manufacture, marketing, distribution and sale of products in contractually defined categories, including housewares, cookware, soft home, bedding, bath and kitchen textiles, home decor and certain furniture,” Macy’s said. “This requested injunction would cover, but is not limited to, any current designs in Macy’s exclusive product categories that were developed by MSLO for J.C. Penney at any time in the past or that may be in the future. Macy’s plans to continue to fully support its exclusive Martha Stewart-branded product sold in its stores and online under its contract with MSLO, which currently extends through January 2018.”

The department store emphasized in court papers that Martha Stewart breached its contract by agreeing to make and sell products to Penney’s that fall under Macy’s exclusive product categories without its consent.

Macy’s lawyers argued the home goods firm also violated its deal by agreeing to develop an e-commerce site with Penney’s that would sell Martha Stewart-branded goods.

Macy’s said that in order to sidestep the breach, Penney’s and Stewart “developed” the concept of “MSLO stores,” or Martha Stewart shops-in-shop within Penney’s.

Lawyers for the home goods firm have argued that the proposed outposts in Penney’s qualify as Martha Stewart shops under the terms of the Macy’s agreement and are therefore allowable.

“J.C. Penney appreciated the flimsiness of the ‘MSLO Stores’ artifice as an attempt to avoid Macy’s exclusivity rights,” Macy’s said, explaining that the creation of such a concept by Stewart “contemplates how to deal with a lawsuit by Macy’s.”

The retailer also argued that by “continuing to proceed” with Martha Stewart after the preliminary injunction ruling, Penney’s is “knowingly” interfering with its contract.

Lawyers for Macy’s said their client is being harmed “in ways that cannot be quantified.” They also noted that the Penney’s-Stewart deal has not only “devalued” the Martha Stewart products that Macy’s is currently selling “in ways that are not calculable,” but it has also “damaged” Macy’s connection with Stewart.

The department store is also looking for punitive and statutory damages, as well as other costs and fees deemed appropriate by the court.