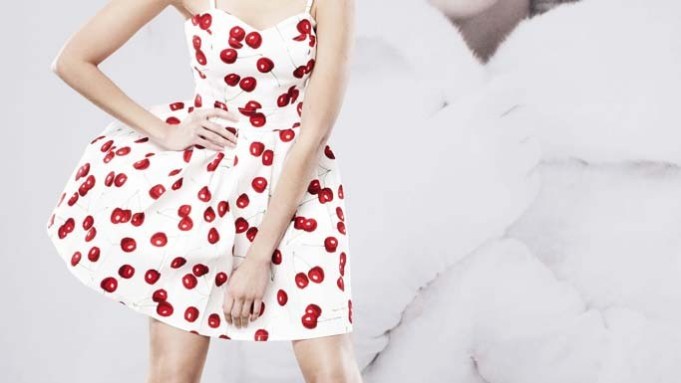 From an Armani dress at the Academy Awards that Jessica Chastain said made her feel like Marilyn Monroe to a fictitious Broadway musical about her life on NBC’s “Smash,” the late icon is having a moment.

And Macy’s is ready to pounce on the opportunity by launching a collection of apparel in the mstylelab department at 150 stores and online mid-March.

The collection, which was created in partnership with LF USA and Authentic Brands Group, is targeted at 16- to 22-year-old women and will range from sundresses and halter dresses that cinch at the waist to cropped pants, gingham tie-front tops, pink polka dot denim and cut-off T-shirts. Several of the Ts feature photos of the actress. The collection will retail between $29 and $89.

The collection will be “one of the lead brands on our juniors’ floor,” Reardon said, and will be marketed in March magazines including Teen Vogue as well as through social media channels. There will also be “several targeted direct mail pieces” for Macy’s customers, as well as in-store representation that will employ iconic images of the actress.

The Marilyn Monroe collection launch is part of a larger strategy for the retailer to zero in on what it calls the Millennial generation, shoppers between 13 and 30 with estimated annual spending power of $65 billion for product at Macy’s price level. The company identified 23 brands in categories ranging from men’s and women’s apparel to footwear and beauty that it believes will appeal to this customer.

If sales of Marilyn Monroe apparel are as successful as expected, Reardon said, Macy’s would consider expanding the product categories it offers under the label in the future.

Nick Woodhouse, president of Authentic Brands, which acquired the intellectual property of Marilyn Monroe LLC in January 2011, said much of the product in the market today is “novelty-based” and includes products such as Post-it notes, but the collection launching at Macy’s is its first foray into ready-to-wear. The brand also has licensing deals with MAC for cosmetics and Dior for fragrance.

He said that although he believed a Marilyn Monroe collection could be a “good brand” for Authentic Brands, the appeal to young girls was a bit surprising. “But the Google generation has recognized her sense of style and mystery” and is also drawn to her “amazing quotes that you couldn’t make up yourself,” he added.

Woodhouse declined to provide a volume projection for the line.

Looking ahead, Woodhouse said Authentic Brands will be offering other products, including optical glasses, sunglasses and accessories with Allure Eyewear, for fall; handbags, fashion accessories and gifts with Li & Fung accessories for summer; candy with It’Sugar for spring, and women’s footwear with Will-Rich Shoe Co. for holiday.