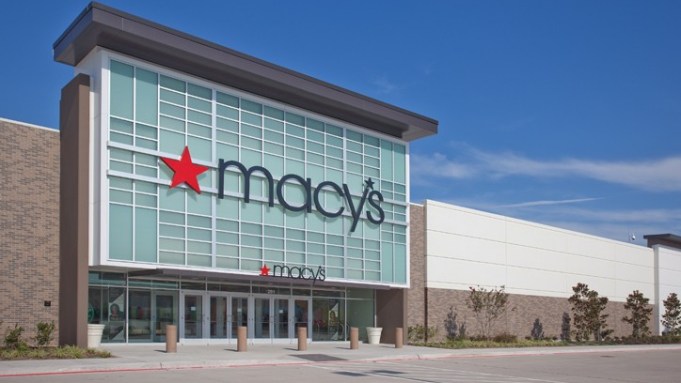 Is another big shoe about to drop?

As Macy’s Inc. on Tuesday revealed it’s shutting down five units over the next two months, there’s been growing speculation other chains will soon chime in with their own announcements of closures after digesting 2009 results and determining which units performed and which didn’t.

The first quarter is usually when retailers streamline their fleets. However, the recession has underscored the nation’s overstored and overinventoried state. It’s testing retailers’ management skills, pushing them to rethink the future, strive for greater productivity and to make painful cuts across the board. Aside from closing stores, retailers have intensified negotiations with landlords over rent concessions, mitigating some downsizing. Last year, there were sharp reductions in head counts and merchandise orders, but not the tsunami of store closings that was expected.

It’s all leading some executives to believe the upcoming shakeout could be bigger than that of 2009.

“The guys that are losing market share are going to close more stores,” said David Jaffe, chief executive officer of Dress Barn Inc. “A lot of them are overstored and the customer has voted for more value. We’ve benefited from the trade down effect. It’s a secular shift.”

“There is great anticipation of a lot of store closings,” added George Goldfarb, executive vice president and chief operating officer of Maurice’s, a division of Dress Barn. It’s the concern he picked up on at the International Council of Shopping Centers convention in New York last month, though at Maurice’s, “We will continue to look for store opening opportunities on a very select basis, and at a minimal number of store closings.”

There could be over 10,000 store closings in malls in 2010, according to Michael Burden, principal at ExcessSpace Retail Services, which helps retailers rationalize their real estate portfolios and negotiate with landlords. In 2009, about 7,000 stores closed, though there were predictions of 12,000 to 14,000.

“Stores aren’t closing just because of underperformance,” Burden said. “There are other factors. You have mergers and acquisitions leading to duplications in markets and there’s been a move to carrying less inventory,” leading to square footage changes.

“We are committed to maintaining a healthy portfolio of stores, which requires us to make the difficult decision to close some stores that no longer meet our performance requirements, as well as to open new stores where we see opportunities,” said Terry J. Lundgren, chairman, president and ceo of Macy’s.

The Macy’s stores will close in about 60 days after clearance sales commence Sunday, resulting in the loss of 307 jobs. They include the 118,000-square-foot downtown Boise, Idaho, unit; the 285,000-square-foot Summit Place Mall unit in Waterford, Mich.; the 240,000-square-foot unit in Northwest Plaza, St. Ann, Mo.; the 113,000-square-foot downtown Missoula, Mont., unit, and the 185,000-square-foot Burlington Center Mall store in Burlington, N.J. In 2010, Macy’s plans to open a Bloomingdale’s unit in Santa Monica, Calif., and Dubai, its first international location, which will be a licensed store. Last year, Macy’s closed 11 stores and, the year before, nine. Macy’s bought May Department Stores Co. in 2005, leading to lots of duplicative locations and disposals of stores.

Asked if additional closings could be unveiled this year, Jim Sluzewski, Macy’s corporate spokesman, replied, “Probably not,” adding that store closing announcements are typically contained to a single disclosure after Macy’s completes its store review process which leads to pruning underperforming locations while also opening new locations to fill gaps in local markets.

Helping to arrest some of the industry fallout, rents in malls have declined 10 to 20 percent in the last nine months, according to Burden of ExcessSpace Retail Services. But he said vacancy rates in malls are north of 10 percent on average, and could rise to 15 percent or higher this year. “Vacancy is typically 2.5 points above the unemployment rate in a typical economic cycle,” Burden said. “But in a recession or economic crisis, the retail vacancy rate is considerably higher than the unemployment rate. To see 15 to 20 percent vacancy is not out of the question. In 2009, virtually every major retailer down to mom and pops contacted landlords about rent concessions.”

“There are still opportunities for a lot of retailers in and off the mall to pare down. We probably don’t need as many in the missy space, between malls and lifestyle centers,” said Sapna Shah, a principal at Retail Eye Partners, a research and consulting firm for financial institutions. “We are still seeing small mom and pops go out of the mall.”

AnnTaylor Stores Corp. is in the process of a full analysis of its store portfolio, involving 11 conversions of Ann Taylor units to Lofts, and 45 closings through fiscal 2009, including 28 in January. A comprehensive plan will be revealed during the yearend call in March.

Abercrombie & Fitch Co. is also expected to close some doors. In its third-quarter report, the firm said it would offer specially targeted price points, particularly at Hollister, and would evaluate its domestic real estate footprint, notably at A&F, while working to improve its fashion content across all its brands.

At Saks Inc., “There are a handful of stores that we constantly look at and work with developers on,” said chairman and ceo Stephen I. Sadove, though he added that it’s not so easy to close an anchor due to lease obligations. Asked if, industrywide, he sees many closings in the first quarter, Sadove said, “With small specialty shops, you are probably right.”

“I think it is a possibility, but not for us,” said Richard Baker, chairman of Hudson’s Bay Trading Co., when asked if store closings could swell next quarter. Hudson’s Bay operates Lord & Taylor in the U.S. and The Bay and Zeller’s in Canada. Baker also said he doesn’t see many big department stores closing . “Lord & Taylor is doing very well, a lot better than our plans and projections,” he said, adding, “A lot of these [department store] guys pay almost no rents.”

J. Jill, Zale’s, Talbots, Dillard’s, Barneys New York, Victoria’s Secret, Chico’s, Loehmann’s and Neiman Marcus are among the chains analysts and liquidators are watching for potential closings. The bulk of their space is controlled by six landlords — Simon Property Group Inc., General Growth Properties Inc., The Macerich Co., Westfield Group, CBL & Associates Properties Inc. and Taubman Centers Inc. While these developers have been working to retain tenants, they will feel the pain of rent concessions.

“They are combating the vacancy problem by attracting nontraditional or ‘mom-and-pop’ retailers offering a niche concept, like teeth whitening, or moving former kiosk operators selling massage chairs and eyebrow threading from main aisles to their own locations, at lower rents than the national chains that used to lease the space,” said Shah. “Even though mall landlords are filling vacancies with nonchain retailers, many of those don’t last more than a few months. And we have to believe that nonnational/mom-and-pop retailers are paying a lot less rent than the previous tenants, so landlords are still taking in a lower total rent for the mall with more risk of tenants closing up shop in the short term.”

“People with marginal stores are in many cases letting the leases run out. In other instances, landlords are more accommodating by reducing the rent or changing it to a percentage of sales,” said Financo Inc. chairman Gilbert Harrison.

“We need to have a further shakeout,” said Jennifer Black, the retail analyst at the firm bearing her name. “There are more closings coming for sure.”

“Everyone has to close stores, whether they will is another story,” said consultant Emanuel Weintraub. “If you take $1 trillion to $3 trillion out of consumer spending, where are we going to get the purchasing power to buy what’s in the stores?”

“There are a lot of people reevaluating their portfolios and in so doing identifying underperforming stores and wanting to close stores that are not productive so they can reinvest dollars for more productive possibilities,” observed Laura Pomerantz, a principal at PBS Realty Advisors.

But not everybody believes a deluge of downsizings is ahead.

“There are always tenants that close in the first quarter, but I don’t see any mass closings,” said Bill Taubman, chief operating officer of Taubman Centers. “Outside the top 50 centers in America, landlords will likely continue to give rent relief to tenants in financial trouble to encourage higher occupancy, but landlords will get control over the space, allowing them to replace tenants quickly. Three to six months ago, tenants’ heads were in the trenches. The focus was on surviving the battle, not how do I grow for tomorrow. Now, no one is in overdrive but I see a real shift in the mentality of tenants — that they are looking to position themselves for the future.”

“I think we have seen the worst and are seeing signs of improvement,” said Steve Greenberg, president of the Greenberg Group Inc. retail real estate advisers. “Shopping at outlet centers is actually pretty good as people travel farther to get a perceived value, those people that are affluent or don’t have financial issues have been hibernating but are starting to shop. Any prudent retailer does not want to continue to operate an unprofitable store, but it’s not as simple as turning the light switch off. If you are a national retailer and have a lease obligation, you have to enter a negotiation to close.”

“In the best shopping centers, there is no space and rents haven’t moved one iota,” said a real estate developer who requested anonymity. “In the second-tier centers, rents have clearly moved and landlords are dealing but only with tenants with financial issues. Where tenants have credit and they have a lease obligation, the landlords are going to tell the tenants to operate. Where tenants don’t have credit or the lease is terminating, it’s a negotiation.”

“There has been a huge amount of renegotiations on leases with landlords,” observed James Schaye, ceo of Hudson Capital Partners. “Most have gone rather successfully for the retailer, in cases where the mall feels very strongly. That has stemmed the tide — a lot more than I would have anticipated. There are going to be store closings, but I don’t think we’ll see the same amount of the Chapter 11 filings that we did a year ago. That’s where you really see store closings. It’s hard to close a store unless you are in Chapter 11.”