The vintage-inspired collection by costume designer Janie Bryant will be priced from $26 to $138. 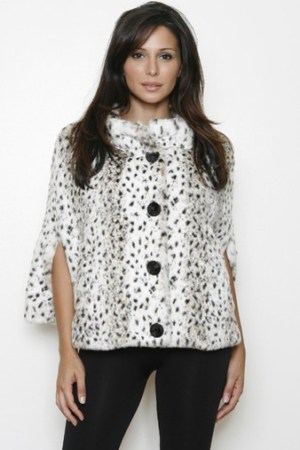 The distinctive Sixties-era styles worn by the women of “Mad Men” are coming to QVC.

Janie Bryant, costume designer for the award-winning AMC drama that revolves around a Madison Avenue advertising firm, has created a vintage-inspired collection called Mod by Janie Bryant that she will begin to hawk during a one-hour show on the home shopping network on Sept. 29. Select items will be available on the QVC Web site next month.

The 20-piece apparel line will include outerwear, jackets, sweaters and bottoms. In addition, there will be a handbag and 10 to 15 pieces of costume jewelry. All apparel and accessories are priced from $26 to $138 retail.

“‘Mad Men’ has had such an influence on fashion in that women are dressing up more, so these are statement pieces that can change your outfit in an instant,” Bryant said of the fake-fur jackets and capelets, reversible satin swing coats, brocade boleros, pencil skirts, skinny pants and colorful crystal pendants and pins.

The collection is based on the hues and patterns of animal prints, with silhouettes inspired by the Fifties and Sixties. Cardigans have detachable fur collars and beading detail, and capelets come in cheetah and snow-leopard patterns with matching pillbox hats. For spring 2011, Bryant said she’s thinking in a more romantic vein with plenty of lace, eyelet and fresh colors.

“We certainly think there is a demand for this product,” said Doug Howe, executive vice president of merchandising for QVC. “Vintage is such a strong trend right now. For example, the Rachel Zoe collection sold out right away and we’ve been chasing it ever since.”

Howe declined to give sales projections, saying, “We let the customer dictate how we respond with the merchandise.”

Bryant received three Emmy Award nominations for her work on the HBO series “Deadwood” and won in 2005. She has been nominated twice for “Mad Men.” (See related story on page 9.)

“I had been wanting to develop my own line through licensing, which is how I came to QVC,” said Bryant, who also serves as a consultant for Banana Republic. Her first book, “The Fashion File,” will be published by Grand Central on Nov. 1.

“The book shows you how to develop your own personal style and be your own leading lady, which starts on the inside,” she said. “I am fortunate that my job is to make people look great, so if I can do that beyond the actors and actresses, that’s wonderful.”