Story Boutique Promotes Made in America

The store in New York’s West Chelsea neighborhood will showcase items from more than 100 domestic labels. 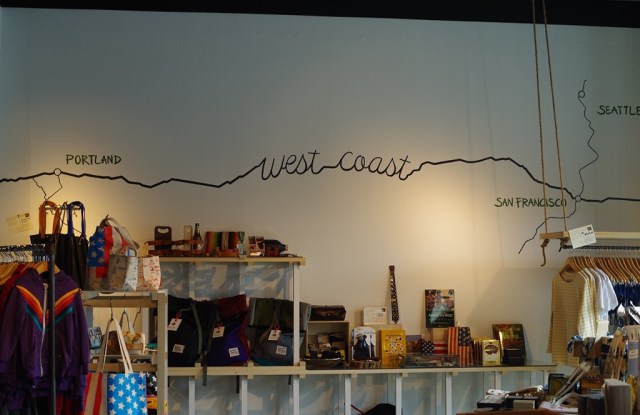 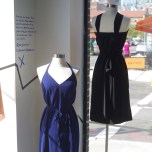 Story, the boutique in New York’s West Chelsea neighborhood, is now all about Made in America, showcasing items from more than 100 domestic labels.

This story first appeared in the July 24, 2013 issue of WWD. Subscribe Today.

With a road map hand-painted on the store’s walls by Georgia Elrod, the summer vacation-inspired concept houses brands by their respective area of origin — Northeast, South, Midwest and West. Made in America is the 12th retail experience adopted by Story, which overhauls its merchandise every few months to tell a different tale with its products.

This time around, Story founder Rachel Shechtman joined forces with two curators from the Boulder, Colo.-based creative agency Made Movement and the New York-based Flint and Tinder brand. Made Movement, which has an advertising arm and a retail one with its Made Collection Web site, selected half the brands being sold at Story and through the group’s own online store. Made Movement’s Alex Bogusky (a cofounder of Crispin Porter + Bogusky) will fly in for the Aug. 19 pitch night, where designers and brands can pitch products with the hope of having them sold at Story.

The idea is to help consumers better understand the economic impact of their purchases. At a Perch Interactive-designed table, visitors learn how for every dollar that is spent on an American-made item, another $1.40 fuels other sectors of the U.S. economy, according to the U.S. Department of Commerce.

As part of its commitment to supporting inspiring start-ups, Made in America tapped Flint and Tinder, which claims to add one sustainable job to America’s supply chain for every 1,000 pairs of underwear the company sells per month. Through Kickstarter, Flint and Tinder raised $279,000 to launch underwear and then later $1 million to introduce what it called “the 10-year hoodie.” Founder Jake Bronstein cocurated the merchandise with items that measured up to his “quality made here” ideology. Detroit Denim, Malia Mills, Mollusk Surf Shop, Defy Bags and Aviator Nation are among the labels being sold in the 2,000-square-foot store at 144 10th Street.

Made in America runs through Sept. 1. Flint and Tinder items are also being sold, and the label will launch its own denim collection Aug. 6 at Story.