There's a new cultural revolution under way in China. 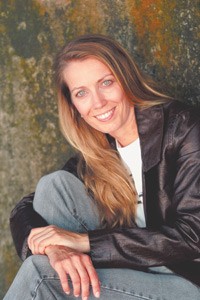 “It’s not just, ‘I want to get a pair of new sunglasses’; it’s, ‘I want to get my Gucci sunglasses,'” Sandy Thompson, author of the new book “One in a Billion,” (powerHouse Books, $35) said of the affinity for brands developing among Chinese consumers.

In the almost eight years Thompson spent in China, three of them researching the book, she discovered the desire for brands was coupled with a style sensibility that was eclectic and nonconformist. And it springs from a culture whose population is dominated by youths and young adults: 71 percent of the 1.3 billion Chinese, or 923 million of the population, are between 15 and 24 years old.

“The Chinese are creating their own trends, rather than following trends,” for the most part, said Thompson, planning director at Saatchi & Saatchi’s agencies in New York and Canada. “There’s a sense of their own style they’re trying to create, like people do in Japan.” This plays out in numerous ways, such as the shocks of bright orange hair color she spotted while researching the book, slated to hit stores by early August.

That sensibility marks a change from when the author/marketing executive arrived in China in 1996. The introduction of luxury fashion labels a year or two later has since raised people’s interest in style and in brands. “People are not buying products, they are buying brands,” Thompson asserted. “People love brands.”

In an interview at Saatchi & Saatchi’s airy offices in the West Village here, she recalled seeing a Chinese man who had left the Hugo Boss label on the sleeve of his new suit, reflecting the passion he felt about wearing the name. Such passions for fashion brands are arising in China even as the affinity for them is on the wane in the U.S., where consumers are increasingly putting a higher priority on the price and style of those products.

In addition, “a lot of locals don’t like to buy fakes — they want the real product,” Thompson said.

The burgeoning demand follows the surge of designer brands in places such as Shenyang, Shanghai and Beijing. Although shoppers initially were sparse at China’s first designer boutiques and luxury malls, Thompson said there are now lots of customers, and brands like Louis Vuitton, Chanel and Giorgio Armani are well represented.

Not the least of those shoppers are China’s teens, twentysomethings and women — women who are mentally independent and financially equal with men. “Women in China achieved financial equality with men long before so-called progressive countries like the United States and the United Kingdom,” the author writes. Or as Thompson observed in chronicling the mind-set of one of her fellow researchers in China: “It had never occurred to her that her father’s career was more important than her mother’s or vice versa. They were equal. Both were responsible for the financial status of the family.”

Youths and young adults, Thompson said in the interview, “are the first generation that can afford fashion — politically, financially and emotionally. For a long time, there was no fashion,” she added of a country now dotted by brands such as Levi’s and Vans. “Once you’re given permission to do something, you really do it.”

Their style, not unlike that of their counterparts in the U.S., does not always meet with parental approval. Beneath a photo of two boys, one wearing an open-collared, maroon shirt, and the other a neon-red, yellow and black T-shirt, the author quotes one as saying: “My parents don’t like that we dress fashionably. But I explained to them that all kids in Japan dress like this, they are well-off and king of the house.”

While China’s big numbers are a siren call for marketers — personal incomes have quadrupled in the past 20 years — those players will need to get to know the country’s 1.3 billion people, Thompson said. “The numbers are outstanding, but the reality is, you have to move the people,” she said. This is the case, Thompson added, despite a belief that “you have to appeal to Asians as those who will buy things only on a rational basis.”

Although she did not completely reject the notion of a rational marketing approach, Thompson emphasized the importance of inspiring respect and love — “the difference between offering the cleanest teeth versus the most beautiful smile.”

The author/marketing executive discovered a responsiveness to emotion-based appeals during her first five months in China, shortly before the Hong Kong handover from the U.K., when her meetings with 100 focus groups produced no more than a superficial understanding of the participants. “I felt I was getting the same response; I wasn’t getting any stretch or depth,” said Thompson, who works with a staff of 30 people at Saatchi & Saatchi to uncover how products and brands fit into people’s lives. “I couldn’t get a perspective by digging into the brands without a perspective on the culture or the people.”

That realization spurred a 10-day road test to see if she could connect with the Chinese individually, Thompson recalled, as “provincial travel wasn’t something people did [in 1996].” The journey, which she made with a handful of colleagues and $100 in cash, spurred her almost eight years of market research and led to a personal transformation.

“The best thing that happened to me was to be in a market where I couldn’t speak the language,” said Thompson, who is 42 years old. “It forced me to sit back and watch [for the] first time in my career. The real skill is just to relax and enjoy it. As soon as you’re yourself, people open up.”

Source: “One in a Billion,” by Sandy Thompson (powerHouse Books)