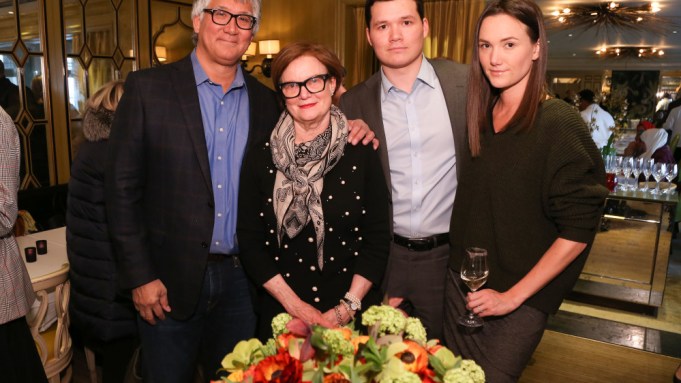 NEW YORK — Mallory Andrews, who crafted events and “experiences” for luxury shoppers and designer habitués at Bergdorf Goodman and Barneys New York, is moving on to another phase in her career after four decades in fashion retailing.

Since 2006, Andrews has been Bergdorf’s senior vice president overseeing advertising, marketing and creative for the store and bg.com; BG Magazine; public relations; events, and social media. Her last day at the store is today and after taking a breather, she will consider her next move.

Andrews, who started her career at the Joanne Creveling public relations firm in 1975, actually had three separate stints at Bergdorf’s. She first joined BG in 1980 as director of publicity, working with the team of Ira Neimark and Dawn Mello, who transformed the store into one of the most luxurious emporiums in the world.

“When I started here, Andrew Goodman still lived upstairs in the penthouse apartment,” Andrews recalled, referring to the late former owner of Bergdorf’s. “I remember when we staged a fashion show for Fendi at the Grand Army Plaza, I saw Andrew coming down outside, in his smoking jacket, asking us what were we doing so late outside.”

She left Bergdorf’s to join Barneys in 1983 as vice president of pr and special events, where was involved in several Barneys openings when the retailer was in expansion mode. In 1994, she joined J. Crew, shifted back to Bergdorf’s in 1996, worked at Sotheby’s for a while, before rejoining Bergdorf’s in 2002.

In 2012, Andrews orchestrated a sweeping celebration for Bergdorf’s 111th anniversary, compiling the book “Scatter My Ashes at Bergdorf Goodman” and producing the similarly titled documentary film. She later put together the Bergdorf Goodman Cookbook with recipes from designers, editors and the BG Restaurant; developed partnerships with Warner Bros., Universal Films, JetBlue, the Italian Trade Commission and tourism boards around the world, and staged countless designer shop launches and trunk shows and parties.

“I’ve loved every moment of it. Now I’m looking forward to taking time off, but I promise there will be a next chapter,” Andrews said Wednesday, when she was surrounded by family, friends and colleagues at her retirement party in the BG Restaurant on the store’s seventh floor.  “It’s certainly sad to be leaving, but I’m leaving the company in good hands.” Nicole Fein, vice president of marketing and communications, is taking over Andrews’ responsibilities.

“Did we have a good time or what?” asserted Betty Halbreich, Bergdorf’s legendary personal shopper, among those at the party. “I will miss Mallory even though I couldn’t get her on the phone half the time.”
“Her attention to detail is exceptional,” said Ellen Carey, a former director of publicity at Barneys, even down to selecting the stamps on invitations and letters sent out by the store, Carey noted. Andrews also fancied L.A. Burdick’s miniature chocolate mice for party treats, she added.
“She really left her mark on two of the most unique fashion brands in the world, Barneys and Bergdorf Goodman,” said Michael Crotty, chief marketing officer of The Shade Store who once held the same title at Bergdorf’s. “What’s unique about Mallory is she always had her ear to the ground, knew what was coming before the rest of us and would find a way to bring it to life in the store.”
Newsletters