Mango Aims to Double Sales by 2019

The Spanish fast-fashion chain also plans to roll out 5,200 stores to operate 7,800 units by then. 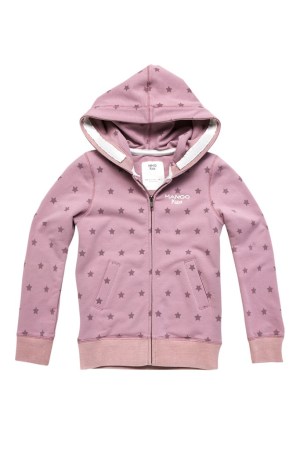 MEXICO CITY — Spanish fast-fashion chain Mango hopes to more than double sales to 4.5 billion euros, or $5.85 billion, by 2019 and roll out 5,200 stores to operate 7,800 units by then, general manager Enric Casi revealed to WWD.

The Barcelona-based chain will also launch a plus-size clothing line and a new label for teenage girls in the near to medium term, a spokeswoman said. Mango has ambitious plans to expand its men’s label H.E. by Mango, sales of which have risen 30 percent annually since its 2008 debut, with plans to open 400 stores in five years, Casi added.

The bulk of this year’s openings will take place in Western and Eastern Europe, Casi said. Mango will also leap into new markets such as Angola, Zimbabwe and Mongolia and further expand in Chile and Peru. Other expansion will focus on the Middle East, Southeast Asia and the former Soviet Union countries.

Casi conceded the 2012 turnover increase was not easy to achieve as sales in recession-stricken Spain and other developed markets were weak. He noted Mango was forced to further restructure its business and launch a major promotional campaign in Spain, where merchandise was discounted by as much as 50 percent. In the other 107 global markets where it’s present, the retailer slashed prices by 30 to 40 percent, Casi said.

As part of the strategic shift, which began in 2011, Mango changed its merchandise assortment to stock more day-to-day casual and work items and fewer party and event apparel, which have for years accounted for the lion’s share of sales.

“In 2011, we changed direction,” Casi said, adding that store interiors changed to allow customers to do more self-shopping while marketing activities were concentrated on publicizing “big sales” everywhere.

Casi would not say whether the chain laid off workers or closed stores in Spain, which remains caught in its biggest recession in history. Not that Mango should be too worried about Spain. Currently, the company derives 84 percent of sales from foreign markets and that share will continue to rise as it expands its global footprint.

Mango doesn’t manufacture anything at home. According to Casi, the chain makes 40 percent of its clothing in China, 20 percent in Morocco, and the rest in Turkey, Eastern Europe and India.

While Mango’s traditional women’s line has in the past opened corners in department stores around the world, including J.C. Penney in the U.S., Casi said that strategy is over. “We don’t want any more corners. We have 900 and that’s enough,” he said. “Our new policy is to open stand-alones in key urban centers.”

Mango’s 2,600 shops are 60 percent franchised and 40 percent owned. Casi said that could change to 50/50 in five years, as the retailer wants to increase ownership of its retail space.

With an eye to 2019, Casi said future shops will be opened in markets where Mango is doing well. He highlighted Russia as one such market, adding that same-store sales have been climbing 20 to 30 percent a year there.

“A significant portion of the new stores could be opened in Russia,” Casi predicted. “We have been very well received there and have a very strong brand image.”

Casi said the rest of Europe, where Mango generates most of its sales, also will remain a key growth market. “We have room to open 100 to 150 stores in France, Germany, Italy and the U.K.,” Casi said.“But obviously, anywhere where like-for-like sales are rising strongly will be a priority.”

In Asia and the Middle East, Singapore and Saudi Arabia (where Mango has 21 and 55 stores, respectively) are two such markets, Casi noted.

Casi was coy on Mango’s expansion plans in China, where rivals such as Zara-chain owner Inditex are expanding aggressively.

He would only say Mango is “researching future growth strategies to more strongly establish our brand after opening a lot of stores.”

As part of that initiative, Mango is carrying out a study of Chinese women’s body shapes, he said.

China and Singapore remain Mango’s best markets in Asia, according to the spokeswoman, who added Saudi Arabia and the Emirates lead sales in the Middle East.

Mango operates 149 stores in China. With 31 stores, Philippines is the second-largest Asian market in terms of the number of stores, with Taiwan close behind.

While South America has become a key growth region for Inditex and other specialty chains like Cortefiel, Casi said the region is not a priority for Mango in the medium term. “South America is hard,” he said. “The countries there have difficult customs, high duties and a limited development of their retail markets where it’s hard to find good store locations.”

Barring a deeper global recession, Casi said Mango should report sales of around 4.5 billion euros in 2018. In 10 years, the specialty retailer could have sales of 10 billion euros, he noted.

Regarding new store formats, Casi said Mango hopes to open more megastores of 8,500 to 31,860 square feet around the world. Such stores, the largest of which is scheduled to open in Ankara, Turkey, in the next 12 months, house all of Mango’s lines including Mango, H.E., accessories franchise Mango Touch and newer lines, Mango Kids and Mango Sport & Intimates.

According to the spokeswoman, future megastores will swing open in Spain, Germany, Holland, Russia, Italy and Poland.

The latest H.E. shop opened in Heidelberg, Germany, in March and Mango plans to open more units in Munich and other German cities this year. Most H.E. stores will operate as stand-alones but the division will also be fleshed out through corners, depending on the market, Casi added. Mango plans to own half of H.E.’s retail space and franchise the rest, he said.

He said H.E. differentiates itself from large competitors such as Cortefiel’s Springfield by targeting an older 25- to 30-year-old market segment and Inditex’s Massimo Dutti by selling “edgier and more fashionable clothes that more closely follow global trends.”

Germany, Italy, France and the U.K. will be H.E.’s main expansion markets though Asia will also be a priority, according to Casi.

In the longer term, Mango will introduce a new label for plus-size women and another for those aged 14 to 20 years old, the spokeswoman said, adding that the plus-size division could launch in 2014. There is no timeline for the teenage label.

Mango Touch intends to open 35 stores a year, while Mango will begin introducing Mango Kids through corners (the label targets boys and girls three to 12 years old) in a selection of 100 Mango shops, mostly in Europe, the spokeswoman said. She added opening stand-alone stores for the Kids line is a near-term possibility.

Regarding its fast-growing online retail division, the spokeswoman said sales grew 93 percent last year to 70 million euros, or $92.8 million. In 2013, the division will make its debut in the Middle East and expand into undisclosed Asian markets.

Mango has online shops in 46 markets spread throughout Europe, Asia and North America.