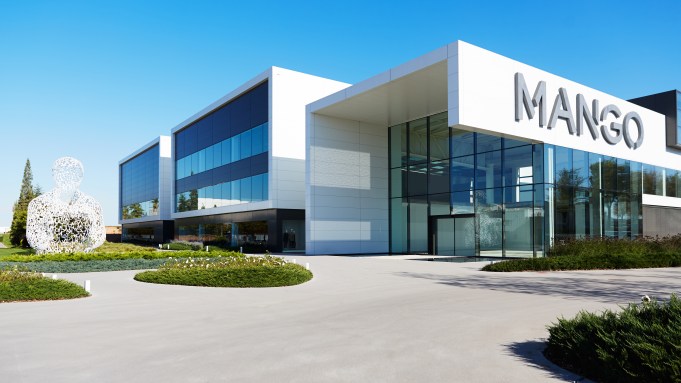 Mango has entered a “new stage of growth.”

That’s according to Toni Ruiz, chief executive officer of the Spanish fashion retailer, which on Thursday reported a 24.8 percent increase in volume for the first half of 2022.

“The progress of the first half of the year is another sign of the new stage of growth which Mango is in,” Ruiz said. “Our customers appreciate and value our product and we have accelerated our expansion and made our operations more efficient.”

“During the first half of the year, sales kept pace with the return of social normality and the international geopolitical situation,” Mango indicated in its statement. “The period began with a new wave of the COVID-19 pandemic in Europe and was then affected by the outbreak of war in Ukraine, and then by the lifting of the last restrictions in Europe and the arrival of good weather. Mango, a brand valued by customers for special occasion wear, has capitalized on the return to stores from April and the return of social events.”

While overall volume surged in the first half, largely due to the return to shopping in stores, Mango online declined 3.9 percent in the period.

The first six months were paced by strong performances in Spain, France, the U.S., the United Kingdom, Italy and India, which are all considered key markets, the company said.

Pending macro developments in the second half of the year, the company forecasts it will end 2022 with sales surpassing pre-pandemic levels.

Mango also disclosed that it’s accelerating investments, spending more than 124 million euros in 2022 overall. That’s three times more than that spent in 2021. Technology, logistics, facilities and stores will account for the bulk of the investments.

Mango operates in more than 110 markets around the world, through owned and partner-operated stores, though in the first half the company ceased its direct operations in Russia, for which it made a provision of 20 million euros.

In a statement on expansion, the company indicated that in France, where the flagship in Paris was recently renovated, there are plans to open 300 points of sale by 2025.

In the U.K. the company plans to open in the Battersea Power Station shopping center in London, among other locations. In Italy, Mango’s expansion is focusing on the southern part of the country.

In the U.S., a flagship on Manhattan’s Fifth Avenue debuted in May and the plan is to have 40 stores, primarily in Southern states, operating by 2024.

In India, meanwhile, the company has advanced its development with its partner Myntra to 50 points of sale, with an estimated 15 to 20 more openings in the second half of the year.

At the end of the first half, the company had 2,508 points of sale worldwide, after a total of 61 net openings since last December.

During the first half, Mango made progress on the 88 million euro expansion of its logistics center in Lliçà d’Amunt (Barcelona) and began installing the intra-logistics systems. The expansion will be operational in 2023 and help Mango centralize online operations and better serve international markets.

In addition, the company is renovating and expanding its corporate headquarters.

Mango also advanced its sustainable road map. The Science Based Targets initiative, or SBTi, an entity driven by the United Nations Global Compact, validated last June that the group’s greenhouse gas emission reduction targets are aligned with the Paris Agreement.

In April the company also managed for the first time to link its debt to environmental, social and corporate governance criteria. The group’s cost of debt will be reduced if 100 percent use of sustainable cotton, recycled polyester and cellulosic fibers of controlled origin is achieved by 2025, as well as a 10 percent reduction in Scope 1 and 2 CO2 emissions.

In other sustainability goals, Mango expects 100 percent of the polyester used to be recycled by 2025, doubling the initial target set for the same year. Similarly, the company envisions that by 2025, 100 percent of the cellulosic fibers used will be of controlled and traceable origins, which means reaching the commitment five years ahead of schedule. The company also maintains its goal to use 100 percent sustainably sourced cotton by 2025.

In 2021, Mango reached 91 percent use of more sustainable cotton and 59 percent use of cellulosic fibers of controlled origin. In addition, 54 percent of the polyester used was recycled, reaching the initial target four years ahead of schedule.

Mango makes its commitment to sustainable fashion visible through the “Committed” label, which includes all Mango articles with a lower environmental impact. In 2021, garments with Committed features accounted for 80 percent of total production, up from 45 percent in 2020. Mango aims for 100 percent of its garments to be part of the Committed program by 2022.

The privately held Mango in March reported a net profit of 67 million euros for 2021, after losing money in pandemic-riddled 2020.