Have rents peaked? Is the worst over or will there be more pain? 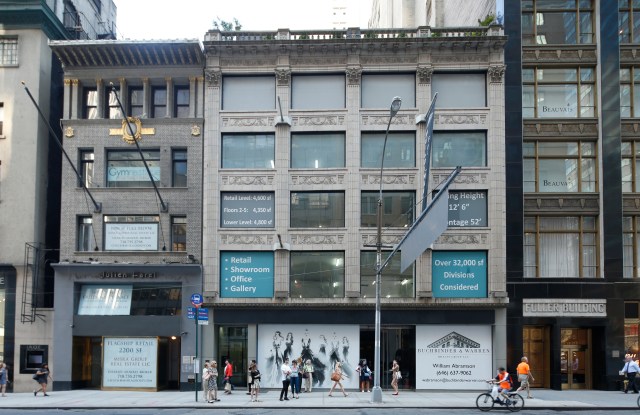 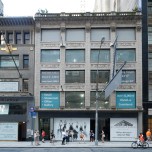 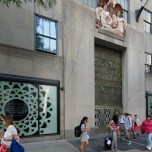 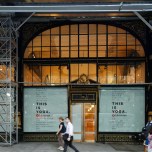 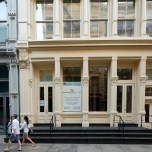 Three years ago, there was scant availability in Manhattan’s prime retail corridors, tourism was healthy and the economy was strong. Rents seemed to have nowhere to go but up.

But that was then, this is now.

It was before the dollar achieved near-parity with the euro, President Trump’s immigration policies had an additional chilling effect on tourism — NYC & Co., which promotes tourism in the city, expects 300,000 fewer international visitors this year — and before department and specialty stores started their downward spiral.

Now, with about 8,000 stores expected to close nationwide by the end of the year, e-commerce continuing to chip away at brick-and-mortar sales and few new retail concepts on the horizon, Manhattan’s real estate picture has darkened.

Vacancies in the first quarter rose 25 percent over last year’s same period, according to CBRE, and Fifth Avenue, Madison Avenue and SoHo are pockmarked with vacant stores.

Investors that bought retail co-ops at the height of the overheated market justified their heady rents on their heavy debt loads. But profitability became elusive and retailers closed locations. Rents are declining and some experts are calling it a correction. Everyone is wondering whether the industry has hit bottom.

“New York finally red lined,” said Jeffrey Paisner, partner at Ripco. “Rents went up too consistently and too much.”

A heat map of retail vacancies in Manhattan courtesy of 6sqft.  Justin Levinson

Few retail districts rose so high and fell so fast as Bleecker Street. “It was hot and there was little vacancy,” said Robin Abrams, vice chairman and principal of Eastern Consolidated. “Rents were overly aggressive at $600 to $800 a square foot and tenants couldn’t sustain the rents. We’ll see how Bleecker Street reinvents itself.”

Landlords aren’t budging on pricing and instead are “hedging their bets for getting bigger bucks and longer leases with high rents,” Holyman said. “The market has no morals. If we leave it up to the market, we will see the trend continuing.”

Holyman plans to introduce legislation on Formula Zoning Restrictions that limit the number of national chain stores in an area. He also supports phasing out tax deductions for landlords with retail space that’s been vacant for over a year. “Bleecker Street serves as a cautionary tale of how high rents in the Village and Chelsea are pushing out longtime independent business,” Holyman said.

It’s not only independents that are finding the economics of Manhattan retail real estate to be a drag on profitability. Ralph Lauren Corp. in April said it will close its Polo flagship on Fifth Avenue, shocking the fashion and real estate industries.

“Very few retailers can profit at rents of $3,000-plus per square foot,” said Jared Epstein, vice president and principal of Aurora Capital, citing the 50s block of Fifth Avenue as an example. “Flagship stores are a powerful asset for retailers. They create incredible brand awareness and drive online sales, but when the occupancy and labor costs create a multimillion dollar annual burden that threatens the stability of the company, it’s a problem that has to be addressed. Ralph Lauren closing the Fifth Avenue flagship is a perfect example. Retailers open stores to make money and flagships aren’t an exception.”

Lauren signed the Polo flagship’s lease in mid-2014 for a 15-year term that set the annual rent at $25 million.

According to data from CBRE and CoStar, there have been 689 leases signed to date in 2017, representing 1.8 million square feet. This compares to 1,797 leases and 5.1 million square feet in 2016 and 1,587 leases and 4.5 million square feet in 2015. “Based on the leasing velocity we’re seeing I’d say that 2017 won’t be as strong as 2016,” said David LaPierre, vice chairman of CBRE’s global services team. “Demand is significantly down. The deals we’re seeing most of are repositionings and lease renewals. Something’s got to spur demand. The appetite for retail has softened, but the market is going to find its equilibrium.”

There’s no shortage of parties to blame for the situation. Gene Spiegelman, vice president of Cushman & Wakefield, cited Wall Street’s voracious appetite for growth, which led retailers such as Gap and Victoria’s Secret to overexpand. “Private equity is also becoming a drag on the whole industry,” Spiegelman said. “How many businesses have negatively been impacted by private equity, where it accelerated their demise. They have a lot of debt and have to respond to the marketplace and there’s now a different metric.”

GGP‘s 2015 acquisition of the Crown Building on Fifth Avenue and 57th Street with partner Jeff Sutton for $1.75 billion — the highest price paid for an office building at the time is an example. Given the debt on their books, GGP and Sutton charged Bulgari $5,500 per square foot for its 3,000-square-foot flagship, the highest rent on Fifth Avenue by far. Sutton last year leased a 9,000-square-foot space in the building to Ermenegildo Zegna with a reported asking rent of $4,000 a square foot, a premium over the $3,324 a square foot average, according to REBNY.

A parade of retailers have closed stores on Madison Avenue, including BCBG Max Azria, Kara Ross and Zegna. Matthew Bauer, president of the Madison Avenue Business Improvement District, acknowledged the departures and the street’s 9 percent vacancy rate, but touted new additions to the thoroughfare, such as Balenciaga, Golden Goose, Ever After Shop, Stella McCartney and Ceysson & Bénétière.

Potential tenants are still spooked. Julie Wainwright, founder and ceo of The Real Real, recently signed an 8,000-square-foot lease in SoHo for the company’s first store, part of a rollout that will see more units in Manhattan. “We’re a little leery of going uptown right now, especially to Madison Avenue,” she said. “There are too many vacancies. It’s a little scary.”

Since rents have dropped, Podell said, brands such as Bonobos, Trunk Club and Warby Parker “have been coming to us and saying, ‘Let’s just talk.’ It’s a new paradigm. Urban flagships create not only energy, but retailers can preview new product launches.”

“Retail is going to continue to fill high streets in the U.S. with flagship locations,” said Chris Conlon, executive vice president and chief operating officer of Acadia Realty Trust, adding, “Rents are off by about 10 percent to 30 percent in critical New York submarkets, and if anyone thinks that’s not a reality, they’re in denial.

“Rents grew by between 5 percent and 20 percent per year for a number of years until 2015,” Conlon said. “It’s not a sustainable growth pattern. Paying $1,200 per square foot on Prince Street in SoHo was never happening. I’m happy we didn’t buy into that market too much. We expect to be investors and take advantage of the distress.”

Thor Equities founder and ceo Joseph Sitt, a scrappy Brooklyn native who founded the Ashley Stewart chain, is one of the city’s biggest retail investors. Sitt paid top dollar for trophy addresses such as 693 Fifth Avenue, where Valentino reportedly pays rent of $3,000 a square foot. Despite the fact that tenants have reportedly balked at Thor’s asking rents, Sitt said, “We’ve been aggressively looking for opportunities to buy, but everyone wants to own New York real estate, so prices haven’t come down much.

“There has been some reduction in rent in certain areas, but overall rents on every block are still a lot higher than they were in 2008,” Sitt claimed. “Other than department stores, [retail] sales in Manhattan are stronger than ever, which is why European luxury fashion companies have been reporting strong sales. It’s also why every Internet consumer company is considering opening a brick-and-mortar store in New York.”

Many retailers are either unable or unwilling to absorb high rents as they’d done in the past, when flagship costs were written off as advertising and marketing expenses, so Sitt, like other owners with vacant space, is faced with a dilemma: Lower the asking rent or wait for a deep-pocketed tenant come along or an upturn in the market.

Many believe the market will never be the same. “The market’s peaked and it’s changing,”  Spiegelman said. “It will stabilize when retailers regain their footing and figure out what physical real estate means to their omnichannel business models.”

In the meantime, landlords are using incentives to convince tenants to agree to their terms. The offers include up to several million dollars in tenant installation money, which can be used toward store build-outs, and three to six months of free rent, six to 12 for large flagships. “Any savvy landlord now understands, the need to be flexible,” said Lisa Rosenthal, broker at Eastern Consolidated. “That doesn’t mean they’re giving away spaces. I’m sure plenty of people are also trying to re-trade [renegotiate] leases.”

“Temporary space has turned the city into a big pop-up market because stores are staying vacant,” Ripco’s Paisner said. “When you see a pop-up shop, you hope the tenant will do well so that it can do a deal with you.”

But even as the Manhattan retail market resets rents to the new reality, more space is due to become available that will only add to the existing glut. In the next two years, Hudson Yards will bring 750,000 square feet; the Seaport District, 400,000; Nordstrom, 363,000; Manhattan West, 240,000, and 1 Vanderbilt, which connects to Grand Central Terminal.

There have been concerns about the financial health of Neiman Marcus, which is the anchor of The Shops and Restaurants at Hudson Yards. Neiman’s in 2014 signed a 250,000-square-foot lease at the Shops, and other leases are contingent on Neiman’s opening and operating. The Dallas-based retailer has reported six consecutive quarters of sales declines and has $5 billion in debt. Executives of Related Cos., which is developing the project with Oxford Properties Group, met in May with Neiman’s executives and investment bank Lazard to discuss making Related part of the ownership group.

Related chairman Stephen M. Ross concluded, “Neiman Marcus is a great company, and we are a developer, and I don’t think those two areas come together.”

Richard Cohan, retail consultant for the 34rd Street Business Improvement District, cited positive developments such as an Amazon store opening next month on West 34th Street across from the Empire State Building. “Amazon is a tremendous traffic generator,” Cohan said. “It’s going to be a book store similar to one that opened at Time Warner Center. It definitely has a buzz.”

Cohan said the neighborhood is also anticipating the arrival of a flexible-format Target unit and Sephora’s one-level retail prototype.

But for every arrival, it seems there are several departures. For instance, J.C. Penney’s 150,000-square-foot flagship on West 34th Street is on the block. The retailer is said to have a $16 million annual lease obligation. “Penney’s said it’s exploring a potential sublease agreement for its space located within Manhattan Mall,” Cohan said. “There aren’t that many retailers of that size that are expanding. I’m pretty sure the Penney’s space will be broken up into a couple of users. In today’s environment, Penney’s, like any company, is considering every option.”

“It’s a new environment with the Internet and people shopping less,” Dicus said. “We’re in a period of transition. Things are always changing.”