Over the years, Pucci has commissioned artists and fellow designers to create mannequins, including some now on display at the retailer's New York flagship. 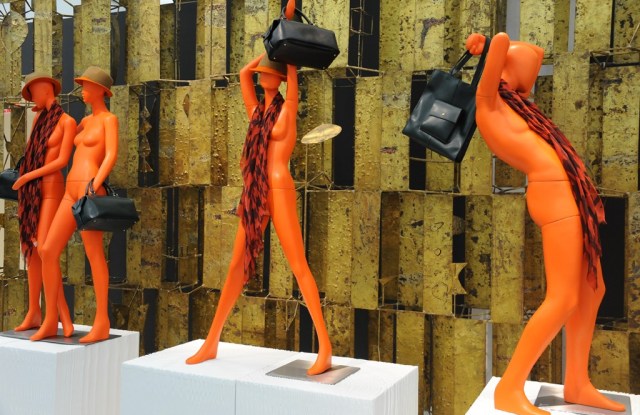 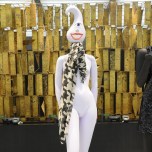 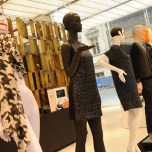 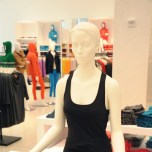 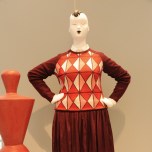 NEW YORK — At Joe Fresh stores, mannequins make dramatic statements. But at the Joe Fresh flagship at 510 Fifth Avenue, at least for the next six weeks, “It’s like an art installation, and it’s anything but typical,” said Joseph Mimran, founder of the Canadian-based Joe Fresh.

Mimran is describing the 25-year retrospective of Ralph Pucci mannequins installed last week at the store. There are 19 displayed, and it’s quite a range, from a serious likeness of Sixties model Veruschka striking an Egyptian pose to Christy Turlington in a yoga position to the plumpish “Birdie” by Ruben Toledo. Pucci commissioned several artists and designers over the years to create mannequins, notably Anna Sui, Maira Kalman, Andree Putnam, Jeffrey Fulvimari, Stephen Campbell, Patrick Nagar and Robert Clyde Anderson, whose works are represented. The exhibit runs through the end of October.

For over 20 years, Mimran has been working with Ralph Pucci, whose company was started by his parents in the Fifties as a mannequin repair shop that evolved into manufacturing and designing mannequins and ultimately became a showroom for furniture, carpets, art, photography, sculpture and lighting, as well as mannequins. “Visual presentation and the whole notion of merchandising are very much part of the DNA of the brand,” Mimran told WWD. “Ralph Pucci is a great innovator from a visual perspective. What he does is very much an art form. It’s not just a commercial enterprise. That appeals to us. When people come into the store, they always comment on how clean it is, that there is a certain look. It’s certainly much more minimal than our competition. There is a discipline to it. We don’t put a million racks in front of the customer.”

“Joseph really puts thought into the mannequins and how they are placed,” Pucci said. “He treats them very graphically. He may have 15 in a row, or four groups of four, like a big gigantic square. He treats them almost as sculpture. He believes in creativity. I hate to say it, but retail has moved away from that.”