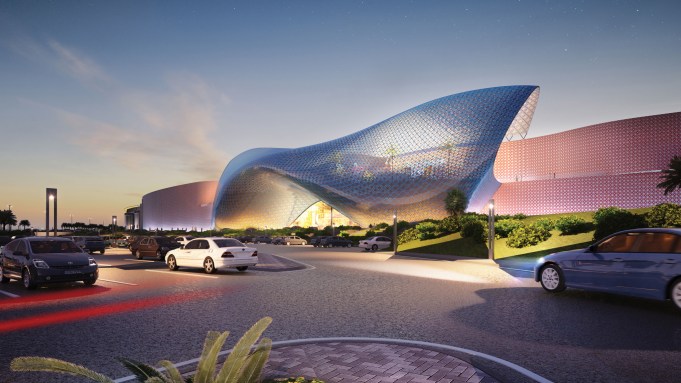 Retailers without borders: That could be the unofficial theme of the Mapic retail real estate fair, which will host a record number of countries this year as brands scour the planet in search of new markets.

Organizers of the event, scheduled to take place Nov. 18 to 20 in Cannes, France, expect visitors from 75 countries, with attendees from the U.S. set to jump 30 percent, Turkey up 15 percent and Spain increasing 10 percent, among others.

“The mood is very positive. We have rarely seen such a strong international dynamic at Mapic,” said Nathalie Depetro, director of the fair. “Brands want to go ever further in terms of expansion. It’s really a marketplace of entrepreneurs, so they are always finding new markets.”

Commercial real estate services firm CBRE found that American retailers were the most active internationally in 2014 as they focused on expansion in Asia and Europe, while retailers from Europe, Middle East and Africa and Asia-Pacific still saw significant opportunity within their own regions.

The top 10 target markets by new entrants in order of importance were Tokyo, Singapore, Abu Dhabi, Taipei, Dubai, Hong Kong, Moscow, Paris, Beijing and Doha, according to CBRE’s annual “How Global Is the Business of Retail?” report, published in May.

“The three megatrends of globalization, technology and demographic change create an encouraging climate for retail expansion. The demographic shifts in many countries see spending power and propensity changing. Technology enables entry to market and evaluation of performance to be addressed more swiftly and the overarching element of globalization fits perfectly with the desires of retailers to expand into new locations,” it said.

“The traditional retail triumvirate of London, Paris and New York continue to be challenged and, in some cases, overtaken by cities from Asia-Pacific and the Middle East. This trend is likely to continue and there will be a day when we see a new number-one atop the overall retail penetration rankings,” it added.

The U.S. is the country of honor of this year’s edition, reflecting the dynamic mood in U.S. retailing, with major projects in the pipeline including two developments in Manhattan: Hudson Yards and Westfield World Trade Center.

Trever Gallina, a director at brokerage Newmark Grubb Knight Frank Retail in New York, said the market there continued to thrive, despite a drop in tourism linked to the strength of the U.S. dollar.

“As a whole, the demand for luxury retail space is still strong, but retail rents are higher than ever. So markets in New York that really cater to the New York City-based customer are much more reliable and consistent than the markets that rely on tourism,” he noted.

For the first time, U.S. attendees will have their own pavilion at Mapic, and related events include a conference on the U.S. market co-organized by Time Retail Partners and sponsored by Chico’s. As official sponsor, Thor Equities will underwrite a series of events, including the opening night cocktail party and the Mapic awards.

Turkey is also vying to increase its visibility, with a pavilion that will host 15 brands, while new exhibitors include a host of companies from the Middle East.

Majid Al Futtaim from the United Arab Emirates is presenting projects including its redevelopment of the Mall of the Emirates in Dubai; Mall of Egypt and City Center Almaza in Cairo, and Mall of Oman in Muscat, Oman.

Arabian Centers will come with two projects in Saudi Arabia: Mall of Arabia in Riyadh, and Dhahran Boulevard in Dhahran, which it is billing as the Rodeo Drive of the Kingdom.

Meanwhile, Iran is making its entry with Tat Group’s Iran Mall near Tehran, the first project of its kind as the country prepares to import previously restricted goods and receive greater foreign direct investment following the impending relief of nuclear-related sanctions on Iran.

One country that is scaling down its presence is Russia, which is reeling from the impact of the devaluation of the ruble and Western sanctions over its annexation of the Ukrainian region of Crimea and support for separatists in eastern Ukraine.

Depetro said this year’s edition of Mapic would feature around 20 Russian stands, down from 50 last year.

“There is still a market in Russia, but they don’t want to come and bid for business. The political context today does not permit it,” she said.

“When I look at the pipeline for Russian shop- ping centers, for the time being, it has not taken a big hit. But it’s obvious that if fewer foreign brands are going there, some centers are going to suffer, because you can’t only put Russian brands in Russian shopping centers,” she added.

Among those maintaining their presence are Fashion House Group, which operates outlet centers in Moscow and Saint Petersburg, and Ikea Centers Russia, part of the Ikea Group, which owns, develops and manages the chain of Mega shopping centers in Russia.

It is presenting Mega Mytischi near Moscow, set to open in 2018 and billed as one of Europe’s larg- est shopping centers, with a gross leasable area of 2.5 million square feet. Armin Michaely, managing director of Ikea Centres Russia, said the group is set to invest 1.9 billion euros, or $2 billion at current exchange, in Russia between now and 2020.

“Geopolitical events and fluctuating economies affect many businesses in different countries throughout the world. Clearly we pay attention to these issues, but our long-term view on Russia being a highly positive market remains unchanged,” he said, noting that the group enlarged its tenant mix in the 2015 financial year with 90 new brands, including Wrangler, Pimkie and DeFacto.

Nonetheless, Ikea plans to reduce its reliance on retail by upgrading existing malls with a new food and beverage concept. “Food and beverage space will almost double to become an anchor in its own right,” noted Michaely.

Despite continued weak growth in the euro zone, the region remains an attractive destination, with even beleaguered southern Europe seeing a flurry of activity.

Italy is gearing up for the opening of Westfield Milan, which will include a Galeries Lafayette department store, one of several projects in and around the city, alongside Design International’s Arese Shopping City, Promos Group’s Scalo Milano, and the revamping of Milano Centrale railway station.

A conference will focus on new real estate projects in Italy that have obtained a building permit. Depetro said the country was playing catch-up, having been late in developing shopping centers.

“They started off slowly and today, they are realizing there is consumer demand for shopping centers with a leisure component where you spend a full day. They are therefore rethinking their commercial town planning, as well as refurbishing existing centers with a new approach to the city center,” she said.

The entertainment component of malls will be a major focus at Mapic this year. The fair’s so-called “retailtainment” pavilion is doubling its exhibition space and will feature international exhibitors, along with a pitching area where they can present their concepts in 30-minute sessions.

“Before, we used to talk about campaigns on social media to drive traffic to stores. Today, it no longer works like that. It’s really a virtuous circle, and you have online-to-store and store-to-online,” Depetro said.