While fellow democratic presidential candidates take their stump speeches to the campaign trail, Marianne Williamson had a homecoming of sorts, stopping in for Goop’s latest health summit in Richmond, Calif., on Saturday.

Arriving for her fireside chat with Goop founder Gwyneth Paltrow, she spent a few minutes talking to WWD about her vision, her candidacy and why she made the In Goop Summit a stop in her busy agenda.

“This is the world I come out of. The health and wellness space is where I’ve been for 35 years,” Williamson said. “For 35 years, I’ve been up close and personal with people, moving through what is often a crisis in life and moving into transformation.”

Known for her relationship with Oprah Winfrey, the author, activist, motivational speaker and spiritual adviser looked like she was in the right place. The massive Craneway Pavilion buzzed with products for the inside as well as outside — including cosmetics, skin-care salves, beauty and health tonics, sex implements, clothes, books and other products, as well as stations for everything from B-12 shots and guided stretching to bone broth and kombucha drinks. 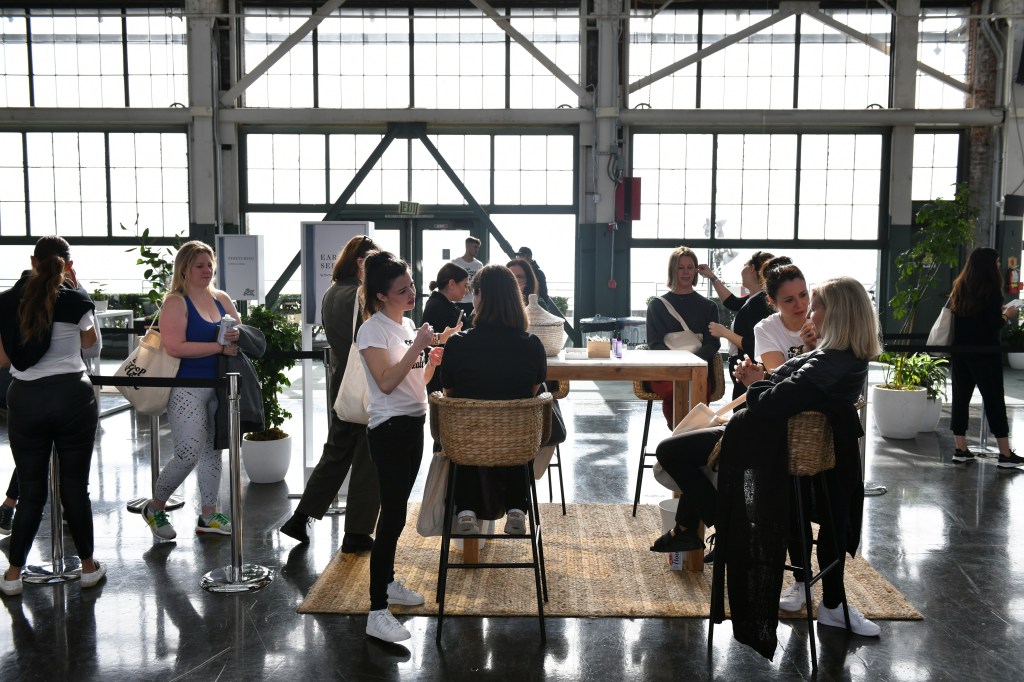 The company’s wellness mission and Williamson’s message have something in common, according to the candidate.

“In my campaign, [when I] talk about how we need a department of peace, it’s basically the equivalent of the health and wellness space as applied to global politics,” she explained. “You don’t just take medicine, you have to cultivate health. And you can’t just endlessly prepare for war. You have to cultivate peace.”

Williamson hasn’t hit a presidential debate stage in recent months, but her two initial appearances have left an impression — particularly with pundits who aren’t used to her style or political talking points that use words like “love.”

It’s easy for critics to write her off as a crystal-toting wingnut. But she bristles at being called a “new age whack job,” telling WWD, “I never was. And anybody who hears what I really have to say can see for themselves why that mischaracterization was developed and why that smear occurred.”

To hear her tell it, just as toxicity negatively affects individuals, so does it infirm the body politic today. The latter needs remedial care — not crystals — thanks to a vicious cycle of myopia that turns off progressives and enlightened thinkers.

Her message clearly resonates with at least some voters, who have kept her campaign going.

Some of that buoyancy might come down to Williamson’s appeal with a highly valued voter base: suburban, i.e. middle- to upper-class, women. Some experts believe they will be a key driver in the next presidential election. 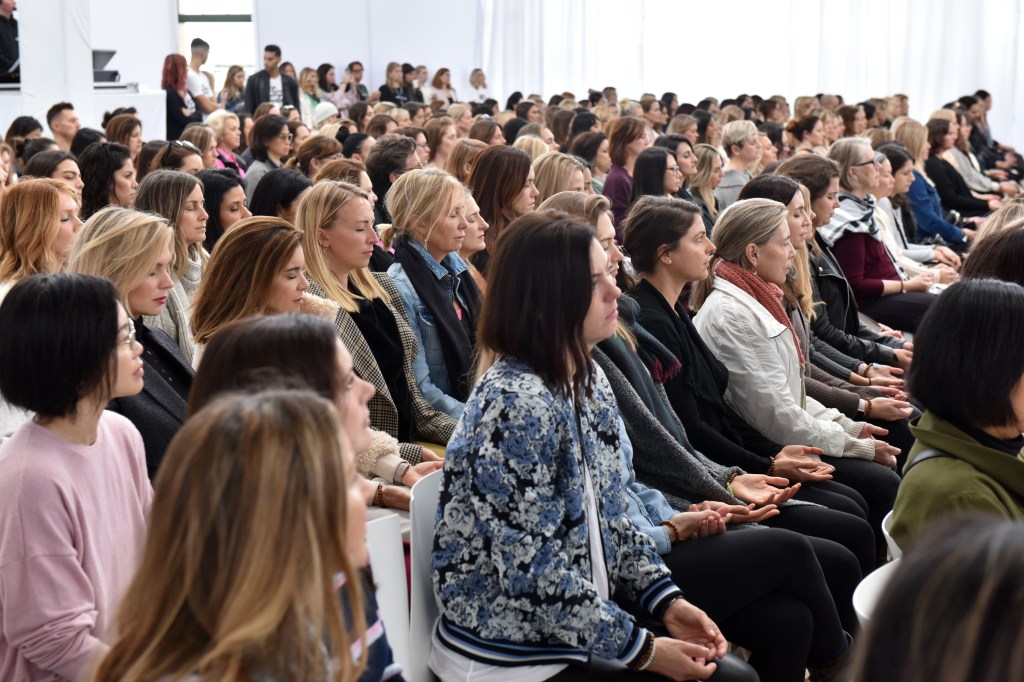 They also happen to make up a key part of Goop’s fanbase, a group that seems open to new ideas and even experimental approaches.

That sentiment appears to come from the business itself. When asked if there are any ideas or products “too out there” for the brand, Goop’s Elise Loehnen said, “Not really.…What often happens is that we’ll have these doctors in our network who are doing really interesting work, and their information or their experience will only be anecdotal. And so, there’s no scientific research to support it at this point. But we’re still curious, and we’d be clearly sort of marked, ‘This is totally experimental and not supported by science.’” In other words, the company would add a disclaimer.

The disclaimers matter. Goop paid out a $145,000 settlement last year in California over a false advertising claim regarding health benefits.

Such issues didn’t appear to dim the enthusiasm at Craneway Pavilion, however, or the opening of the brand’s first permanent 1,000-square-foot San Francisco store last week. 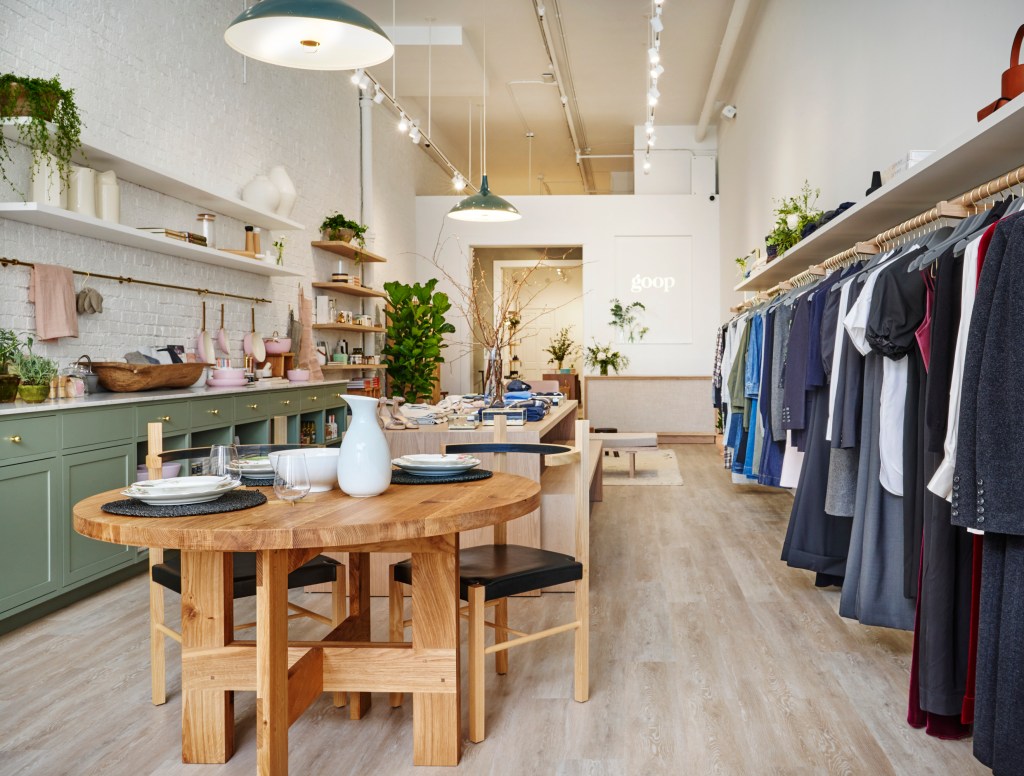 The health summit took place on the heels of the store opening and featured speakers, such as palliative care specialist BJ Miller on life, death and what it means to live well; actress Sophia Bush about the power of storytelling; journalist Tatiana Schlossberg on making conscious, lower-impact lifestyle changes; and, of course, Williamson — who, when it comes to the events rocking Washington, D.C., this week, wound up having a tonic for that too.

“The impeachment inquiry is important. But we’re all going to have to walk and chew gum at the same time right now,” she said, of the Democratic Party. “In terms of the democrat winning this year, I feel strongly that the way to do that is not by talking about Donald Trump all the time.”