In partnership with the Mitchell family, the store has added 5,000 square feet and doubled the space for women's. 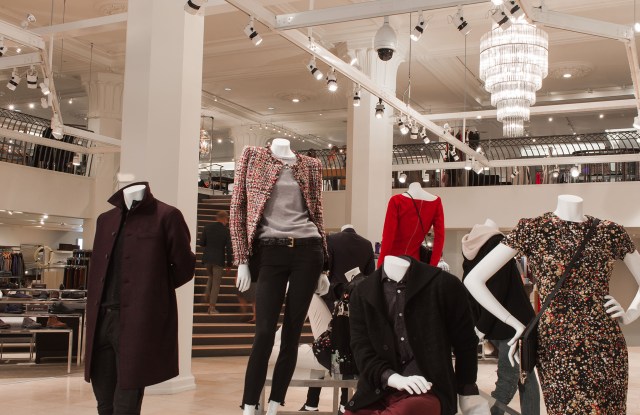 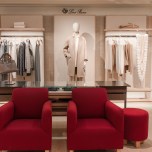 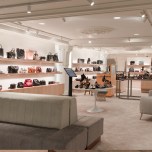 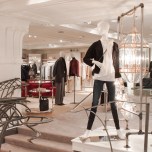 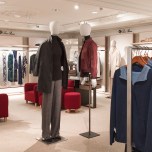 It’s been two years since Mitchell Stores brought Marios into its fold of upscale independent specialty stores. Now the most public display of their partnership is about to be revealed when the Marios store in downtown Seattle celebrates its grand reopening. The yearlong renovation has added 5,000 square feet to the store’s total square footage and doubled the space devoted to women’s wear.

“I’ve been accused of needing a 12-step program for chronic remodelers,” joked Mario Bisio, founder of the company, which also operates two stores in Portland, Ore., and has estimated annual sales of around $30 million. But this project was a “major transformation.”

The store, which now spans 25,000 square feet, is located at 1513 6th Avenue between Pike and Pine Streets, and is next to Nordstrom and Barneys New York, in what Bisio calls the “50-yard line” in terms of shopping in the city. The store opened in 1982 and over the years has added two additional storefronts to reach its current size. This most recent expansion included the addition of a former women’s hair salon.

Although the store has carried women’s wear since 1980, it was underdeveloped.

“That was one of the original impetuses to this renovation,” said Bob Mitchell, co-chief executive officer of Mitchells Stores. “Women’s was generating close to two-thirds of the volume in one-third of the space. There were a lot of underpenetrated businesses including jewelry, shoes and handbags, so we think the growth will be tremendous.” In fact, the selection within the shoe and handbag department has been quadrupled, the company said.

Jewelry is now located on the main floor and the number of cases has been tripled to 15, Bisio said. New brands here include Kwiat, Foundrae, Messika, Stephen Webster, Irene Neuwirth and more.

The Brunello Cucinelli shop has doubled in size and a new boutique for Loro Piana was added.

In terms of designers, additions include Valentino, Chloé, Altuzarra, Rosetta Getty, Akris, Akris Punto, Woolrich John Rich and Bros., and Adam Lippes in apparel, and Saint Laurent and Aquazzura footwear and handbags. The areas for The Row, Manolo Blahnik and Golden Goose sneakers have all been expanded.

Although men’s didn’t pick up any square footage, several walls were removed during the renovation and the store’s columns have been exposed, so “it feels like we added 30 percent to men’s,” Bisio said.

Here, a shoe department has been added, the Cucinelli shop has doubled in size and the latest iteration of an Ermenegildo Zegna boutique — only the third in the world — has been installed. There are also new shops for Loro Piana, Isaia and Eton.

“Footwear has really been an underdeveloped business,” Mitchell said. “We had experienced growth already, but now there will be a lot more space and variety.”

In terms of brand additions, the two most significant are Brioni and Berluti, the latter of which will be coming in November. Other new labels targeted to attract a younger customer are Michael Bastian Gray Label, Officine Générale, Woolrich John Rich and Bros. and Common Projects in sneakers.

Gildo Zegna, ceo of Ermenegildo Zegna, said the addition of the shop is an indication of “our longstanding partnership with Mario and the Mitchell family. The modernized shop in the restyled store brings a fresh approach timed perfectly for our debut season with new artistic director Alessandro Sartori.”

Brunello Cucinelli said over the years, Marios “has pioneered their vision in specialty retail through their ability to build relationships on trust, dignity and respect. I couldn’t be more honored to be a part of the expansion into Seattle and a part of a family whose soulful foundation and deep connection have given me both inspiration and gratitude.”

Manolo Blahnik said doubling the size of the shoe department for Seattle women “is a reason for all to celebrate.”

Marios has been open during the entire renovation project and business has actually been growing despite the disruption, Bisio said.

Mitchell added: “When we completed our partnership two years ago, we knew that together we could realize the potential for Marios faster.”

Despite the challenging retail environment, Mitchell remains upbeat. “We want to double down on having the best stores in the country with the best people. When so many people are so negative about our business, we’re still positive and in a position to invest. We think Seattle is still an opportunity and we’re continuing to look to reinvest or for new opportunities. We have to do things to create business.”

An official reopening cocktail party was due to be held Wednesday night.

Mitchells Stores now has eight units on the East and West Coasts under the Mitchells, Richards, Wilkes Bashford and Marios names. The company has estimated sales of around $140 million.