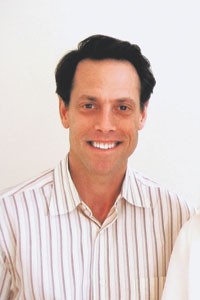 The units, each 6,500 square feet to 7,500 square feet, will be in Tysons Corner Center, McLean, Va.; Fashion Island in Newport Beach, Calif.; NorthPark Center in Dallas, and San Francisco Center. The openings are set to begin in August.

“We are committed to up to five stores this year and between 10 and 15 in ’07,” Ken Pilot, president of Martin + Osa, said in an interview Tuesday. “We aren’t testing the concept. We are rolling out the concept.”

The chain is “mall-focused right now,” though lifestyle centers and retail venues in major cities will be considered, Pilot said. “Cities tend to be a little trickier” than malls, considering the real estate is generally more expensive and the layouts more challenging.

Pilot said he wants Martin + Osa to be in better malls, next to lifestyle tenants such as Williams-Sonoma or Pottery Barn. With its active and casual assortment of apparel, accessories, footwear, denim and active sportswear, Martin + Osa will target men and women who have grown up from shopping American Eagle, are generally 25 to 40 years old, and have money and an active lifestyle.

The executives declined to project sales volumes on the stores or disclose construction costs. However, based on descriptions of the stores and the few details that the executives provided about the merchandise, Martin + Osa could be expected to generate more than American Eagle stores, which posted $472 in sales per square foot last year.

About 65 percent of the merchandise will be in women’s and 35 percent in men’s, which is similar to the breakdown at American Eagle stores.

Pilot characterized the storefront as “unique and inviting,” since there won’t be any displays in the windows, but there will be forms with the Martin + Osa look right at the entrance before entering. The windows will be covered with wood and a strip of opaque blue glass, but there will still be a feeling of openness, considering the entrance will be 17 feet to 18 feet wide, with no doors.

Inside, “the concept is to bring the outdoors indoors,” Pilot said, through extensive use of natural materials, including stone and wood. There will also be wood rafters, two 200-square-foot merchandising “cabins” in the center with deck-like floors to highlight key items or categories, a water bar and a lighting system with varying intensities in different sections to create the impression of sunlight at different times of day. The store will have several large tables for merchandise, and lots of nooks and crannies.

“It’s more expensive than an American Eagle build-out, but we are on target to meet our building costs,” Pilot said.

The store design was created by Michael Neumann Archi­tecture in collaboration with Richard Altuna. American Eagle Outfitters this fall is also rolling out a new intimate apparel concept called aerie by American Eagle.