By Molly Prior and Faye Brookman on January 8, 2010
View Slideshow 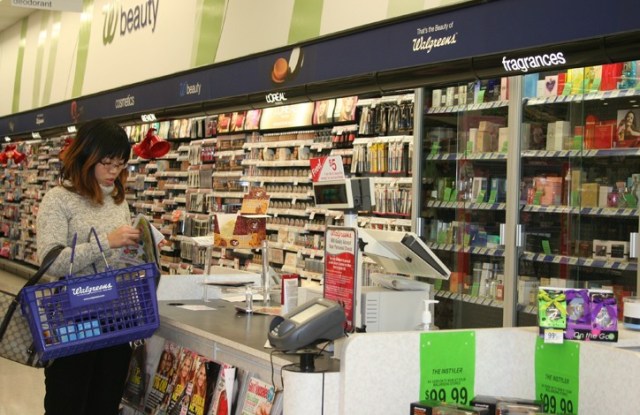 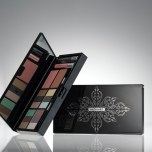 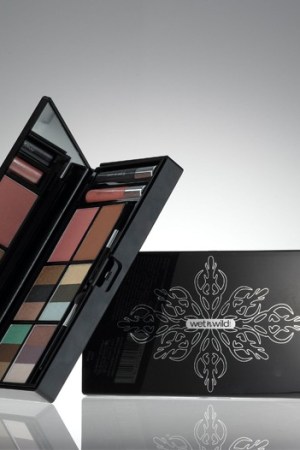 NEW YORK — Santa visited the nation’s mass retailers over the holiday season, but along with delivering sales gains to many, he loaded some of their profits into his bag.

Rampant price promotions, buy-one, get-one-free deals and deep discounts after Christmas threaten to cut into some retailers’ bottom lines. For instance, during visits to stores in New Jersey, shoppers spotted coupons for $5 off fragrance gifts sets priced $24.99 and up, and spend-$50-and-get-$20-off deals.

But, learning from last year’s ho-hum holiday, most retailers entered the season with leaner inventory levels to ward off serious damage.

Several retailers, including Target and Ulta, emerged from the season feeling positively jolly.

“December comparable-store sales were much better than expected, as stronger-than-anticipated guest traffic throughout the month drove sales growth in a broad array of merchandise categories, including apparel, electronics, toys, food and health and beauty,” stated Gregg Steinhafel, chairman, president and chief executive officer of Target Corp.

Ulta also enjoyed the spoils of the holiday season. The beauty merchant’s net sales for the seven-week holiday period surged 18.2 percent to $262.2 million, from $221.9 million in the prior-year period. Comparable-store sales for the holiday gained 7.9 percent, compared with a decrease of 5.8 percent last year. As a result, Ulta has raised its fourth-quarter fiscal 2009 expectations, and now forecasts quarterly sales in the range of $388 million to $392 million, up from its previous guidance of $362 million to $376 million.

Lyn Kirby, Ulta’s president and ceo, stated, “The combination of dynamic marketing, compelling offerings and enticing value drove an 8.8 percent increase in customer traffic, which led to a better-than-expected performance for the holiday season. The period also benefited from a less promotional gift-giving environment across retail versus last year, especially in apparel.”

Drugstore chains had a tougher go of it, with both Walgreens and Rite Aid reporting declines in comparable-store sales.

In aggregate, retailers across all channels successfully weathered the season. Retail Metrics Inc., a research firm, predicts retailers will yield a 1.8 percent increase in December comparable-store sales. The gain would represent a solid rebound from 2008, which marked the worst decline in more than 40 years. December also benefited from an extra selling day before Christmas.

“The holiday was slightly better than the initial estimates, but better with a grain of salt,” said Neil Stern, a senior partner at the retail-consulting firm McMillian Doolittle. “Last year was abysmal.”

Despite glimmers of recovery, “Everybody will remain very cautious,” Stern said, citing high unemployment and uncertainty in the housing market and finance industry. “Beauty is one category that withstood all the prior recessions, but that doesn’t seem to be the case this time,” he said.

In the mass market, beauty did reemerge as a contributor to sales gains after nearly five years of taking a back seat to electronics. Shoppers looking for value sought out fragrance and gift sets once again. But frugality was the ultimate victor.

“December sales of fragrance did pick up after the poor weather the weekend before Christmas, offset by the extra day between Thanksgiving and Christmas. In addition to Christmas sets, basic stock continues to improve with more retailers having improved the merchandising of fragrance,” she said.

CVS would not comment on the factors driving growth, but several industry watchers said the drugstore chain bought more aggressively this year.

Walgreens, suggested a few industry sources, had a tougher time with the fragrance category, as it bought a leaner assortment. It’s a move sources credited to Walgreen’s Customer Centric Retail initiative, designed to overhaul the front end of its stores. Walgreens could not be reached for comment.

Walgreen’s December sales gained 3.6 percent to $6.3 billion, from $6.1 billion in the prior year, while comparable-store sales decreased 0.3 percent. Front-end sales, or nonpharmacy sales, ticked up 1.5 percent last month, while comparable store front-end sales slid 3.1 percent, due to what the company stated was its “decision to take a cautious approach to buying this year’s seasonal inventory.”

A few retail buyers said this year their chains sold more fragrance sets than cosmetics sets. Designer scents fared better than mass brands. One merchant said fragrance in large sizes — or what she called a “jug of juice” — did well.

CVS Pharmacy did not divulge which particular brands sold best, but a spokeswoman said nail color has replaced the lipstick index, the theory that in tough economic times, women will continue to buy lip color. “Nail polish [sales] overall were off the charts,” she said, adding that CVS’ holiday nail color sets, which included 10 shades with a nail file, had their best performance this past season.

Target used its Web site, circulars and Target-To-Go locations to reinforce its image that it is an affordable and convenient option for fantastic gifts, said a company spokesman. To entice shoppers to buy online, target.com expanded its free shipping offer on purchases of $50 or more on all orders placed between Nov. 1 and Dec. 20 to 100,000 items, up 50 percent from the prior year, said the spokesman. In beauty, patterned hair appliances (think Zebra print) continued to sell briskly. In hair appliances, affordable price points hovering around $19.99 ruled. Natural gift sets, from companies like Burt’s Bees, also did well. In fragrance, the standout sets were Usher for Men and Paris Hilton.

Now, post holiday, retailers are playing an internal game of deal or no deal. There is a growing concern about the extensive use of deals to spur sales, but at the same time, retailers worry about the impact of some vendors potentially walking away from buy-one, get-one-free offers this year. In a sense, the industry is caught in a vice as far as this popular promotional tactic.