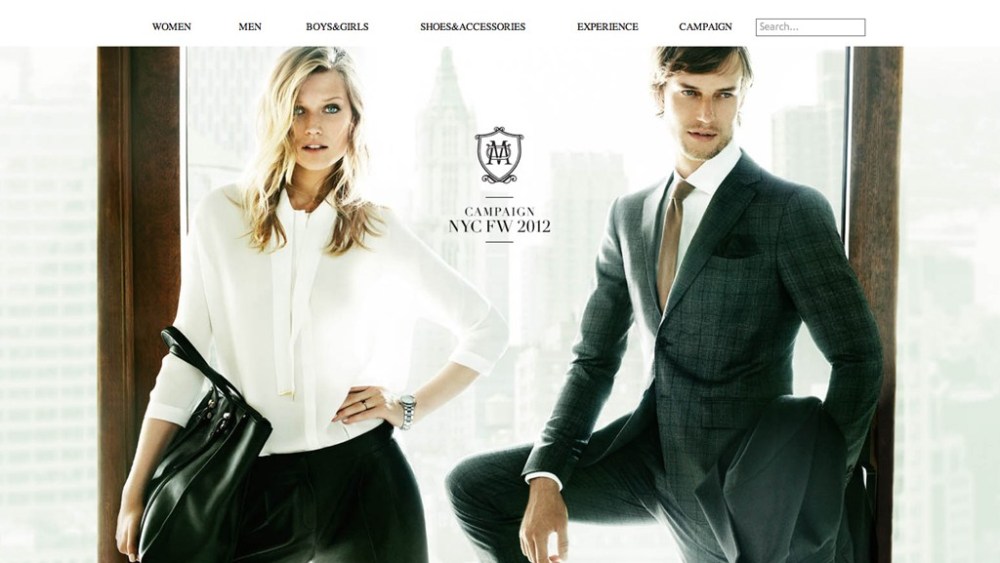 Massimo Dutti’s first U.S. store, a 13,131-square-foot flagship, will open in mid-October at 698 Fifth Avenue in Manhattan. The move reflects Inditex chairman and chief executive officer Pablo Isla’s bullishness about the brand’s expansion in the U.S. and Canada. “We think the North American market, especially the USA’s biggest cities, will be very important for Massimo Dutti,” he said.

Massimo Dutti is the younger, less developed sibling of Zara, with 570 stores in 50 markets worldwide, compared with 1,830 units in 82 markets for Zara.

Massimo Dutti will also unveil in November a 10,179-square-foot unit at 1220 Wisconsin Avenue, NW, in Washington, D.C. A spokeswoman confirmed that location but declined to discuss a store that’s said to be opening at Toronto’s Eaton Center Mall.

Zara in March opened a new 32,000-square-foot Zara flagship at 666 Fifth Avenue and 52nd Street in New York. Inditex, the Spanish retailer’s parent, paid $324 million for the retail condo space in what was at the time the city’s biggest retail condominium deal. The company indicated it would convert another existing Zara unit at 698 Fifth Avenue to the Massimo Dutti nameplate.

Massimo Dutti is priced slightly higher than Zara. The average price for a shirt is $65; coat, $220; trousers, $90, and shoes, $150. The spring collection was inspired by the state of Arizona, and features ladylike looks such as Peter Pan collars, sweaters with bows at the neck and shift dresses. The brand puts an emphasis on leather and suede. Women’s leather jackets in blazer and bomber styles come with and without collars, with fur accents, contrast piping, quilting and in colors such as pink, brown, camel and gray. Prices range from $353 to $776 for a reversible jacket.

Founded in 1985 as a men’s wear company, Massimo Dutti was acquired in 1990 by Inditex. Due to its heritage, the brand’s strength is tailoring. In a nod to its upcoming Manhattan location, Massimo Dutti’s fall ad campaign was photographed on a high floor of a Midtown office building. A woman and man — modeling a gray sweater and black leather skirt; white sweater and burgundy pants, and navy and gray plaid suits — pose in front of a window covered with a semisheer material through which the Empire State Building and other skyscrapers are just visible.