The banner covers 4,752 square feet on two levels and it will be officially unveiled on Sept. 21 after the MSGM show.

The new MSGM store in Milan

MILAN — “It was love at first sight.” This is how Massimo Giorgetti felt when he saw the space that would become the MSGM brand’s biggest store. Located in Milan’s Via Broletto, in the arty Brera district and in a former bank, the banner covers 4,752 square feet on two levels and it will be unveiled on Sept. 21 after the MSGM show. “It’s a beautiful step for us and a great challenge, it’s so big and innovative,” said Giorgetti, founder and creative director of MSGM.

The store also marks the 10th anniversary of the brand, which in June celebrated this milestone with a show in Florence during Pitti Uomo parading the men’s spring 2020 collection. Given the size and the importance of the space, Giorgetti felt he could not afford to make a mistake. “The online channel is important, for sure, but we still believe in the physical stores and now that my collection has grown to include new categories such as underwear and activewear, we have a range that can be fully displayed in brick-and-mortar,” said the affable designer.

The store is representative of Giorgetti’s passion for exposed concrete and the Brutalist architecture that reached its peak in the Sixties. The designer also meant to pay homage to the city of Milan, which is increasingly associated with the brand. 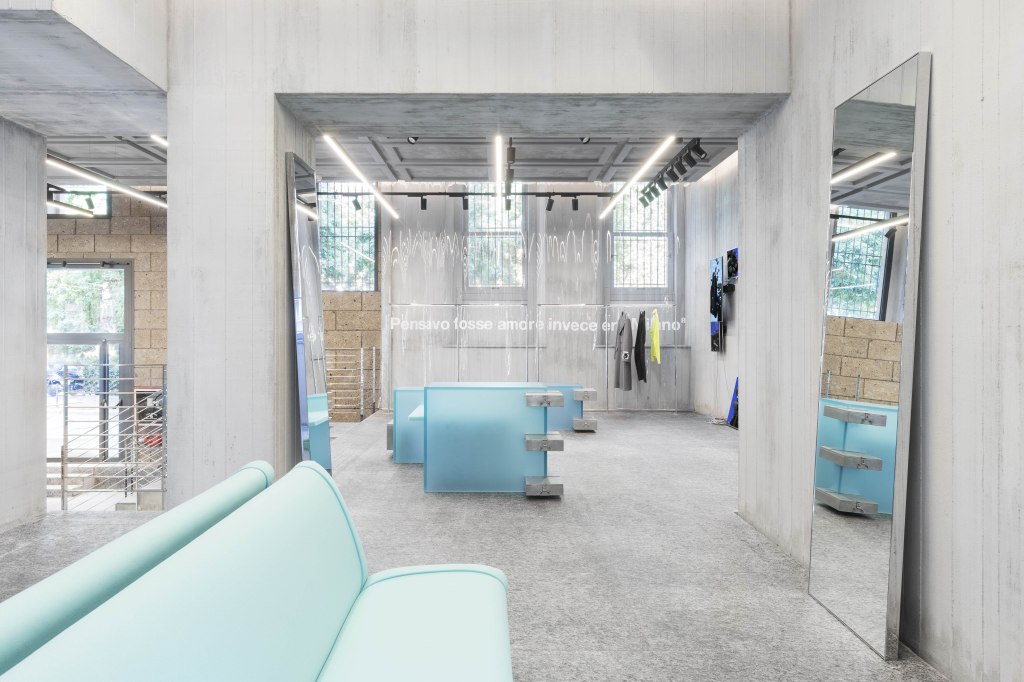 Giorgetti conceived the blueprint with Milan architecture studio ML and in collaboration with Dutch designer Sabine Marcelis, who set old safety deposit boxes in several colorful modules in resin. The reference to the former use of the space is also seen on rugs with 3-D patterns representing the facade of armored safes. Steel and chromed elements shine throughout the space. D70 sofas designed by Osvaldo Borsani in 1953 and later manufactured by Tecno punctuate the boutique, yet another tribute to Milanese design. The arcade outside the store and the large windows allow an exchange between the interiors and the exteriors of the banner. The color palette ranges from hazelnut and taupe to acid yellow, turquoise and mint green. The flagship will also display colorful glass vases designed by Giorgetti with the storied Venini firm. “There is a lot of Italy here, blending energies and creative talents,” said the designer.

The store replaces a former MSGM store that was located in Brera and Giorgetti enthused about the area, while declining to provide details about the investment. “There is a steady, constant flow of shoppers during the week,” he said.

With the addition of a Ginza Six banner in Tokyo that will be officially inaugurated in mid-October, there will be 40 MSGM stores by the end of 2019.

Fund Style Capital a year ago acquired a 32 percent stake in MSGM. Manufacturing company Manifattura Paoloni retained a 49 percent holding in the brand and Giorgetti the remaining 19 percent.

MSGM chief executive officer Roberta Benaglia, who is also a founder of Style Capital, said she expects 2019 sales to reach 56 million euros, excluding the children’s wear license. Last year, the company registered revenues of 51 million euros, up 21.4 percent compared with 42 million euros in 2017. “We are very pleased,” said Benaglia, hinting at new development strategies by the end of the year. Benaglia in March told WWD that, as part of her business plan, she aims to double sales of the brand, reaching 100 million euros in four years.

“Buyers are telling me there is a strong return to shopping in boutiques, also in multibrands, which draw also young people and in smaller provincial towns,” said Giorgetti. “Online works well, but you do miss some of the charm you find in stores, and shopping in stores is a novelty for the younger generation,” he said.

Giorgetti said the flagship is his “gift” for the brand’s 10th anniversary and admitted a unit in New York was meant to open before Milan, but that is on the back burner for the time being. “This Milan store and the anniversary bring new energy to the team, confirming the rebirth of the city,” he said. The company is also focusing heavily on Asia, from Japan and Korea to Singapore and China — markets that are “so energetic and beautiful.”

The designer is opening up to the idea of adding licenses, eyewear and perfumes, for example, following the launches of underwear and activewear collections. Ready-to-wear accounts for 90 percent of the business, which allows Giorgetti to believe there is room to expand through accessories and shoes.

“We want to grow, but not quickly. I believe in a healthy and constant growth,” he said.

In May, Giorgetti inaugurated an innovative cultural hub called Ordet, an experimental arts center. Giorgetti said that, going forward, he is planning more collaborations with artists, designers and musicians, which help “add value to fashion.” In the past, he has collaborated with the likes of Maurizio Cattelan, Nico Vascellari and Henry Hussey. Ordet, he said, “adds new energy.” The designer also revealed he will present a book next month or in November, but was mum about the details. 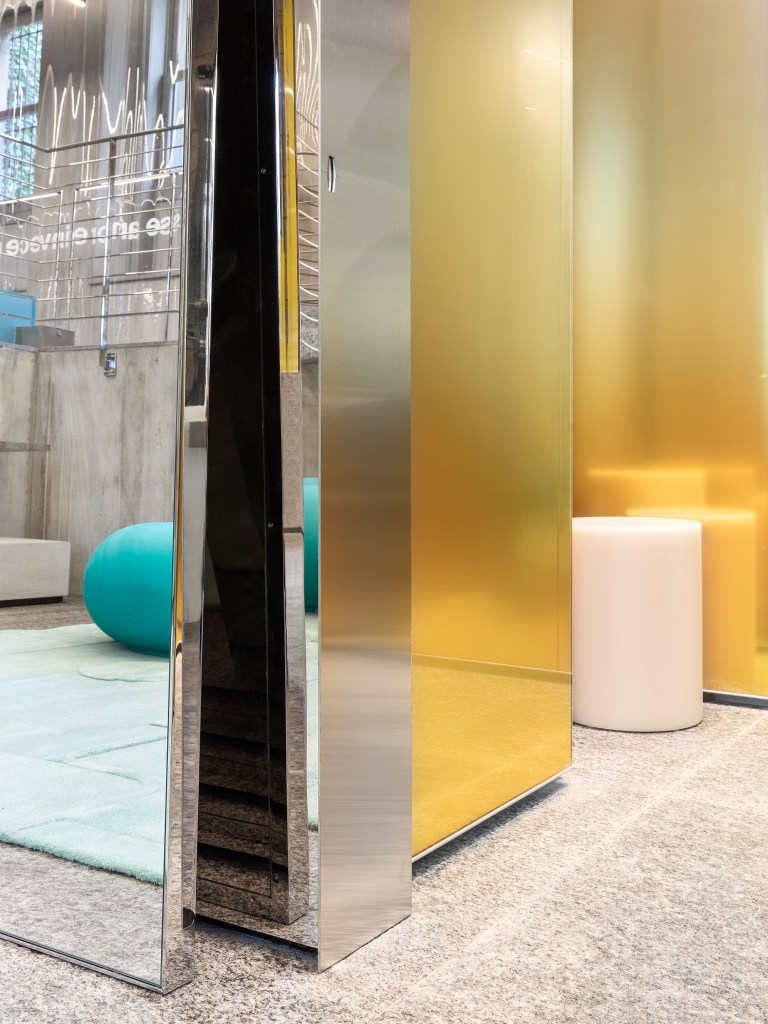