Mastercard's SpendingPulse data showed improvement in May as compared to April.

In its most recent “SpendingPulse” report, Mastercard said retail sales were bolstered by an additional $53 billion in additional U.S. e-commerce sales in April and May — reflecting the degree of how the COVID-19 outbreak drove shoppers online during the pandemic.

The financial services company noted that consumer spending also “appears to be normalizing in a number of markets,” and said total retail sales in May “saw a marked improvement from April (-5.6 percent ex-auto year over year compared with -14.1 percent, respectively) as some states started the reopening process and stimulus funds continued to buoy consumer spending.” SpendingPulse tracks overall retail sales across all payment types — including cash and checks.

In regard to e-commerce, Mastercard said online sales soared 92.7 percent in May, which the company said underscored “the broader shift to digital in how we work, live and shop.” The report reiterated, though, that the shift to digital and online is not consistent as there are variables in regard to economic and household differences as well as geographical variances.

Still, Mastercard identified some noteworthy, over-arching trends — including the growth of e-commerce, which has doubled in its share of total sales. “In the U.S., e-commerce in April and May made up 22 percent of all retail sales, up from 11 percent in 2019,” Mastercard said in its report. “Another way to put it? More money was spent online in the U.S. during that period than the last 12 Cyber Mondays combined.”

Looking at global trends in online sales, Mastercard said it has also “seen some redistribution of sales away from brick-and-mortar into online channels after the onset of the outbreak.” The company said in April and May, e-commerce as a share of total retail sales “reached 33 percent in the U.K. — an unprecedented high (ex. auto, petrol, and restaurants).” 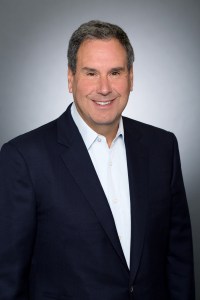 Steve Sadove, Mastercard senior adviser and former chief executive officer of Saks Fifth Avenue, said the shift to digital ways of shopping “has been undeniable, while everything else has been incredibly unpredictable. The question is what changes will stick around for the long-term?”

“Investing in your home and shopping local are two recent trends,” Sadove said. “Heightened demand for touchless services is another, which could have tremendous impact on what stores actually look like and how they blend their online and brick-and-mortar footprints.”

Retail Sales Poised to Decline Over 10% This Year