Located in Seoul, the 3,240-square-foot store carries both the Max Mara and Sportmax brands as well as a capsule collection.

The Max Mara flagship in Seoul.

MILAN — The Max Mara Group will celebrate the opening of its first flagship in Korea with a cocktail to be held Tuesday evening at the new venue. Located in Seoul’s luxury Gangnam district on 434 Apgujeong-ro, the 3,240-square-foot boutique was designed by Duccio Grassi Architects.

The store, which carries both the Max Mara and Sportmax brands, is marked by a sleek design, with expansive windows encasing its facade. Inside, the walls are covered by brass enriched by a special finishing obtained by hand. Natural stones, oak wood and etched or burnished iron are strongly featured. The entrance and some of the walls are made of Ceppo stone, a material frequently used in Milanese palaces. 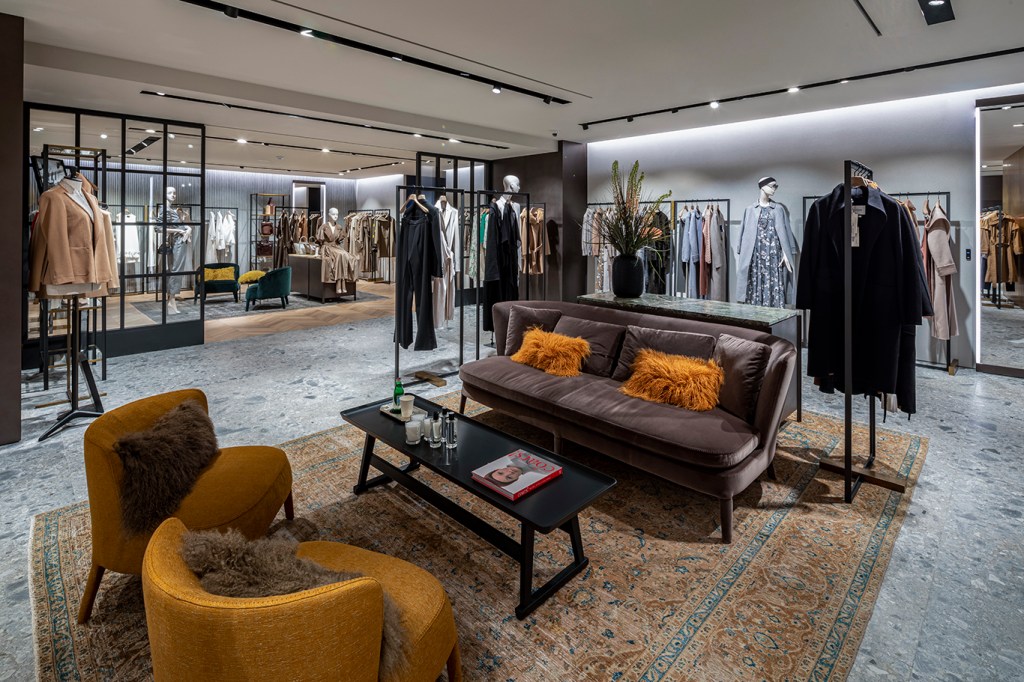 For the occasion, Max Mara will unveil a limited-edition capsule collection of three items featuring the Heritage Prints. These nod to the fashion house’s history and the brand’s collaborations with designers and illustrators over the years, from Anne-Marie Beretta, who also designed the signature 101801 coat, still a staple for the brand, or Karl Lagerfeld‘s recognizable sketches, to the work of Guy Paulin, Jean-Charles de Castelbajac and Emmanuelle Khanh, up to the #maxmaragram lettering and Brunetta Mateldi’s illustrations in a sophisticated patchwork printed on silk.

The Seoul capsule collection comprises a hooded down silk coat with leather details; a graphic sweatshirt, and a belt bag. All feature a special label while the belt bag also has a special engraving on the zipper pull. The capsule will be available starting Sept. 3 exclusively in the Apgujeong-ro flagship and online on kr.maxmara.com. 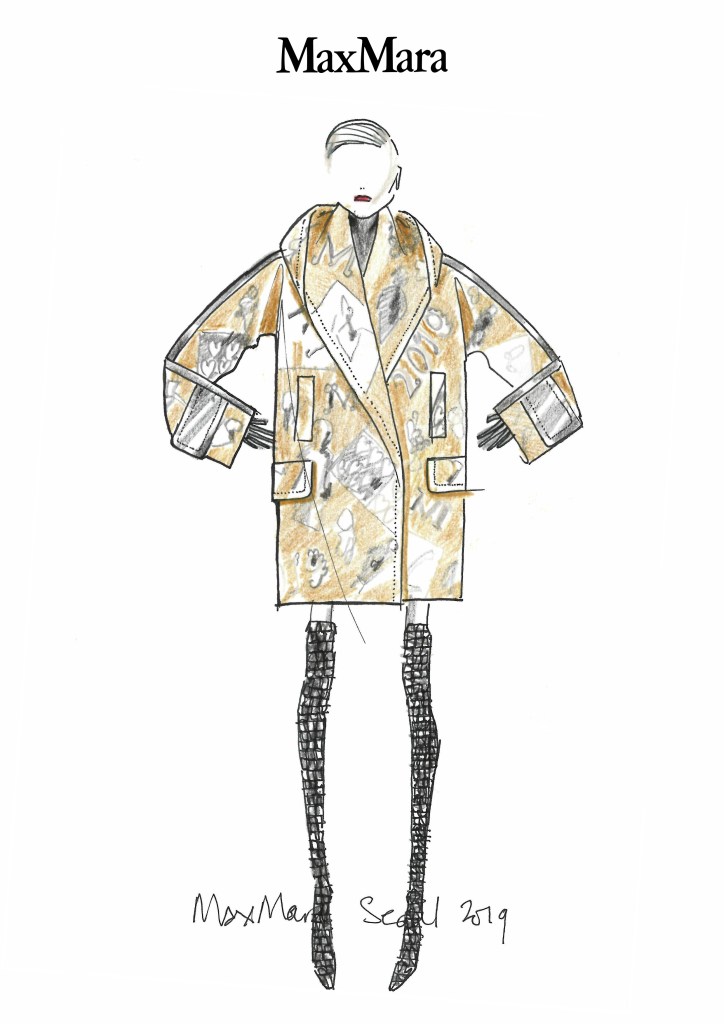 A sketch of a Max Mara coat, part of the capsule collection available at the Seoul flagship.  courtesy image

The opening party on Tuesday will be hosted by Maria Giulia Prezioso Maramotti, Max Mara ‘s vice president of U.S. retail and global brand ambassador. Carolyn Murphy, who walked for the Max Mara Resort 2020 show in Berlin at the Neues Museum, will attend as international special guest. Among the 300 guests expected at the event DJ’ed by Kino Kino are Korean celebrities and influencers such as Jiwoo Choi, Claudia Kim, Jihye Han, Hiyejin Han, Irene Kim, Eunse Ki, and Nayoung Kim.

The group entered Korea around 20 years ago and is present with 23 Max Mara and four Weekend points of sale in department stores in the region. The company closed 2018 with revenues of 1.6 billion euros, with exports accounting for 60 percent of the total.

Located in the city’s multifunctional space DDP (Dongdaemun Design Plaza) designed by Zaha Hadid, “Coats!” was placed under a monumental cupola inspired by the works of 18th-century architect Étienne-Louis Boullée, and in seven rooms, each dedicated to a decade since the company’s founding in 1951. Studio Migliore + Servetto Architects was once again tapped to create a site-specific design for Seoul, after the previous shows in Berlin in 2006; in Tokyo in 2007; in Beijing in 2009, and in Moscow in 2011. South Korean artist Yiyun Kang created a digital installation, “Into the Deep Surface,” with special projections of dancers in the cupola, curated by Daehyung Lee. 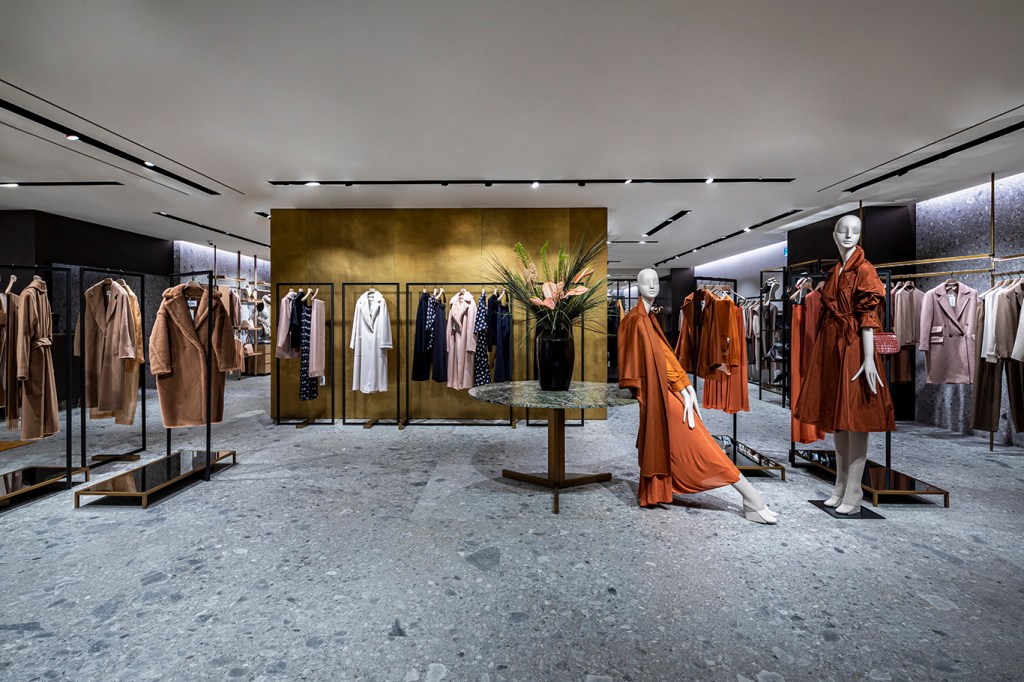