The Italian group will launch a new mini Whitney bag during a cocktail event marking the opening of the store on Sept. 8, expected to be attended by Bella Hadid, who fronts the brand's accessories campaign for fall. 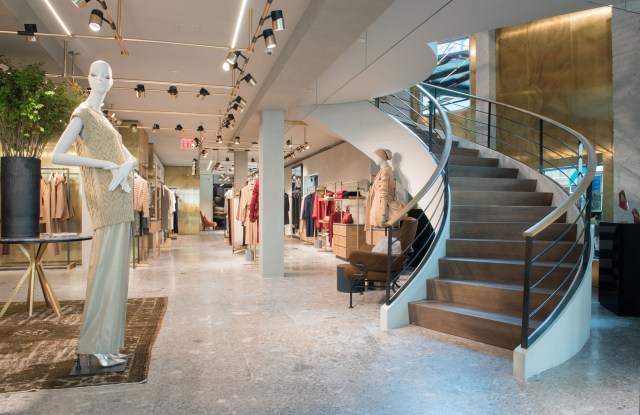 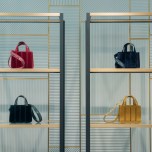 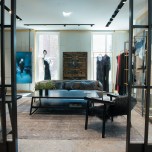 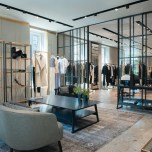 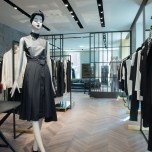 MILAN — New York is the biggest market in the U.S. for Max Mara and the Italian fashion group is paying attention.

After six months of renovation, the brand’s newly redesigned flagship is reopening on Madison Avenue and 68th Street on Friday with a cocktail event during New York Fashion Week. “This is the most important and biggest store for us in the U.S., we’ve expanded the three floors and doubled the size of the windows on two levels,” said Maria Giulia Prezioso Maramotti, director of North American retail and a member of the third generation of the founding family.

While declining to provide financial details, she said that New York is “is the number-one market” for the company in the U.S.

“We have been working on this project for the past three years,” said Prezioso Maramotti. “It marks a new era for the company and it is the expression of Max Mara’s retail. It blends the needs of creativity, architecture and experience. It’s an important achievement.”

The first Max Mara store in the U.S. opened in San Francisco in 1987. Today, there are 18 units in the region, which ranks among the top five markets for the group.

Located in a storied Victorian style building covering about 5,000 square feet, the boutique on Madison Avenue first opened in 1994 with an award-winning restored neoclassical facade. Redesigned by Duccio Grassi Architects, the store today emphasizes the building’s historical nature as the original walls, bricks and windows are no longer covered or obscured. “The original bricks in white alternated with brass panels create a luminous and less classic contrast,” said Prezioso Maramotti.

The entrance floor is made of ceppo stone, the same material used in Milanese palaces. Oak and gray pearl marble in geometric patterns cover the remaining floors. Walls alternate between stone and brass, all treated with an original Tuscan craftsmen technique that contrasts with the building’s original brick accents. “We are known as a brand for our research in fabrics and all dressing rooms are covered with Italian fabrics,” said Prezioso Maramotti.

There are simple hanging structures made of wood, iron and brass and a tubular brass diffused chandelier, designed specifically for the location by Duccio Grassi Architects. A fireplace adds a homey atmosphere and there are winter gardens on the second and third floors. In fact, Prezioso Maramotti compared the changes made to the store to those that could be made by a young couple moving into an old, inherited family house.

“We opened up the space as the previous design was more in line with the trend in the Nineties, with much more natural light,” she said. “The store has a more modern look.”

Prezioso Maramotti said the focus is not only on design and architecture, but also on merchandising, with flexible features to spotlight special collections or projects. “For example, we want to be able to display our knitwear in a way that allows customers to see it right away. We’d like our customers to browse around on their own in a welcoming space that makes them feel free to contact a sales person for service.”

Clearly there is more technology involved today. “With the previous layout, there used to be more space for the cashier, for example, while now there are screens to project stories and a digital platform is integrated in the store so that customers can access the brand’s website through their iPads. There is an integration of the two platforms,” she pointed out.

Prezioso Maramotti, who has been in charge of the area for the past five years, said the store relies on a larger local client base compared to Europe, for example. Seventy percent of the Madison Avenue store’s customers are from the area.

While outerwear is the leading category, she has seen an increase in spending on ready-to-wear, business wear, suits and dresses. “We have great satisfaction here. We have a strong relationship with our customers and, over the past 10 years, we’ve seen new customers.”

She attributed this to “a precise message and clear communication” that has drawn a younger and more aspirational consumer. “We’ve had a strong growth in the past six, seven years,” she observed, although she admitted there “has been an adjustment in the U.S. in the past two years,” especially due to the slowdown in luxury spending and the woes of department stores and the impact of digital technology.

While Max Mara’s own stores help American shoppers make contact with the brand, wholesale also remains important to expand visibility, she added. Max Mara is available at stores such as Saks Fifth Avenue, Bergdorf Goodman and Nordstrom, but “traffic is different and shopping is faster” than at one’s directly operated store, she noted.

Prezioso Maramotti said the company is mulling an opening on the West Coast in 2019.

To mark the reopening of the Max Mara flagship, the company is exclusively launching the Whitney Bag as a special edition in a mini version in leather and velvet in jewel tone colors such as emerald, sapphire, citrine, onyx and ruby. The bag, which has a distinctive ribbing, is lined in the brand’s signature camel color and features crystal details on the strap.

Max Mara and the Renzo Piano Building Workshop collaborated on the original creation of the Whitney Bag in May 2015 to coincide with the opening of the new Whitney Museum of American Art building, designed by the Italian architect.

Referring to the Whitney Bag as Max Mara’s best-selling accessory, Prezioso Maramotti said the limited edition offers “another opportunity” to establish the style in consumers’ minds, defining the partnership with the Whitney and the Renzo Piano Building Workshop “a game-changer, offering a presence and appreciation that perhaps we did not have before.”

Bella Hadid, who fronts the accessories ad campaign for the brand, will attend the cocktail event on Friday. “It’s the right moment for such an event, it’s been a while since our last one in the city,” Prezioso Maramotti said.

The store opens with the fall collections across all core brands including Max Mara, Sportmax, ‘S Max Mara and Max Mara Atelier.