Maxfield Aims for Cool on Melrose

The Melrose Avenue flagship is undergoing a refresh led by its new head of brand that involves a pop-up series with Fear of God, Off-White and others. 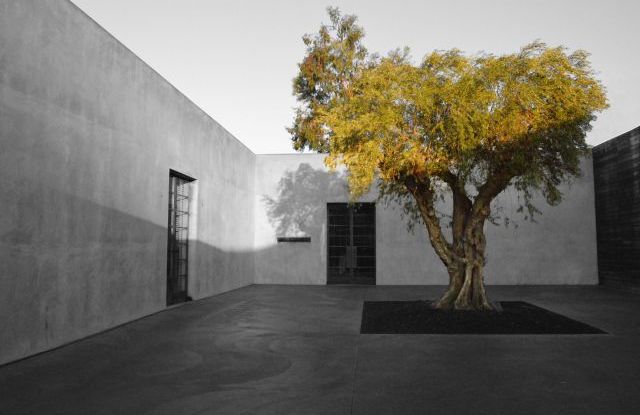 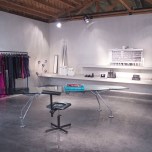 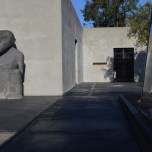 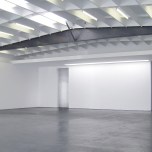 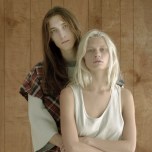 LOS ANGELES — Change is afoot at the Maxfield flagship on Melrose Avenue after 25 years of sitting as the solitary concrete fortress on a tame stretch of the famed shopping district.

The West Hollywood concept boutique with its templelike entrance balances designer brands such as Chanel and Gucci with an L.A. grunge aesthetic in emerging labels such as Fear of God, Enfants Riches Déprimés and Mike Amiri. Mixed in is vintage furniture, books and objects for the home.

But now, recently appointed chief branding officer Peter Utz, who came to Los Angeles for previous employer Saint Laurent, is set out to spruce up the company’s flagship and ambitiously envisions a Maxfield enclave of sorts on the small section of Melrose the company inhabits.

The business also includes the gallery of vintage furniture across the street from the Melrose boutique, a store at the Malibu Country Mart  and Maxfield Bleu in Beverly Hills, which sells past seasons’ designs.

Utz has his gaze on the Melrose flagship and has organized a series of pop-ups for emerging brands that will sit in the gallery space located directly across the street from the concept store. The pop-up, totaling roughly 2,500 square feet, is a temporary store for Maxfield founder Tommy Perse’s son James Perse.

“I like the idea of creating a village,” said Utz of the connectivity of the spaces.

On Oct. 27, Fear of God will launch the pop-up series and will remain there for one month. Other brands that will take over the space include Virgil Abloh’s Off-White, Vetements, Maison Margiela, Enfants Riches Déprimés and Mike Amiri. Designers will have full control of how the space is designed, Utz said, so as to ensure their creativity isn’t dictated or translated through the lens of another creative.

Fear of God refashioned 100 vintage rock ‘n’ roll T-shirts for Maxfield last month, which was revealed by the brand on social media. A line began forming at the door at 6 a.m. up until the store’s 11 a.m. opening. The shirts sold out in 30 minutes.

The label’s founder, Jerry Lorenzo, is set to release an exclusive sneaker, an all-white capsule and the debut of a ready-to-wear collaboration, all at the store. Maxfield is being strategic with those limited-edition and exclusive releases with those timed to go out over the course of the store’s lifespan rather than all at once.

Similar tactics will be employed for the other brands. Off-White is set to follow Fear of God with 45 limited-edition items for men and women, created by Abloh, for sale in the store. There will also be the release of a new take on the Off-White basics collection that will give it a vintage quality.

“The idea is to give the chance to a young designer who hasn’t got a store based yet in Los Angeles and to give them a perfect location, our retail knowledge — how to organize it and how to staff it — and their creative input for the rest,” Utz said. “It’s a blank canvas where they can really create what they want.”

The pop-ups are part of a number of moving parts for Utz and the rest of the Maxfield team. The original flagship across the street will undergo a bit of its own refresh, beginning next week, with new lighting and a new coat of paint inside — details that haven’t been touched since the store first opened.

“We’re going through every single detail of the store. Every visual aspect to make the journey of the customer who doesn’t know Maxfield as high end as possible,” Utz said.

The Fifties home designed by French architect Jean Prouvé that was shipped to the store’s site last year from Paris now sits on a cement platform just outside the Maxfield entrance and, on Monday, will temporarily become a men’s boutique to provide room in the original store for the interior to be painted. That inventory will all move back once the space is completed. The vintage furniture, temporarily in storage, that once was on display in what will be the pop-up space will move to the Prouvé structure which, Utz explained, provides a more fitting landing place for the collection.

It’s a bit of skillful maneuvering, with all parts likely to be in permanent place by mid-November.

“It’s exciting,” Utz said. “It’s a big transition for the company because Maxfield has never really gone through such a re-branding situation. It’s a beautiful company and I just think it’s important for the store to always be current and that we [maintain] the right image.”