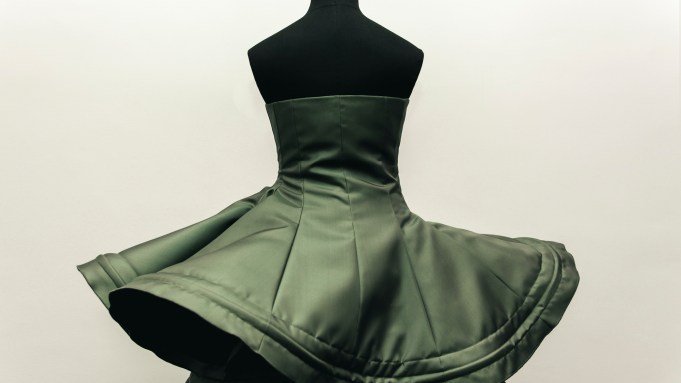 Limited and exclusive: Maxfield’s recharged its business on those two words, with ReadyMade set to go live Friday as the latest in a series of high-end streetwear and luxury pop-ups at the boutique.

ReadyMade’s pop-up, nestled within the men’s department of Maxfield’s main store on Melrose Avenue, represents the latest iteration of the pop-up model, which has seen brands such as Fear of God, Enfants Riches Déprimés and Amiri take over Maxfield’s space across the street; Vetements set up shop in the adjacent Jean Prouvé house, and Local Authority take over Maxfield’s Malibu outpost.

The limited-time offerings have helped create buzz and bring to life brands, some of which have never had the opportunity to have their own retail space. For Maxfield, the lift has been measurable with the retailer reporting a 30 percent gain in sales since the start of the series roughly a year ago, spearheaded by chief branding officer and former Saint Laurent executive Peter Utz.

Now, Japan-based ReadyMade is to debut an assortment of limited-edition items that runs across a number of hot brands. ReadyMade itself has gained a base of fans in designer Yuta Hosokawa’s work repurposing vintage military fabric into apparel, accessories and toys.

ReadyMade’s partnership with Maxfield includes collaborations with six companies and artists, many of them from the high-end streetwear world, including A Bathing Ape, Fear of God and Just Don. The remainder includes pieces done in conjunction with Arsham Studios, Maor and Yohji Yamamoto.

Some of the collaborations have been in the works for some time with Hosokawa trying to find just the right place to offer items such as the boxing shorts, gloves and a one-of-a-kind heavy bag done with A Bathing Ape. There’s also work jackets from a Fear of God collaboration and Swarovski crystal bedazzled shorts with Just Don.

Hosokawa said the artist Marcel Duchamp and his series of ready-made art became the basis for the name of his line, and his up-cycled designs carry and underlying political statement. Hosokawa, who described himself through an interpreter as a pacifist, said he’s very much about reducing violence and ending war. Repurposing former military items is about envisioning a world where there’s a reduced need for military materials because there’s peace, the designer explained.

Most of the materials are sourced from Los Angeles and include vintage U.S. tents and duffel bags. Hosokawa more recently began working with U.S. postal bags and in the past has worked with leather and some denim. The designer then adds his spin with new hardware, patches, labels or other embellishments.

While the brands Hosokawa collaborated with for Maxfield are different, the designer said he wanted to work with a diverse group of brands and artists with one consistent, unifying message: “It doesn’t matter where you’re from, what you look like, what you do. We can still come together,” the designer said.

For Hosokawa, the shop-in-shop within Maxfield in some ways brings his brand full circle. Maxfield, as was the case for many of the pop-up brands, was the first boutique to carry ReadyMade with a one-year exclusive and continues to offer pieces from the label.

The ReadyMade pieces go on sale to the general public Friday and are expected to be available through the weekend.

Virtual Reality on Full Display at Wal-Mart’s Store No. 8 Gala

Jared Leto on Investing, Art of the Deal