With its chief executive, Gene Kahn, forced out last week, a much different future is on tap for The May Department Stores Co. 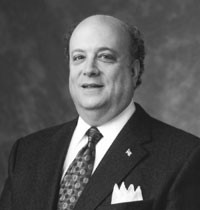 NEW YORK — Gene Kahn’s sudden resignation from May Department Stores Co. on Friday could unleash a whirlwind of change at the troubled St. Louis-based retailer.

Not only is a difficult search ahead for a successor to the ceo — due to a limited pool of talent and May’s dire need for a merchant with vision — but market sources and analysts are raising a host of possibilities on how to fix the company, from consolidating May’s tired stable of 12 department store divisions down to a handful to unloading the credit card operation or even selling the entire company.

A surviving May Co. could also one day set up design offices in New York, where design talent is plentiful compared to St. Louis, and where executives could be more in touch with the fashion market and trends. Federated, Gap, Limited, Kmart and other retailers have established design operations here despite being headquartered elsewhere in the country.

“This is a very difficult assignment, considering the business is so troubled,” said Robert Kerson, who runs an executive search firm bearing his name. “Each division May operates has lost share in its respective marketplace. It’s at least a five-year fix.”

“Maybe Federated and May will merge. There’s no ego involved in May Co. now” with Kahn gone, said a former Federated official.

In the event of divisional consolidations, old nameplates like Strawbridge’s, The Jones Store, L.S. Ayres, Famous-Barr, Kaufmann’s and Meier & Frank could disappear and be replaced by others that resonate stronger with consumers and cover more territory, such as  Lord & Taylor, Filene’s, Marshall Field’s and Robinsons-May.

A retailer such as Federated Department Stores Inc., or a private equity firm, could make a play for May in its wounded state. Talks between Federated and May have been on and off over the years, and the two retailers only have about 25 percent of their stores in the same markets. Federated is strongest on the East and West Coasts, while May has more going for it in the Southeast and Midwest regions.

This story first appeared in the January 18, 2005 issue of WWD. Subscribe Today.

However, sources note that Federated  has a lot on its plate currently. “Federated is busy centralizing its home store. It’s staggering,” said one Federated source. The company, which is performing well, is also changing all of its non-Bloomingdale’s units to the Macy’s nameplate. Terry Lundgren, Federated’s chairman, ceo and president had no comment Sunday.

With Friday’s news that Kahn, May’s chairman and ceo since May 1998, had resigned after a disappointing tenure marked by same-store sales, profit and stock price declines and lackluster merchandising, further departures are likely. Said one May insider, “Gene brought up a lot of people he knew, many from Filene’s,” the Boston-based division he ran before joining corporate. “A lot of people are afraid that whoever comes in will clean house.”

The search for Kahn’s successor will be difficult. For one, May would be hard pressed to pirate anyone from Federated, Penney’s or Saks Inc. due to non-compete restrictions. Two highly regarded Federated officials, Sue Kronick, vice chairman, and Michael Gould, Bloomingdale’s chairman and ceo, would otherwise be good candidates.

Others said that May would consider Allen Questrom, who left as chairman and ceo of J.C. Penney in December, a year ahead of when his contract was due to expire and who has the golden touch for turnarounds. The 64-year-old Questrom has said he wants to retire, though some close associates said he would consider another job. However when asked if he would go to May, Questrom said Sunday, “I’m not at all interested.”

His number-two executive at Penney’s was Vanessa Castagna, who held the title of chairman and ceo of Penney’s stores, catalogue and Internet, but left after being passed over for the top position in favor of Myron Ullman. She would also be checked out by May’s search committee, and has been interviewing at Mervyn’s, Kmart Corp. — which is merging with Sears, Roebuck — and other retailers. On Monday, she said: “I’m making no decisions. I’m taking my time.”

There is also said to be three top inside candidates, including Frank J. Guzzetta, president and ceo of Marshall Field’s since November. He held those titles at the Hecht’s/Strawbridge’s division, headquartered in Washington, D.C. He’s regarded as a strong merchant with leadership skills. “He’s good at developing people,” said a source close to May.

Another is William P. McNamara, May’s vice chairman and the link between corporate and stores, with experience in merchandising and operations and running divisions. All the store principals report to him, with the exception of Lord & Taylor, which has been reporting to Kahn. McNamara began his retail career in 1972 as an executive trainee for Filene’s, rose to senior vice president and general merchandise manager there and in 1995, shifted to May Merchandising. Two years later, he was named president and ceo of Famous-Barr, and in 1998 took the same titles at May Merchandising. He was named to his present position in 2000.

Marshall Hilsberg, the former Lord & Taylor ceo currently living in Florida, is also a potential candidate, according to the source.

Other executives that would be checked out are Jane Elfers, the current ceo of Lord & Taylor, who could team with a strong operations executive such as Christina Johnson, former Saks Fifth Avenue Enterprises chairman and ceo, regarded as a tough executive who could clean up a lot of the mess, and Rose Marie Bravo, ceo of Burberry, who has already brought in a potential successor there, Brian Blake, worldwide president, chief operating officer and executive director. Bravo is considered a strong leader with brand-building skills.  There’s also Gregg W. Steinhafel, president of Target.

John L. Dunham, current president of May, was named acting chairman and ceo, along with his duties as president. “He’s very reliable, and smart and primarily in operations. He’s not going to fix the place,” said one search executive.

A hunt is under way, but no search firm was designated. Spencer Stuart has the inside track, since it has done board searches for May. Internal and external candidates will be considered. James M. Kilts, also a director and the ceo of Gillette, will chair the search committee, raising speculation that executives from consumer products companies would be considered. There are other people on the board with interests in industries besides retailing.

“The candidate pool for this would be very narrow,” said Kerson, the search consultant. “Maybe it’s time for May to start thinking out of the box,” examining executives at category killers such as Best Buy, or brand portfolio managers, since May is a retailer with several store brands. But Kerson believes that most of all, May could use a merchant prince. “It’s a merchandising and a positioning problem. The best solution may be to merge with a strategic partner right now. For example, Federated has the management talent to oversee May and really perform well with some of the major holdings, such as Marshall Field’s.”

So where did Kahn go wrong? According to sources, he lacked a decisive vision for May, became too bogged down in details rather than motivating others, and rarely demonstrated sufficient people skills. “He got very into the minutia,” said one insider. “There was no big picture.”

Said another source, “There was never a clear vision from the day he became ceo. Being a good merchant doesn’t mean you’re going to be good ceo.”

Others, however, defended Kahn, noting that he did make several bold moves while in command. Marshall Field’s was bought for $3.24 billion from Target Corp. last summer, and the company dove headfirst into the bridal and formal wear arena purchasing David’s Bridal, After Hours Formalwear and Priscilla of Boston. He also overhauled and intensified the private label program with new labels, although the performance there hasn’t been the best, and decided to shut down 32 underperforming Lord & Taylor stores, or about a third of that division.

“This was a shocker. It all came down at a regularly scheduled board meeting [on Friday]. I think Gene was blindsided,” said another executive familiar with May, who noted that Kahn’s recent actions suggest he was not expecting what would happen, considering he was planning aggressively for the year ahead and ready to make some key appointments in the marketing and merchandising areas, to strengthen product and branding strategies.

There’s further speculation that more information about the depth of May’s sinking performance came to light last week at the board meeting, prompting the board to ask Kahn to resign. Net profits at the $13.34 billion, 500 department store operation have been shrinking steadily over the last few years, from $927 million in 1999 to $434 million last year.

Weinswig at Citigroup Smith Barney characterized Kahn’s departure as part of the wave of changes sweeping through May that should bring a brighter future. She said Lord & Taylor has spent the last 18 months changing 60 percent of its merchandise and has been driving positive same-store sales, though the corporation as a whole has been running in the negatives. She also noted that May in the last month placed Steven Nevill, formerly with Kurt Salmon Associates, as senior vice president for inventory management, a new position, and created a planner-allocator structure.

Among the opportunities she cited are beefing up private label at Marshall Field’s, where only 7 percent of the goods are under the store name.

She cited the possibility of huge cost savings by dropping several nameplates, with four banners remaining: Filene’s, Field’s, Robinson-May and Lord & Taylor. But she noted there have been certain store improvements, including better signage and a steady rollout of contemporary departments called Imagination. She said about 70 stores already have 10,000-square-foot Imagination shops in place, and 180 are seen by the end of the first half.

A different point of view recently emerged from Bob Buchanan, equity analyst at A.G. Edwards & Sons Inc. In a report last month, he reduced the fourth- quarter earning per share estimate on May from $1.31 to $1.25 versus the current consensus number of $1.40, based on visits to May’s stores where he saw “a major backup of inventory in women’s apparel. He also estimated a 6 percent drop in fourth-quarter same-store sales, along with a 150-basis-point increase in the period’s expense ratio, partly due to Field’s “bloated cost structure and integration expense.”

He described the women’s apparel, juniors and men’s apparel as “less than compelling” and private label poorly developed with the exception of the Ideology label.