An offshoot of a store in Hong Kong, retailer emphasizes men's clothing and Japanese designers. 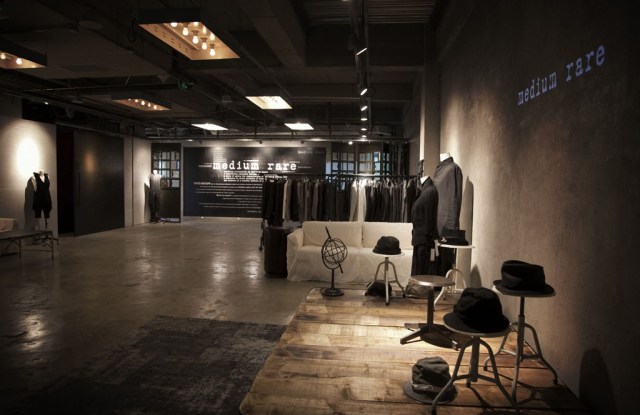 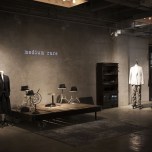 This story first appeared in the July 26, 2012 issue of WWD. Subscribe Today.

The shop is an offshoot of the Medium Rare store in Hong Kong’s Causeway Bay, which last year marked its 15th anniversary. The Beijing store, which opened last month, emphasizes men’s apparel and dark and earth-toned colors. What sets it apart from other stores in the area is that Medium Rare offers a relatively small assortment of 15 brands, with a heavy emphasis on Japanese labels such as Viridi-Anne, Individual Sentiments and Siva.

The new store, at 2,000 square feet, is more than twice the size of the Hong Kong location, said director Eddie Tso. Even so, he explained that he has no interest in competing with large multibrand retailers, like Lane Crawford or Joyce, that carry hundreds of designers in their Beijing stores.

“I would rather stay small,” Tso said, explaining that he doesn’t want to carry more than 20 designers. “I’m not aiming for the whole market.”

Tso, who developed an interest in Gothic fashion and music during his high school days, said his customers are not as focused on short-term trends and big-name brands as they are on high-quality fabric and workmanship.

In fact, the vibrant arts and music scene is part of what brought the 43-year-old to the capital from his hometown of Hong Kong. He had spent time in the city’s 798 arts district and got to know some of the artists who worked there.

“They said that even though a lot of them don’t care about their image, if they had the choice, they would rather buy stuff like this,” he said.

Even if Medium Rare isn’t focused on growing large, it is facing some threats from the larger retailers, who dominate much of the Chinese market and often nab designers as exclusives.

Nevertheless, Tso notes he hopes to open three more Medium Rare stores in China, although he hasn’t determined the locations.

The Beijing store, just upstairs from Alexander McQueen, has an industrial feel, with concrete walls, exposed lightbulbs on the ceiling and well-spaced racks of apparel along one wall.

A smattering of designers from Europe and the U.S., including Lost & Found, Obscur and InAisce, break up the heavily Japanese lineup of brands. The shop has yet to carry any Chinese designers but Tso said he is open to the idea further down the line.

“I need to watch a brand for a period of time to see the consistency of it,” he said, worried that a designer will change too radically from season to season. “To us, it’s a way of living.”