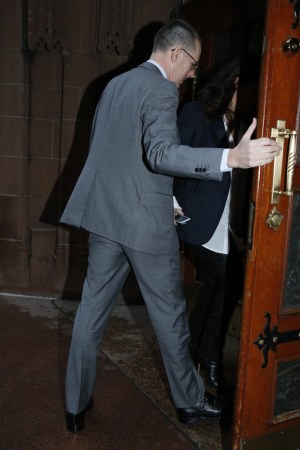 Macy’s Inc. Sees a Brighter Light in a World of Uncertainty

Organized by the Retail Council of New York State and the New York Metropolitan Retailing Association, the meeting was a result of recent allegations of racial profiling against Macy’s and Barneys. These “shop and frisk” incidents have led to an investigation by New York Attorney General Eric T. Schneiderman, and lawsuits filed against Macy’s, Barneys, the city and the New York Police Department.

According to a statement from Macy’s, “We were very happy to have had a seat and voice at today’s meeting. It was an important step in openly and honestly discussing loss prevention in the industry and policies for retail establishments, large and small. The forum accomplished its goal of bringing together many key players in the retail community to the table, and starting a healthy dialogue with community leaders.

“We commend the leadership role by the Retail Council of New York State and the New York Metropolitan Retailing Association in steering the discussions to move forward and emerge collectively with agreed-upon actionable plans. Macy’s looks forward to being an active participant in the ongoing discussions so that we mutually identify and adopt best practices for the industry while maintaining a pleasant shopping experience for all customers,” according to Macy’s.

National Action Network’s Foy termed the meeting, which was closed to the press, “productive, honest and candid.”

“It’s just the start of a dialogue, and we’re forming a task force which will be charged with working on industry-wide policies and standards,” said Foy. The task force is set to have its first meeting on Monday. “There are things retailers can do to further engage the communities of color, which their customer base is about,” he said. He noted that there were about a dozen retailers in attendance and “everyone acknowledged there are issues that have to be dealt with, sooner, rather than later.”

The NYCLU’s Lieberman added: “It was good to have the retailers and civil rights leaders sitting around the table together with a shared commitment to figure out how to really put an end to racial profiling. There’s hard work to do. The missing link is the New York Police Department. They’re missing in action.” She added that the task force will set its agenda and start to move forward, but she is concerned about how forthcoming the retailers will be about their relationship with the NYPD.

“This is an important time for business in our city,” said Stringer upon arrival at the meeting. “We want people of all backgrounds to come into our retail stores and have a very positive experience. This [the meeting] is not about a dog and pony show. It’s about creating a real dialogue.”

Sanford Moore, a community activist, said, during the meeting they decided to create various committees such as those for community reinvestment and economic development; improving protocols for racial profiling, and security training. He questioned during the meeting why pension funds purchase shares in companies that are inhospitable to black citizens. “Scott Stringer said he wanted to explore that,” said Moore.

“I must commend Rev. Sharpton. He’s trying to take a constructive yet critical approach. If they don’t do the right thing, he may take another approach. I think something positive will come out of it,” said Moore.