Men could be the target audience that helps bring mass retailing out of its slumber. 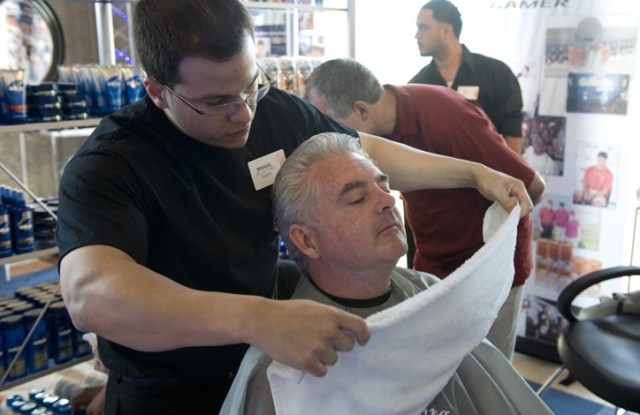 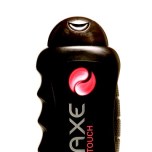 NEW YORK — Each year, at the National Association of Chain Drug Stores Annual Meeting, women have had the opportunity to be made over by B.J. Gillian provided by Procter & Gamble Co. or get a mani-pedi courtesy of Sally Hansen.

At this year’s meeting, there was a new wrinkle: High overlooking the Atlantic Ocean at the posh Breakers Hotel, men were being invited to a specially created salon just for them, complete with huge flat-screen TVs, snack bars and grooming services, including dry hairstyling, shaves and massages.

Male Zone, as the pop-up shop was dubbed, was courtesy of P&G’s men’s labels, including Gillette and Old Spice, brands that are making more noise with men than ever.

Men, it seems, are the new women, and they could be the target audience that helps bring mass retailing out of its slumber. That said, most men’s categories are down in food, drug and discount stores. According to sales data from ACNielsen for the 52-week period ended March 31, (including Wal-Mart), sales of men’s hair products are down 5 percent. Total toiletries in men’s declined 7.3 percent to $520 million. Men’s cologne sales totaled $247 million, a steep decline of 16.4 percent. Aftershave sales declined 3.7 percent to $118 million. Even shaving is off 0.4 percent to $2.9 billion.

But the category has great potential as a bevy of new items from major marketers including Gillette, Nivea, L’Oréal and Unilever are planned. Euromonitor estimates the men’s grooming business in the U.S. will reach $5.3 billion by 2012, up from $5 billion in 2007. The timing is right for companies to extend men’s offerings since many chains are ripping up their stores and reallocating space. In some cases, other categories get sliced to free up room for men’s products.

“There are lots of discussions about men’s grooming sections as they become more relevant,” said Anne Westbrook of P&G’s male grooming external relations team, who added that 70 percent of men claim to do some form of shopping and 25 percent of these shoppers leave a store if they can’t find what they are looking for.

Walgreens, for example, has a whole new look that features a reduction in stockkeeping units but enhanced product adjacencies. Rite Aid’s new Customer World prototype has created a men’s grooming area because, the chain said, “Men shop differently.” Duane Reade is highlighting men’s products, too, while Ulta has a men’s area in its new mass department.

Another example is Unilever’s expansion of the Axe franchise into hair care. When Axe debuted in the U.S. in 2003, it awakened a dormant body spray industry and started young men on buying fragrances. Trying to duplicate that success, Unilever branched into hair care. Once again, Unilever is taking the approach of using sex appeal to market the line. “With the introduction of Axe Hair, we see a tremendous opportunity to meet guys’ needs and help them navigate the mating game,” said David Rubin, marketing director for Axe hair in an interview earlier this year. “Our products are based on the consumer insight that guys groom to get the girl.”

Also vying for the male wallet are items from Beiersdorf’s Nivea, which kicked off men’s face care in 2001 in the mass market. According to Nicolas Maurer, vice president of marketing for Beiersdorf, Nivea Men has met with exceptional success. He said Nivea particularly suits the man “growing up” from some of the very young men’s items on the market.

“The builders of the category were Axe and Old Spice, but consumer research shows that when they pass 22, they outgrow [them],” said Maurer, adding that Nivea is now proposing Active3, a multitask item that is a shampoo, shower and shave wash all in one.

Retailers said the success of products like Axe did bring in young users who they know they must keep in the men’s aisle. To that end, many are studying male shopping habits to discern how to merchandise for men. This isn’t the first time mass has looked to males for a sales boost. The men’s market has promised growth over the years with new men’s products invading the market at other junctures. This time, however, retailers truly see more men — especially younger ones — shopping at mass and looking for both items and a department to call their own. Once in the store, they are greeted with more products made just for them. “Why would I send my wife to get my deodorant? She’s busy and I really know what I like better than she does,” said Gary Sussman, a shopper at a Rite Aid near Princeton, N.J. To make it easier for men to find what they want, marketers suggest more clearly marked men’s grooming sections.

“It helps to have an easy-to-find men’s area,” confirmed Beiersdorf’s Maurer. Most chains are trying to group men’s toiletries together in a men’s section, but like many merchandising evolutions, it is not happening overnight. And, as P&G’s Westbrook said, men’s products “need to be in a safe space” in the store, away from women’s personal hygiene products, for example. A report from Synovate, a global market research company, further suggests that marketing to men has its own set of rules. Men eschew coupons, even in today’s economy, and have made it clear they like products formulated for them. “In the end, men just want to be men. The drive to be masculine is near universal,” said Bob Michaels, the U.S.-based senior vice president of Synovate’s Consumer Insights group.

At least at The Breakers, men really had a place to call their own.