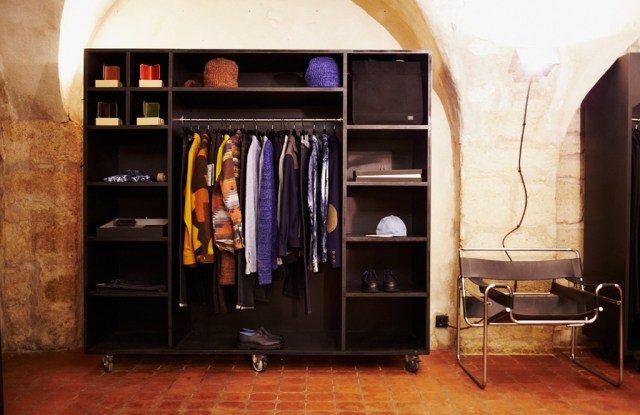 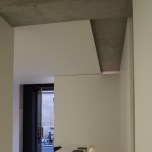 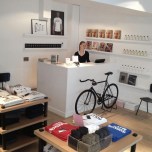 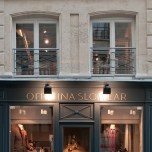 PARIS — With its trendy little food shops, cozy restaurants and art venues on every corner, the Marais is the most buzz-worthy of all Parisian districts, drawing crowds of arty types, fashionable weekend flâneurs and international hipsters. Last fall brought an influx of independent men’s retailers to the neighborhood, upping the area’s coolness factor even more.

With brands such as Ami Alexandre Mattiussi, 13 Bonaparte and Éclectic hanging up their hats, le Haut-Marais, just north of Rue de Bretagne, in particular has gone through a genuine transformation.

The entrepreneurs behind such labels are filling the void for what they feel has been missing in Paris: a more individual approach to men’s wear. “So much focus has been put on women’s wear that men got left behind. Now, everyone is trying to catch up, not just in terms of numbers, but style,” said Gregory Delos, 30, cofounder of Void.

If nomen est omen, Void, the newly established multibrand store at 3 Rue des Haudriettes, has tapped right into the notion. Proposing a cherry-picked bunch of designers, the 1,255-square-foot boutique has what it takes to become the new mecca for state-of-the-art wear. Styles by Yohji Yamamoto, Silent by Damir Doma, The Viridi-anne and Denis Colomb fill the racks. The brands sold exclusively there this season include Devoa, Lumen et Umbra, Marvielab and Forme d’Expression.

“It had to be here,” said Delos’ business partner Alexey Shumeyko, 31, “because this is where we can sell these kind of clothes. We choose brands that bring something new into the craft and that strikes a chord with the ‘40-plus’ with an artistic background — architects, photographers, composers — looking for something different, but wearable that mixes well with what they already have.”

Shumeyko, a math graduate, planned and built the entire store, disarming the toughness of its concrete and metal elements to produce an enjoyable atmosphere. “We really pushed the architectural envelope. It’s like a statement for people who pass by,” added Delos.

Around the corner at 11 Rue Chapon, Coïncidence set up a 1,333-square-foot, two-level unit. “Even though we are not close to any of the main streets, we get a lot of traffic from nearby restaurants, such as Andy Wahloo, and the surrounding galleries that specialize in the avant-garde,” said owner Lenny Guerrier, who devotes a great deal of time to sourcing what’s rare and hip. His key brands are Silent by Damir Doma, Dark Shadow by Rick Owens and Ann-Sofie Back alongside some exclusive deals with emerging creators, such as Calla, Unused and Martine Rose. “We exchange our selection every Sunday, which creates further traffic,” said the 31-year-old Guerrier, who worked as a salesman at L’Eclaireur and Pierre Hardy prior.

With a small selection of coveted design objects made in Japan and Germany already present, Guerrier plans to up the offering with the help of François Epin of Pierre Bergé & Associés. The auctioneer “will scout hot, new talent for us that are a match with the lifestyles of our clients — that eclectic bunch of people who don’t live here, but nevertheless spend the entire weekend in the Marais hopping from one shop to another, sipping coffee and strolling through the streets,” continued Guerrier.

Rue Charlot and Rue de Saintonge have become the busiest streets in the area. “I’ve been here for 17 years, never seen anything like this. The energy reminds me of London. It’s mushrooming here,” said Claus Lindorff, cofounder of Ron Dorff, the gymwear specialist who famously revisited the Björn Borg tennis shorts, making that Eighties classic look nothing short of cutting edge.

Sporting a Nordic spirit with soft-beige wooden floors and a set of sober white furniture “designed by Jérôme [Touron], the other half of Ron Dorff,” said Lindorff, the 388-square-foot unit at 54 Rue Charlot has been a “miraculous success. We opened on Dec. 4, and the numbers more than broke even. We actually thought it would be too expensive for the younger generation, but they seem to like it. With T-shirts priced at 55 euros [or $73.35 at current exchange], sweatshirts at 100 euros [or $133.40] and shorts at 95 euros [or $126.75], we are not out of control. But we’re not American Apparel either, you know.”

The line has indeed been so successful, a His for Her edition of butter-soft sweaters and fitted T-shirts, previously only available at Colette in Paris, was added to please the growing number of female clients.

Owners of Melinda Gloss, which has been present on Rue de Saintonge with its casual chic since 2010, are so pleased with the area they want to move the brand’s 333-square-foot store into a larger venue on the same street. “Acne arrived here last year, A.P.C. opened shop next to Merci and French Trotters is getting bigger,” said the label’s cofounder Mathieu de Ménonville. “With so many brands coming, this creates a great dynamic.”

De Ménonville said he doesn’t even bother with marketing, adding, “We communicate locally, organize parties and movie projections. People talk about it. This is better than a message that says: Buy, buy, buy.”

A homey feel is also what makes the new Officina Slowear boutique a coveted destination. The Italian urbanwear specialist, which already has a branch near Madeleine, took up residence at 75 Rue Vieille du Temple. Walking into the 888-square-foot, two-story shop feels like stepping into a stylish man’s home. Herbie Hancock records and Steve McQueen images, fashionably arranged on original vintage furniture pieces, provide an air of old gentlemen’s clubs.

The Slowear Group, which sells shirts at an average of 150 euros, or $200; knitwear at 280 euros, or $373.50, and jackets at 450 euros, or $600.20, has seen sales triple during the last two years, thanks to a customer “in search of smart, casual [understated] products,” said Mario Griariotto, who heads marketing and retail.

Gérald Rossi, cofounder and designer of two-year-old French casual urbanwear brand La Panoplie, quips there must be “something in the air. The upper Marais has historically been a men’s world. Just take a look at Rue de Turenne: men’s wholesale shops everywhere.” But, said Rossi, the reason he chose the location for his first boutique, a 330-square-foot unit designed with a Fifties vintage flair at 126 Rue Vieille du Temple, is “because it’s far from the mass-market brands of the lower Marais.”

It’s also here, at 75 Rue Charlot, that Rad Hourani’s “the gallery” completes the picture with a space as transformable as his namesake unisex clothing line. Equipped with removable racks that can morph into benches, the 330-square-foot gallery is apt to serve as a shop, showroom or exhibition space. “For now, it’s a pop-up store, but we will close for fashion week to do all fittings and castings here,” said store manager Erick Faulkner.

Fans can indulge in a limited reedition collection of the Canadian designer’s most iconic pieces, including his transformable jacket retailing for 1,400 euros, or $1,867, which is able to produce 22 unisex looks.